Zander Moricz, a senior class president at Pine View School in Osprey, Florida, awaited the day to say his graduation speech on his experience as a gay student and disapproval of the “Don’t Say Gay” bill. The bill does not allow teachers to discuss sexual orientation or gender identity in classrooms at specific grade levels.

However, the activist could no longer say what he wished after his school’s administration told him he couldn’t speak about his efforts against the “Don’t Say Gay” bill or his sexual orientation.

If Moricz did, his speech would be cut short by cutting off the mic, and the ceremony would be stopped.

“A few days ago, my principal called me into his office and informed me that if my graduation speech referenced my activism or role as a plaintiff in the lawsuit, school administration had a signal to cut off my microphone, end my speech, and halt the ceremony,” Moricz wrote on Twitter.

“I am the first openly-gay Class President in my school’s history–this censorship seems to show that they want me to be the last. This threat is not the first that I have received from administration about my queer rights,” he added.

Moricz shared how the administration “ripped from the walls” and told him to shut down the protest after they discovered he was organizing a Say Gay walkout.

His Twitter thread soon got more than 154,000 likes and 38,009 reshares as many people sided with the activist and his right to share his experience as a gay student at his graduation.

Moricz also made a statement which he shared with the student body and Twitter in early May.

He instead exchanged the word “gay” for “curly hair” and spoke about how his hair is a representation of who he is as a person.

“I used to hate my curls. I spent mornings and nights embarrassed of them, trying desperately to straighten this part of who I am. But the daily damage of trying to fix myself became too much to do. So, while having curly hair in Florida is difficult due to the humidity, I decided to be proud of who I was. I started coming to school as my authentic self,” Moricz said at graduation.

“Now I’m happy. And that is what is at stake,” he told the crowd. “There are going to be so many kids who have curly hair who need a community like Pine View and they won’t have one. Instead, they’ll try to fix themselves so that they can exist in Florida’s humid climate,” he added.

His speech received a standing ovation from the crowd, many of who wore “Say Gay” stickers to support Moricz.

A video of the speech given in late May went viral, having more than 8.5 million views and the attention of well-known celebrities, athletes, authors and more. 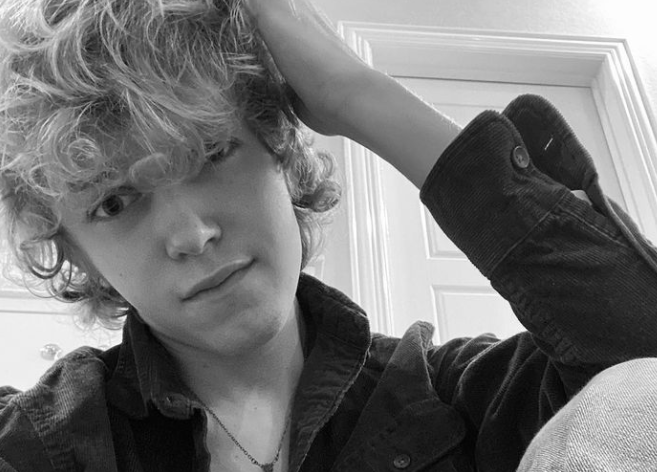