What if strangers wrote about you for 20 years?

I didn’t grow up like most kids. If I went to the doctor or dentist, I had to file paperwork. If I wanted to play sports, more paperwork. To travel, I needed to go to court to get permission from a judge, which led to more paperwork. I have 10 folders about two feet high of paperwork. That’s because I was raised in foster care. There’s paperwork for everything.

After 20 years in care, I emancipated at age 21. Now I’m working on a documentary about teens in the system and how adoption works. Filming the documentary made me curious about my life, which led me to want my foster-care court records.

If you’re placed in foster care, every six months there’s at least one court hearing where adults check in, supposedly on your behalf. It’s also mandatory for strangers to visit you at least once a month so they can write a report for the judge who then determines your fate. These court hearings and visits generate a ton of paperwork regardless of how much time you’ve been in care.

RELATED: A Journey Through Foster Care

When I finally worked up the courage to get my court records, I called Ben, who was one of my lawyers (all kids in foster care have legal representation). In California, kids have a right to get their court records at the age of 12, but they rarely do. I don’t think a lot of kids actually know they have this right, and who knows if adults are properly and clearly explaining what court records are, why they’re important and who it affects.

When I talked to my former lawyer, Ben, he told me that I had around 10 binders of paperwork and that it would take about two weeks for a legal secretary to make copies of everything for me. Then I learned it would take even more time because when I was in foster care, some of my family members were too, and for confidentiality reasons the legal secretary had to review everything and remove information about them from my records.

RELATED: Listen to “Adult ISH,” YR Media’s podcast about being an “almost adult”

The wait to get this redacted version of the truth was so painful and nerve-wracking. It’s what I imagine someone might feel like when they’re trying to figure out if they’re pregnant or not, or if they have an STD or not. That’s how intense it felt.

After two weeks, I got a notification from Ben, telling me my court records were ready and that I could come pick them up. Going to San Jose to meet up with him felt like one of the longest drives ever. The moment I saw my records, I underestimated how heavy they’d be. When I lifted them, I felt the literal weight of my life in my hands. I thought to myself, “This is me.”

Reading the records, I felt exposed in a cringy, involuntary way because the records are full of information I had no choice but to give.

Having to open up to people against your own will is one of the most violating things that has ever been done to me. On top of it all, it seems like almost everyone in my life had conversations about me on the record but behind my back.

RELATED: My Journey Through a Psych Ward

As I read my documents, I felt confused and betrayed. At certain points, it was like I was reading fake news about my own life. At other points, it seemed adults put the blame on past-child me so they wouldn’t look bad. If I felt sad or angry or even lonely, somehow that was a sign there was something wrong with me, instead of what was happening to me. Reading the records, I understood the pain I felt as a child in a new way.

Despite how hard it’s been, I can’t stress enough the importance of getting your court records. There’s something special about taking initiative, about being a detective of your own life. I wanted to reclaim something that’s mine. I knew little to nothing about my own origins. I met my biological mom when I was 14 and I never met my biological father or seven of my 11 siblings. Even though a lot was redacted, I still got information about these family members that I otherwise wouldn’t have had.

When you leave foster care, you have a “termination” court hearing and sometimes you get a gift. At mine, I got a stupid $10 Jamba Juice card — I can’t even get a large with toppings! I’ve actually kept the card as a tragically hilarious parody of what a memento should be.

But what if instead of lame gifts, kids were given their own court records, encouraging them to be more involved with how government works by starting with their own lives?

In California, foster kids age out of the system at 21, and that moment can feel like a kind of divorce. But actually, it should be celebrated as a once-in-a-lifetime event, like a cotillion, a quinceanera or a sweet 16. The termination hearing is a book-end on a chapter of your life. It’s a bridge to becoming an official adult, a stepping stone from child to grown-up. And getting your court records at this hearing could become a new tradition, a way to embrace your past as a person in foster care and move on.

Noel Anaya’s documentary project is part of an ongoing series about foster care that he has produced which includes a piece he wrote about navigating school and a radio story he made about emancipating on his own terms. The narrative continues as he journeys into his new, free life after foster care. 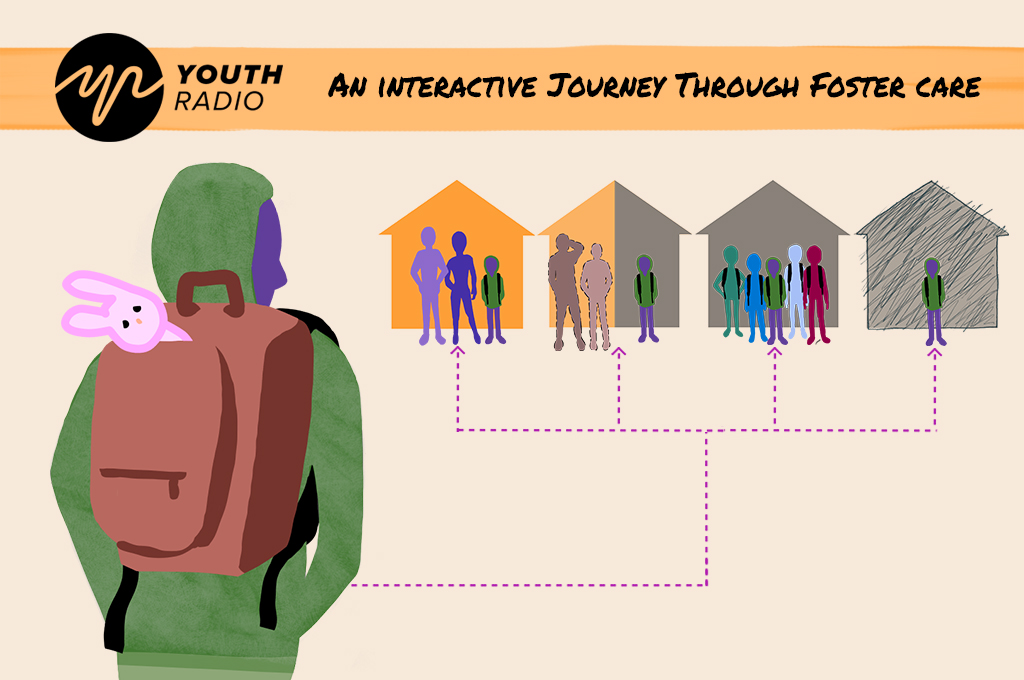