Asha Imuno wants to be known as an artist of the new age. The Moreno Valley, CA, native dropped his debut project “Full Disclosure” this past February. Imuno is part of the musical collective Raised By The Internet, which was formed in 2017 over social media. Imuno writes and composes music himself. He cites his musical background as always being a constant in his life, especially with his history of being a part of band in middle school and his keen interest in music composition. Just as the title suggests, “Full Disclosure” is an honest and vulnerable body of music. He doesn’t shy away from any topic, interweaving each song with his own experiences and genuine outlook on what life is like, as well as the promise of integrity and trueness.

After listening to his music, I found myself interested in not only the songs but in the artist behind them as well. I was impressed with how open he was about what was personal to him and how he framed it in such a way that anyone could relate to it. I recently got the opportunity to interview Asha, where we discussed vulnerability and the importance of self-expression, and how he utilizes them as tools of interconnection.

I grew up around music. From a young age, I was really interested in music and composition. Throughout middle school, I was a band kid and that was my thing for a while. In my freshman year of high school, I quit to focus more on composition, starting with jazz and classical stuff, and then transitioning into R&B and then into hip-hop.

When did you first realize music was something that you wanted to do?

I think even when people started to take it seriously, I still wasn’t thinking about it as something that could become a really serious, professional thing. And it was only when I streamed my first single on all platforms and people responded to it in the biggest way, I think that was when I first realized that it could be something that I could do as a career.

I saw that you’re a part of the collective Raised By The Internet. Could you explain how that came to be?

So I found Jelani, the founding member of Raised By The Internet, just on Instagram while scrolling and I instantly really liked his music. And I started to take inspiration from it and we started exchanging messages back and forth, and he found my music after a while and really liked it too. He asked me if I wanted to join a collective and introduced me to everybody and I think a days after I joined the collective, we started working on our first project and finished it in like a week, and put it out not too long after that. And the rest is history.

If you could, how would you describe yourself as an artist?

As an artist, I think I would describe myself as honest because that’s really the most important thing to me. With the music that I make, at least, is just being honest about my experiences, emotions, and just everything in my life. I like to let it bleed into my writing and even in my composition, structure, chords, everything. I just like to put myself on the table.

When writing a song, where do you get the most inspiration from?

I find the most inspiration from little everyday things, like normal, plain parts of my day. I feel like a lot of times in music, the goal is to be as dramatic and theatrical as possible but I like to write from the perspective of the average person, so that it’s something people can relate to. But I still try to take an in-depth approach to explaining my emotions and everything, so sometimes it’s the more dramatic parts of life. But for the most part, I take the most inspiration from regular stuff, things around me.

For the most part, it varies case to case. Sometimes I’ll just out and about and think of a bar and write it down, and come back to it later. Or sometimes, those notes just get lost and I never come back to it. But other times, I’ll sit at my desk with a clear goal and know that I’m gonna do with a song and it almost never goes exactly how I thought it would. Depending on whether I’m chopping a sample or playing chords, whatever it is. I might start with drums first and I could click the wrong sound and end up interested in a totally different kind of song and it changes everything.

Where did the idea for your album “Full Disclosure” first come from?

I had the idea of making an album in general for a really long time. I tried a bunch of different concepts and they just didn’t feel quite right, because I felt like I was trying to do too much for my first release. And I eventually just realized that the best idea would probably just be to introduce myself. I feel like the goal of “Full Disclosure” is to be vulnerable and open with the listener, and I feel like it’s pretty transparent. And that was my goal.

I love that you just mentioned being vulnerable because on your song “February Fever,” you sing about confessing your love to someone who then doesn’t take it seriously. Why do you think it’s important to showcase vulnerability in music?

I think vulnerability is important in music because real people are vulnerable and it humanizes not just me as an artist, but it humanizes struggle and makes it something that’s not so rare. It makes people feel like their experience isn’t something that just falls on them. And I feel like at the same time, it helps people become more attached to me as a character and as an artist because they can see themselves in the work that I do.

What has been your favorite part of making music?

My favorite part of making music has been how unexpected collaborating could be or how spontaneous it could be. Songs like “New Eyes” on my album, that song was supposed to be just me, a cool little whatever song. But out of nowhere, I got the idea to put Damian on the song, and it took a long time but after he got everything back to me, it was a completely different concept it felt like. I think as a whole that’s the most fun, when somebody can share an idea with you and give birth to something that didn’t exist before.

What do you hope people take away while listening to this album?

I hope people take away a sense of and willingness to be more vulnerable. Because moments of extreme joy on the album, extreme despair, and love and stuff like that. And those emotions wouldn’t have been as visible had I veiled the way that I felt or chose to write about something that was cooler. I hope that people feel me as an artist and have a better understanding of what I plan to do in the future. 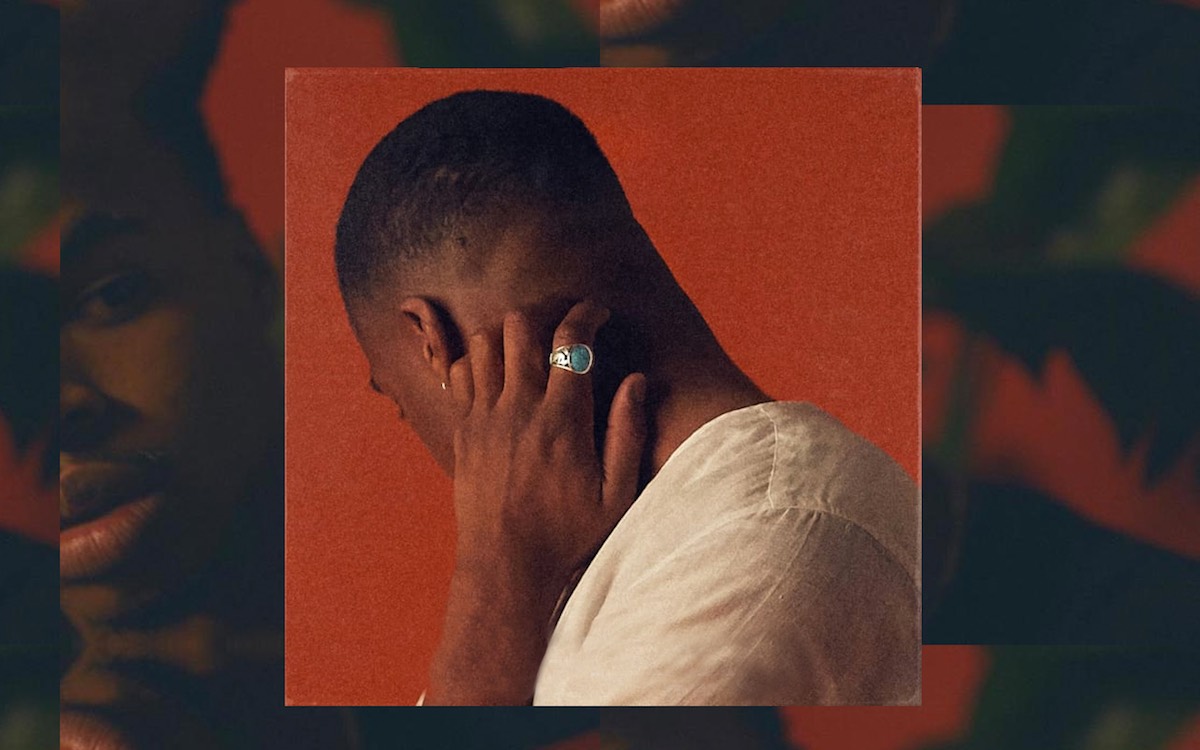