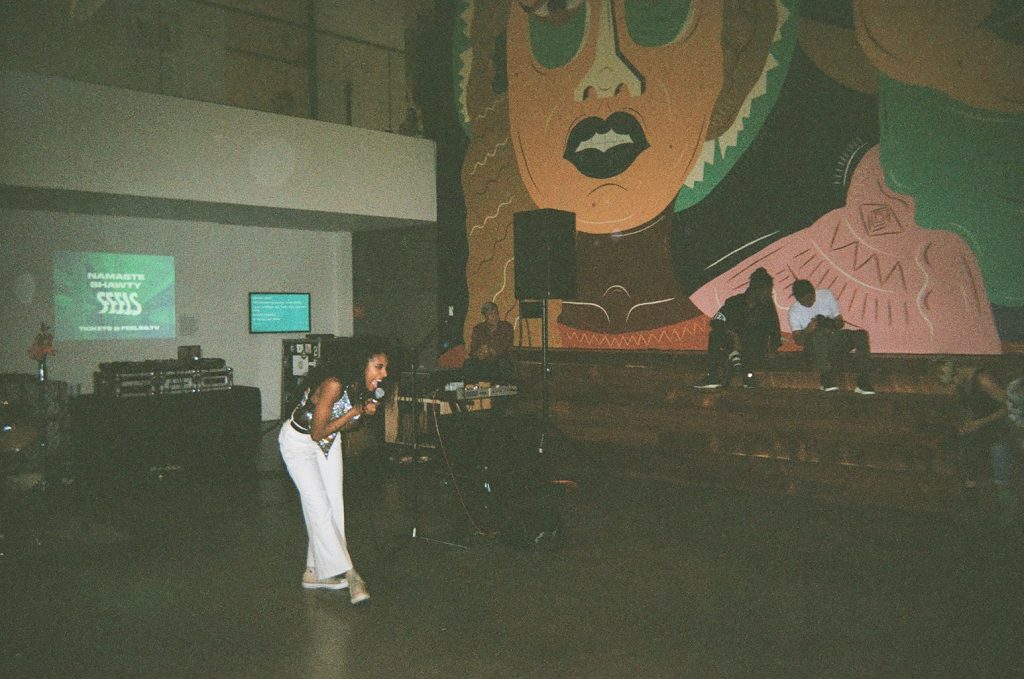 The first FEELS took place in 2014, in a quaint West Oakland gallery not too far from Downtown Oakland. Celebrating the growing art scene, full of acts that were ready for the big stage but weren’t necessarily given that. Originally the underground festival operated bi-annually until issues of space became an issue. However after a two-year hiatus FEELS is back in effect, giving artists and performers alike space to blossom.

Wine & Bowties gave us a preview of what the upcoming micro-festival would look like when they partnered with BAMPFA on April 10th. Acts such as Spellling, Toro y Moi and more graced the stage, while patrons viewed the dynamic art displayed via the Way Bay exhibit. We documented our experience at BAMPFA, and we thought we’d share some words and photos of what it was like to live stream an event in this capacity. You can watch the live stream below! 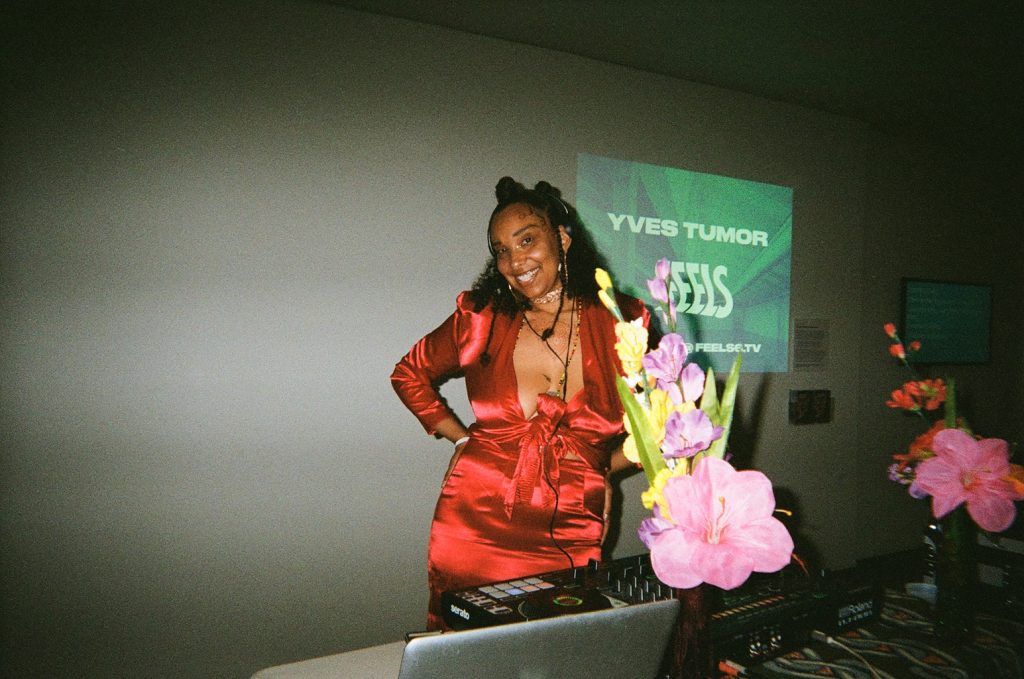 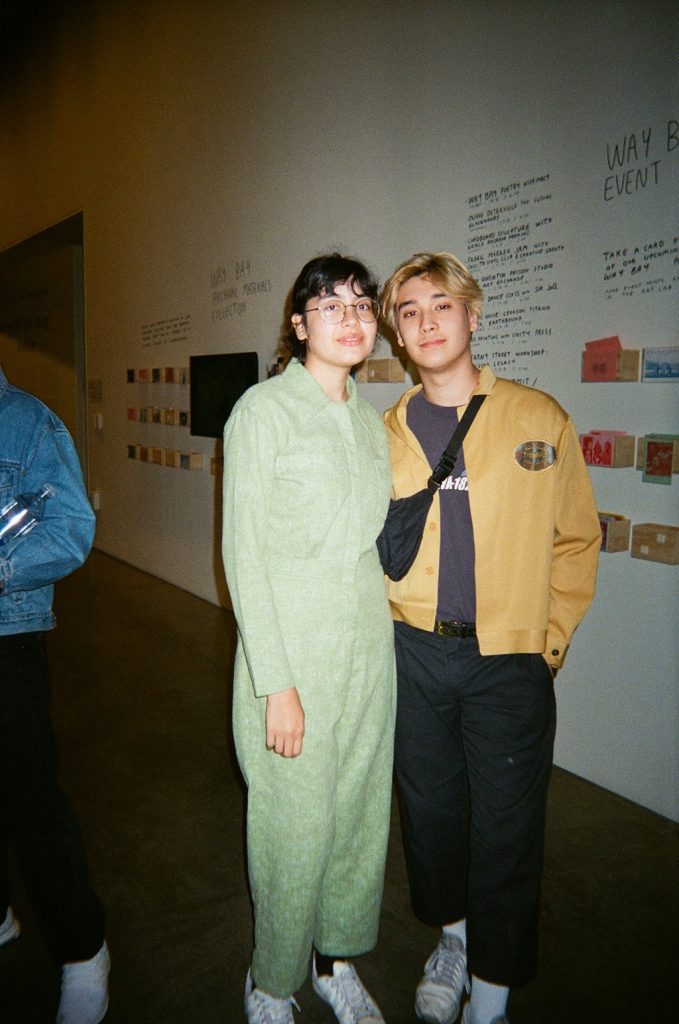 “Feels VI announce party was one of the most memorable events I’ve ever been too. The fact that I was able to be a part of it through Youth Radio and live stream the beautiful performances was amazing. One of the best moments that happened that night was seeing the local artist Spellling for the first time. Her voice literally moved my soul and left me speechless. The event was full of astounding artists, can’t wait for the festival in June.”  – Stoney Creation 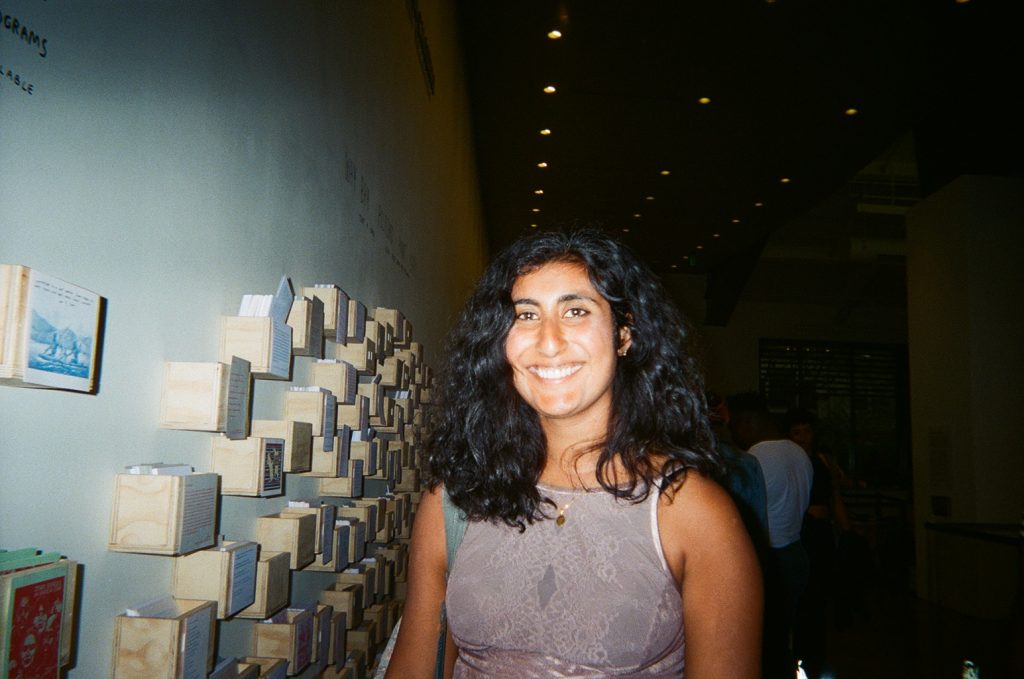 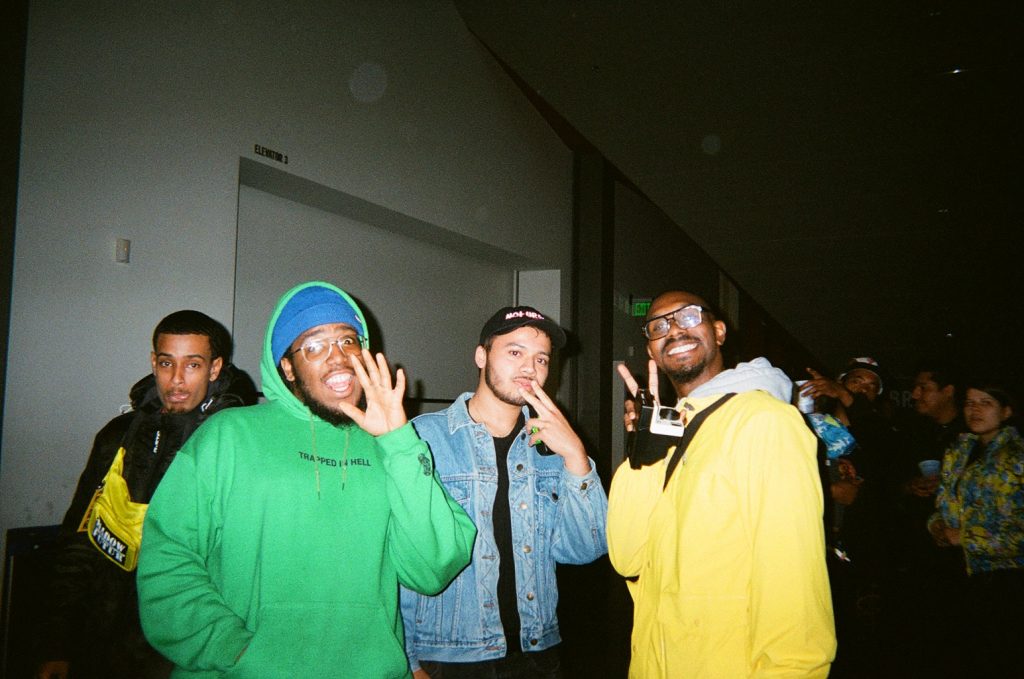 “My experience at the Feels announce party was dope. I usually just stay in the studio and produce, I’ve never really worked with cameras so it was the first live stream event I was part of. Setting up weird but dope shots during the event was definitely something new to me but it was fun to tap into the graphic design part of media/arts. I was able to put myself on to new music that was slapped there which is always a fat plus, so overall the event was pretty lit.” – Jessica Brown 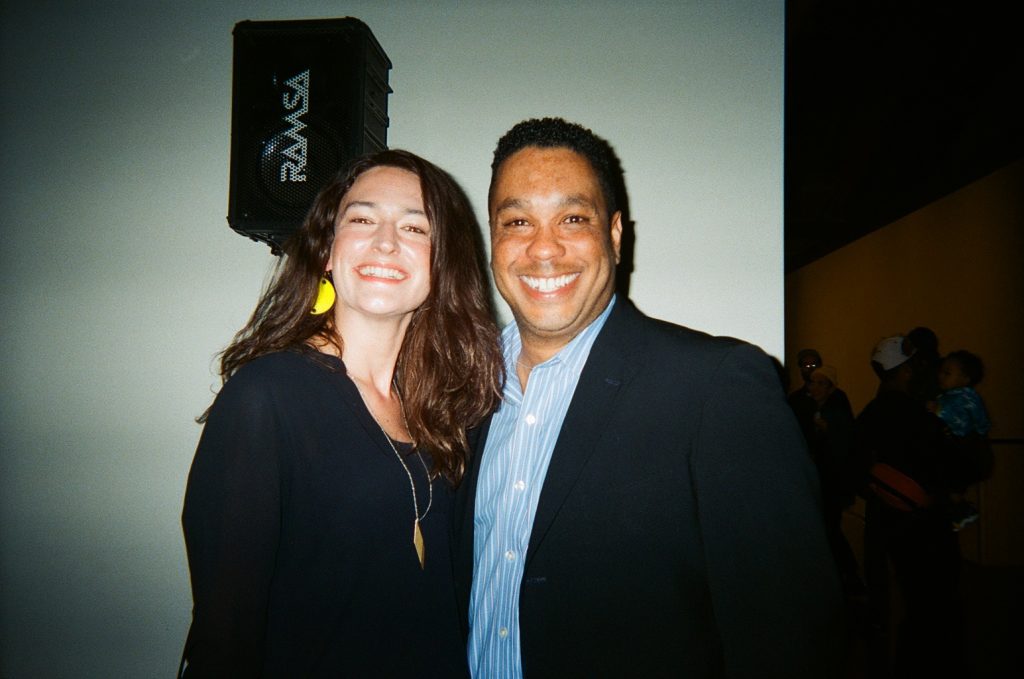 “My time at the feels preview was one I won’t forget. I’ve always wanted to go to a Wine & Bowties event and to finally be able to do not only that but to be a part of its promotion I feel is a great step in life for me. I will always seek to be involved in things that I respect and care about. That aside, the performances and people there were amazing, and I am greatly looking forward to that next event in June because I know it will be 3x as amazing as the event at BAMPFA.” – Gabriel Saravia 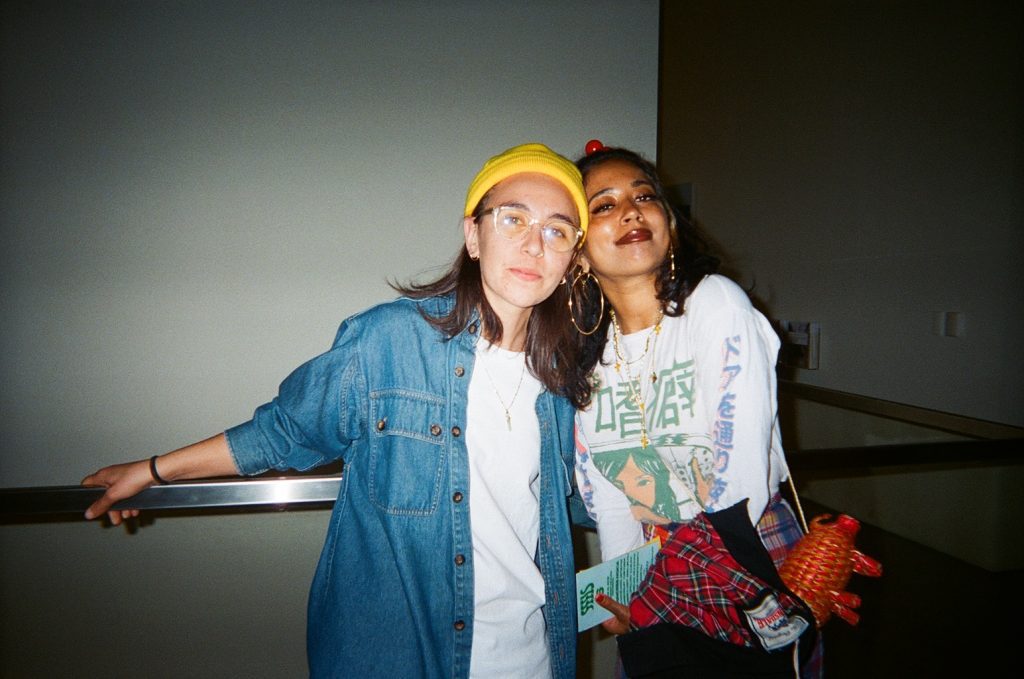 “We did the live Feels 6 at the BAMPFA Museum, which was incredible. We limbered up before the performance by preparing for the event at YR. We’ve live-streamed before, and we’re getting better every time. Our members cooperate very well and gain lots of hands-on experience. The performances were amazing, we hope those who didn’t have tickets to the sold-out show could watch too. I am excited and happy to be part of the live streaming team with All Day Play.”  – Lois Chen 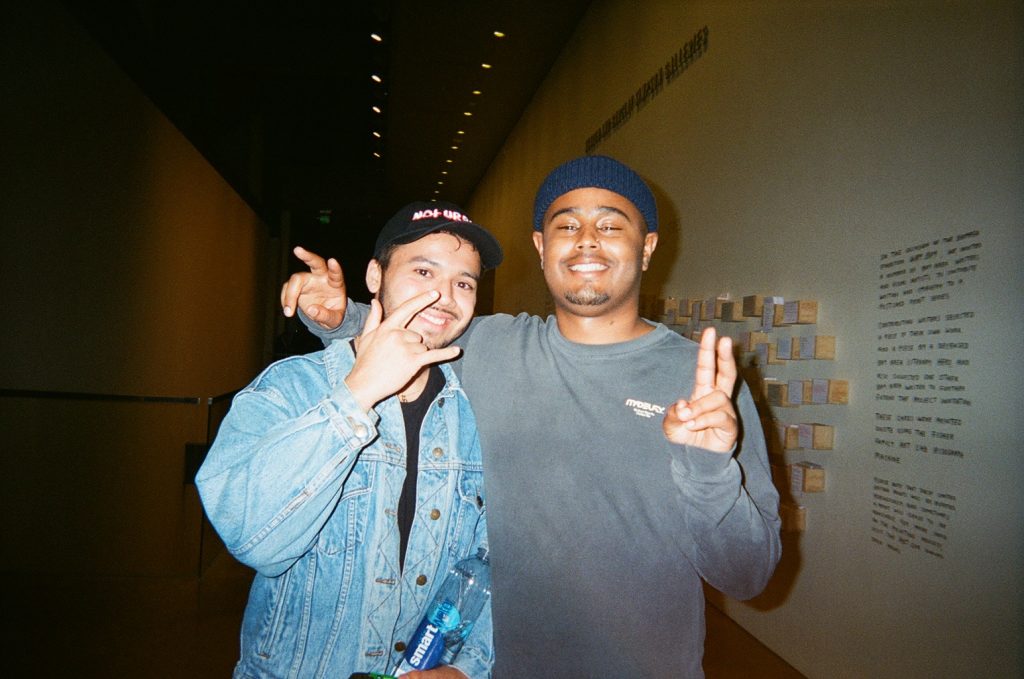 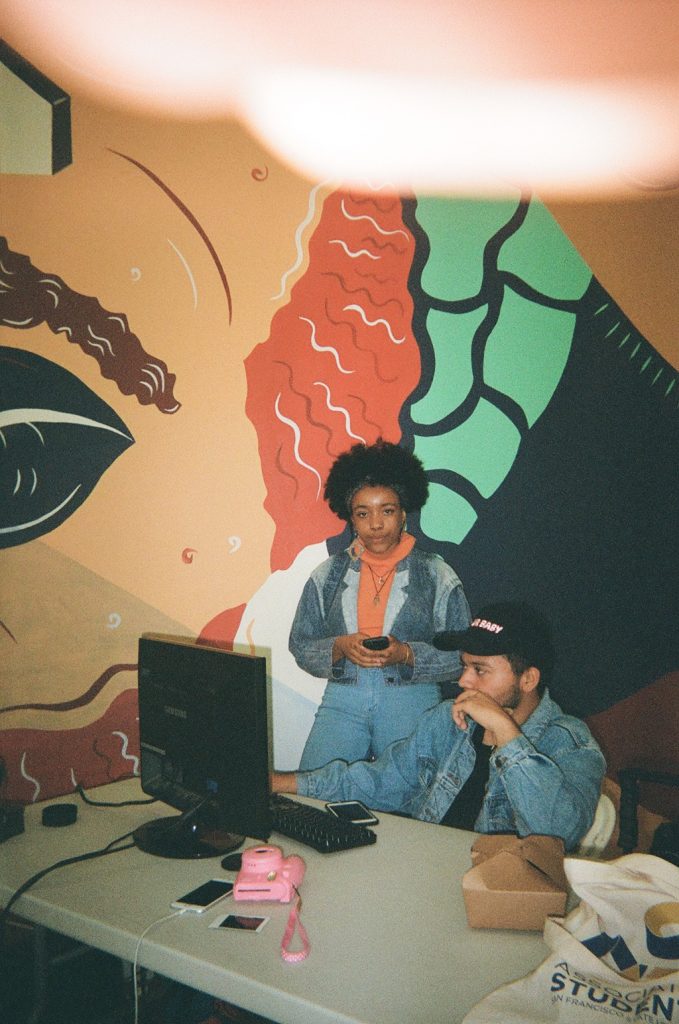 “The Feels announcement party was overall a great experience. The setting, the vibe, and the aesthetics were all there. Feels did a great job choosing their location. BAMFA’s installations were dope, and the theatre was great space to showcase the artists who performed. BAMFA really set the vibe for the event and I think it was the best choice possible. Fela Kutchii went crazy on the 1s and 2s in her opening set. She played a variety of dope music including artists like ALLBLACK and 03 Greedo and other artists I don’t know but sure like too. Spelling had some crazy synths, her vocals were very unique something I haven’t really seen before and she was for sure a natural performer. Toro Y Moi also did his thing on the turns, he did a really good job of closing the event. He was able to draw the crowd in and have people dance and vibe out to the music. I liked how he was able to make people dance without playing a lot of mainstream music. I had a great time at Feels and I’m for sure ready for Feels IV in June. Ya Digg” – Edel 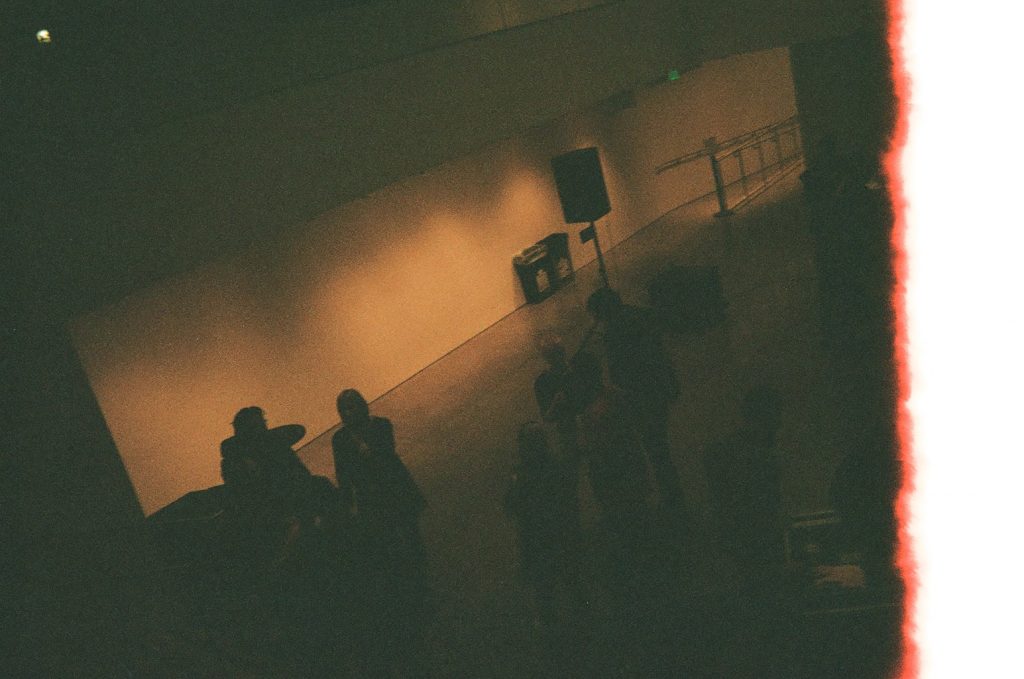