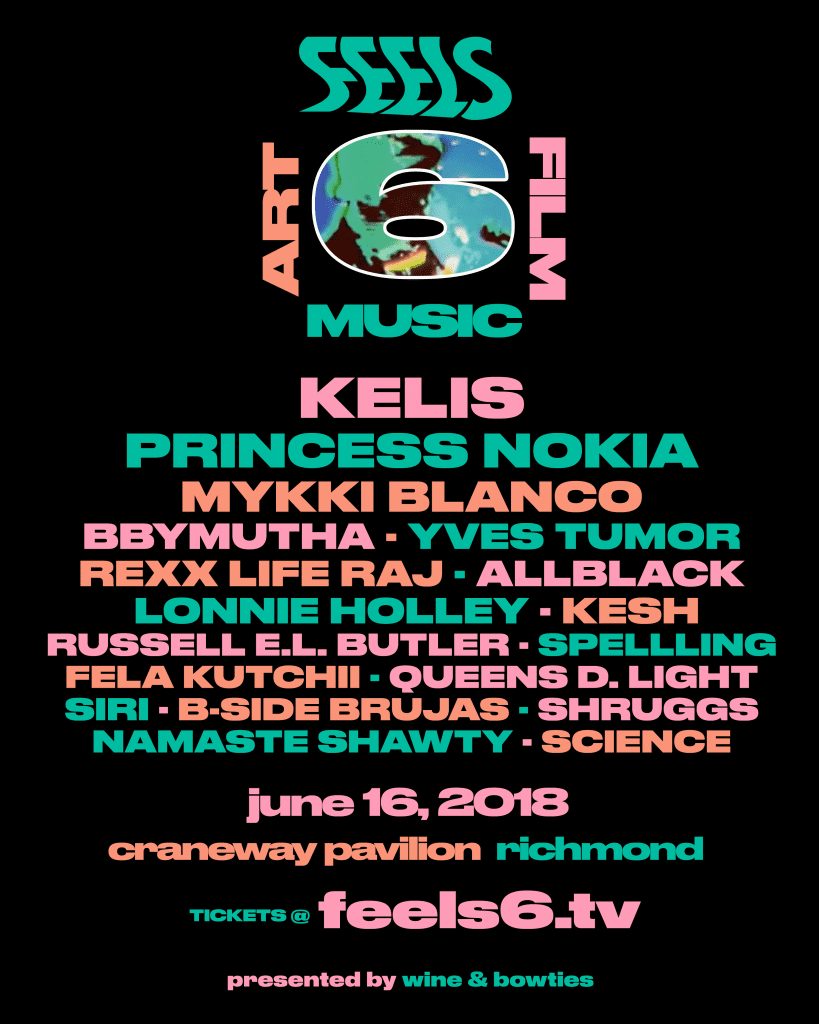 By the Bay and for the Bay is the sentiment that FEELS 6 prides itself on. The music festival and art show, started in Oakland, California will move to Richmond, California this Saturday, June 16, to showcase local Bay Area talent alongside national stars. Youth Radio’s live-streaming team, All Day Play, will also be in attendance live streaming the event on Twitter and YouTube.

Here’s who we’re most excited to see from this year’s FEELS music lineup:

The sky is within reach with Queens D. Light. The rapper will surely take you on a cosmic trip during her set at FEELS 6. Hailing from Oakland, her raps are serious and confident, reflecting a call for action, and aided by the sample and effect heavy production that builds her unique sonic world. Out of all the acts that Feels 6 will showcase, Queens’ set will exude a therapeutic chill. Check out the tracks “California Wildflower” and “Shroomin’” to feel the hypnosis.

DJ Namaste Shawty, who has been posting her mixes on SoundCloud since 2016, knows how to make a crowd go wild and keep it wild. Her mixes boasts hard-hitting music that rep hyphy, trap, and alternative sounds that are guaranteed to make you hit a move or two. Namasté Shawty also doesn’t shy away from touching on issues such as racial representation and gender equality to make the dance floor an inclusive and fun space for all.

Kelis, the loving, eccentric personality who famously brought all the boys to the yard in 2003 is headlining this year’s FEELS 6. A veteran of the industry, Kelis’ artistry has always been out-of-the-box with her vocal style and her fashion choices. Standouts from her discography include “Caught Out There” where she yells about a cheating man with a funky flair, to “Milkshake”, an anthem celebrating the power of her sexuality, and “Rumble”, an earthy track that sees her break down her divorce backed by soulful vocals. I expect her performance at FEELS 6 to bring out the sassy, groovy, and sexy Kelis we have all grown fond of throughout her career.

Oakland’s very own, ALLBLACK is the next upcoming rapper out of the Murder Dubs. ALLBLACK builts a buzz around his name with his early projects No Shame 2 and his Kimson EP, where he raps about the ins and outs of pimping. Having recently sold out his first headlining show in Oakland this month and turning up the Fox in front of a sold-out crowd alongside SOB x RBE earlier this year, the rapper has solidified his position as a contender to be the Bay Area’s next star. On his latest project, Outcalls, ALLBLACK collabs with Southern California rap group, Shoreline Mafia, 03 Greedo, and Vallejo’s Nef The Pharaoh.

The Berkeley native Rexx Life Raj “rapsings” soulfully about daily life and everyday struggles. Rexx developed his love for music through church and started rapping when he was only six years old. With school as his main priority growing up, Rex received a D1 scholarship to play for Boise State’s football team. However, instead of pursuing a career in professional ball, he decided to chase after a musical career as a rapper. In 2014, his first EPs, Hidden Clouds and Portraits lead to his debut studio album, 2017’s breakout Father Figure featuring hits such as, “Moxie Java,” “Shit n’ Floss,” and “Handheld GPS.”

As her name suggests, BbyMutha is a hailing rapper from Chattanooga, Tennessee, the mother of 4 proudly raps about her femininity and the struggles of raising kids as a single parent. In 2016, she released an EP, Glow Kit, that features the singles “Roses” and “Rules.” She raps about the rules of hooking up with desperate men and plotting on her man’s sidechick. BbyMutha definitely raps about interesting topics and delivers them in a very smooth way. She brings back the old school feel of rap.