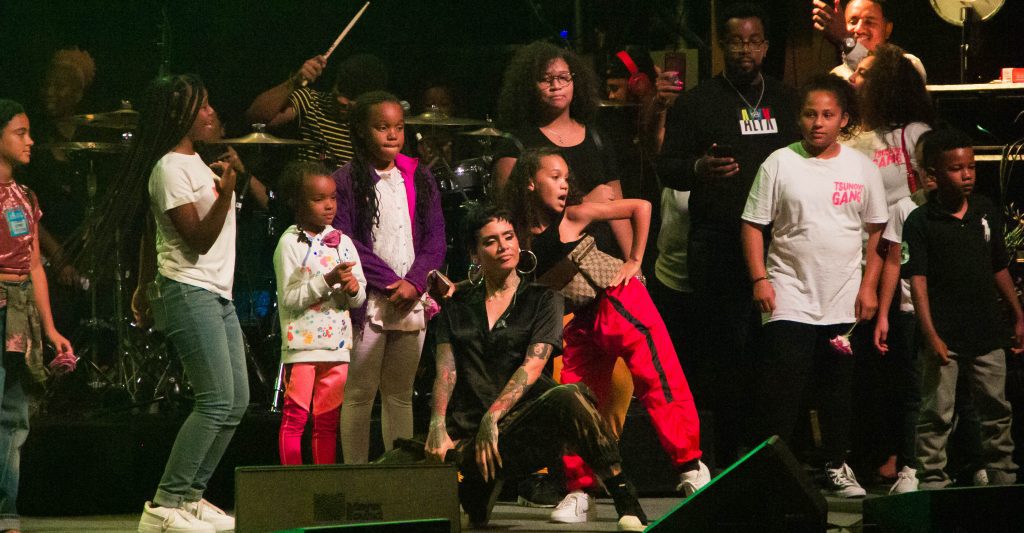 Recently, Kehlani and friends hosted a benefit concert titled TSUNOVIGANG, considering the vast amount of charity work and philanthropy she does, this is not out of the ordinary. TSUNOVIGANG was dedicated to Nova Phoenix, a 2-year-old Oakland native who is battling Leukemia. Sets by Kehlani and openers such as DAGHE, Jean Deaux, and Saba were true to the cause, keeping the heartfelt emotion and vibe alive for all the people attending. In addition to that, everything about the show was unique: the setlist, energy, cause, and location all combined to create the perfect night that inspired everyone. The setlist fit nicely with the vibe of the night, as it didn’t just feel like a regular Kehlani concert. Kehlani didn’t just perform her hits, she played songs that left you feeling loved. Kehlani had the crowd sympathize and reflect on who they were supporting by coming to the concert. Not only that, but witnessing the love that was expressed for little Nova by the crowd and performers was eye-opening and heart-touching.

AUNTIE SOLANGE DONATED 50 TICKETS TO RAFFLE OFF FOR TOMORROWS BENEFIT CONCERT IN BERKELEY! IF YOU WOULD LIKE A CHANCE TO ATTEND AND SUPPORT, HIT THIS EMAIL WITH YOUR FULL NAME TsuNoviraffle@gmail.com THANK U THANK U SOLANGE YOU ARE AN ANGEL 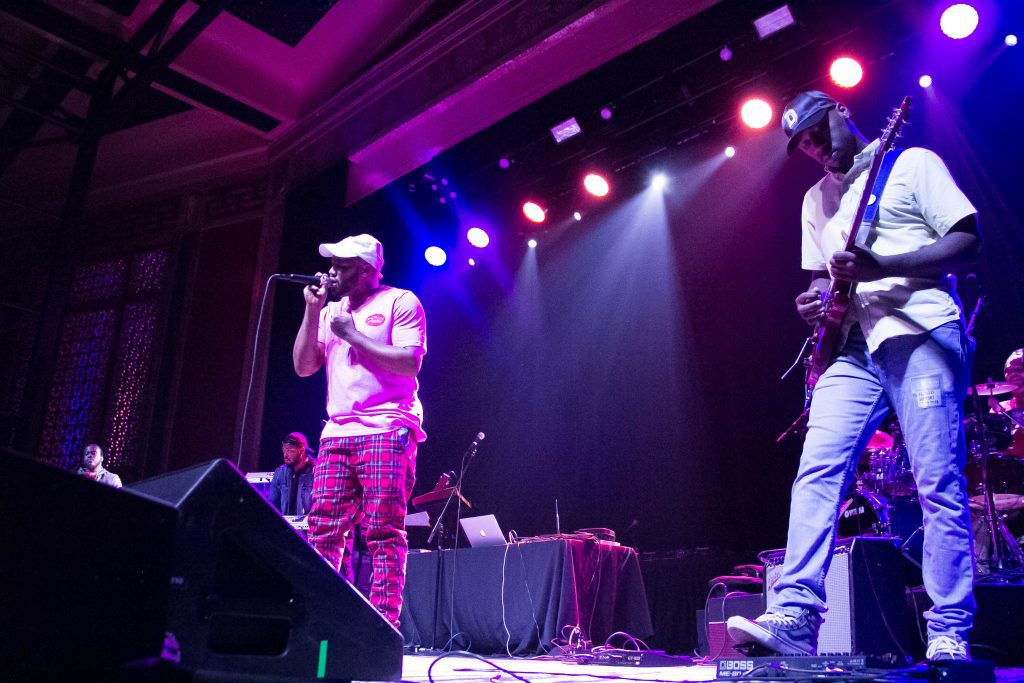 What also made this show special was the overwhelming support people were willing to give for the cause and Nova– fans on twitter bought tickets for fans who couldn’t afford the show. Solange donated 50 tickets for those who couldn’t afford the show. TSUNOVIGANG was held at Berkeley’s UC Theatre, an intimate venue only a BART ride away from Oakland– Kehlani’s hometown. Her most sincere fans across the bay area, and local talents such as Goapele, 1-O.A.K., and Rexx Life Raj, were able to come together and share the love and support for Nova.

Walking into the venue I could only get this overwhelming feeling of intimacy. The theatre was small enough where you could see the main act without a problem, but big enough to enjoy and wild out in. This venue was an ideal fit because as a fan, you could feel the connection with not only the artist as they performed, but also the crowd as well. When I got in the pit, DAGHE was holding it down with a DJ set. Although DAGHE is a DJ, he has polished his ability to control the crowd, between a perfectly timed set, amped-up energy, and blasting Bay Area classics like “No Hoe” and “Tell Me When To Go.” DAGHE made his mark on the crowd. 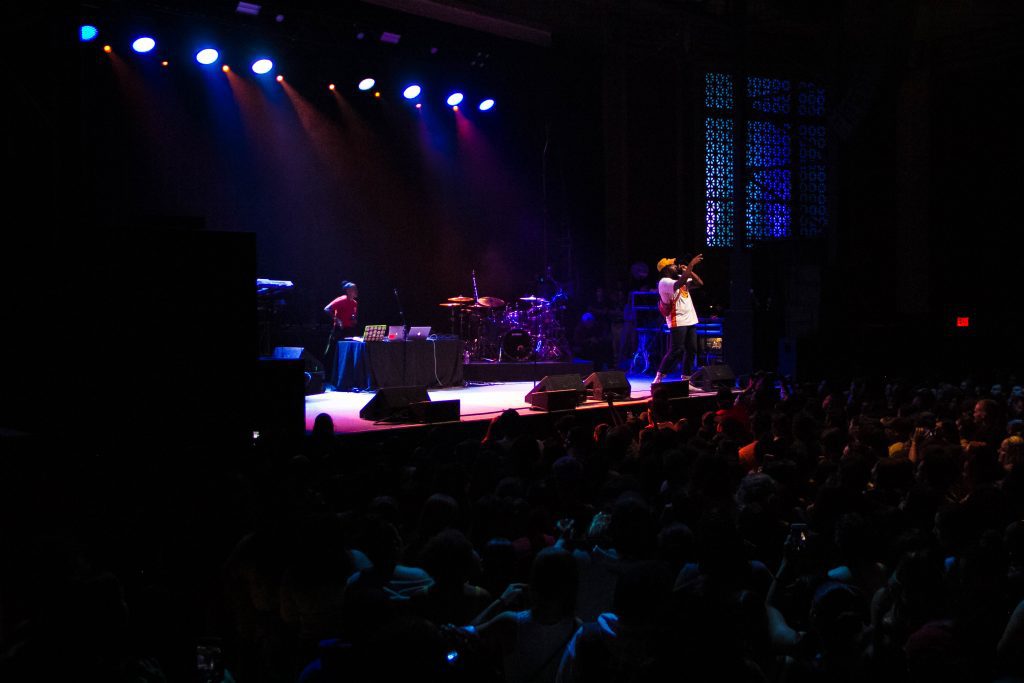 This energy continued throughout the night with acts like 1-O.A.K., Jean Deaux, Shruggs, Rexx Life Raj, and Saba, who all had surprises up their sleeves. When coming in, I was skeptical. I didn’t know what to expect from any of the acts. I’ve listened to their music, but never seen them perform live. However, it’s safe to say that their sets exceeded my expectations and made me a fan. First was 1-O.A.K., a Youth Radio Alumni from Oakland. He carried the show with his groove. He performed “Grab Somebody,” a house joint that sent everyone dancing. Jean Deaux wowed the crowd with her lyrical ability. The singer & rapper from Chicago, initially started off her set by singing, as expected. However, things took a sharp turn when she started to rap a verse from her song “Wikipedia.” The delivery of her rhymes were on another level, and the venue was left in shocked after her set. Then, Rexx Life Raj laced the crowd with elegant melodies. The Richmond native and Youth Radio Alumni radiated a calm atmosphere with his set, his flow matched it perfectly. Saba, the chicago native who is also Jean Deaux’ cousin, shifted the mood with his set creating a more serious tone. Although the mood changed, he still catered to the energetic vibe of the night with his liveliness. He was extremely enthusiastic while he danced along and played more of his high-tempo songs that got the crowd jumping. All of the opening acts proved themselves to be crowd favorites throughout the night. I even had a group of girls next to me look up each of the artists on Spotify and save their music to their playlists. In addition to the openers, what really stole the show was the surprise guest appearances by J. Valentine and Goapele. 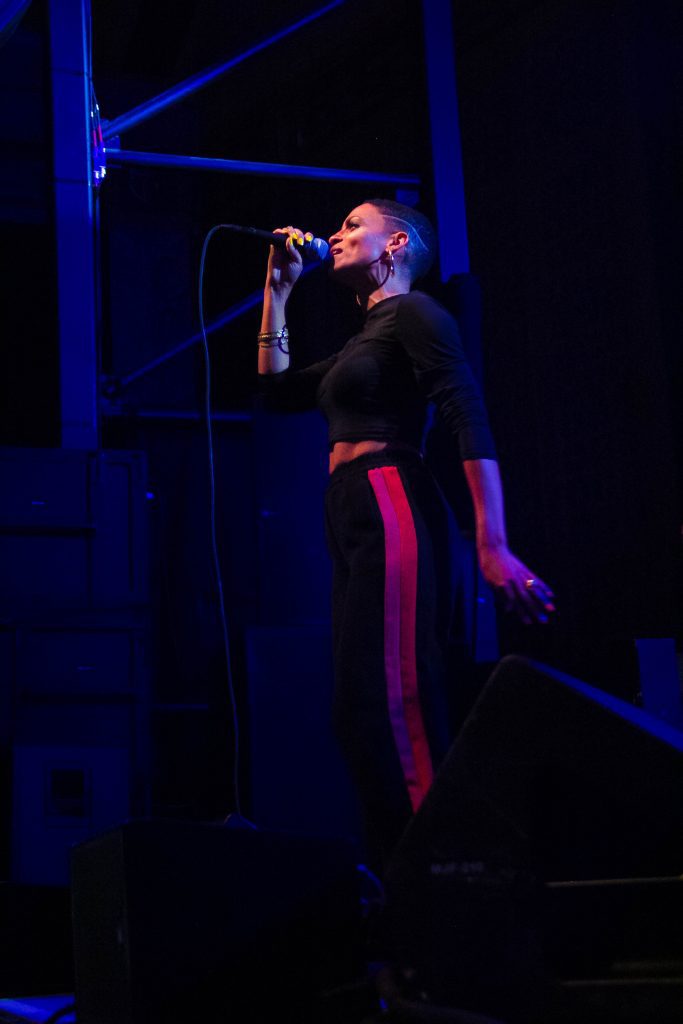 Just when the crowd thought Kehlani was going to come out, Goapele shocked the crowd with her regal appearance. When she stepped on stage, everyone bursted into cheers while she held a beautiful stage presence as she performed her classics “Closer” and “My Love.” Both songs exuded tranquil energy that silenced everyone with peace. She performed “My Love” alongside her daughter. This moment struck a chord with me, as it represented how precious life was, Goapele even added why Nova was important to her to connect the two, and the moment with her daughter singing alongside resembled it perfectly.

The amount of effort all the artists put towards this show is touching. There’s a certain synergy through each set that matched and synced with one another. The reason being is that all the acts are familiar with each other that they know each other like a family. It’s the reason why DJs such as DAGHE and Shruggs complement the artist that goes before and after them. The energy also feels to come out naturally from each performer, making it seem that it wasn’t a problem for any of the acts to band together to help raise money for Nova. That teamwork and love glues this show together. 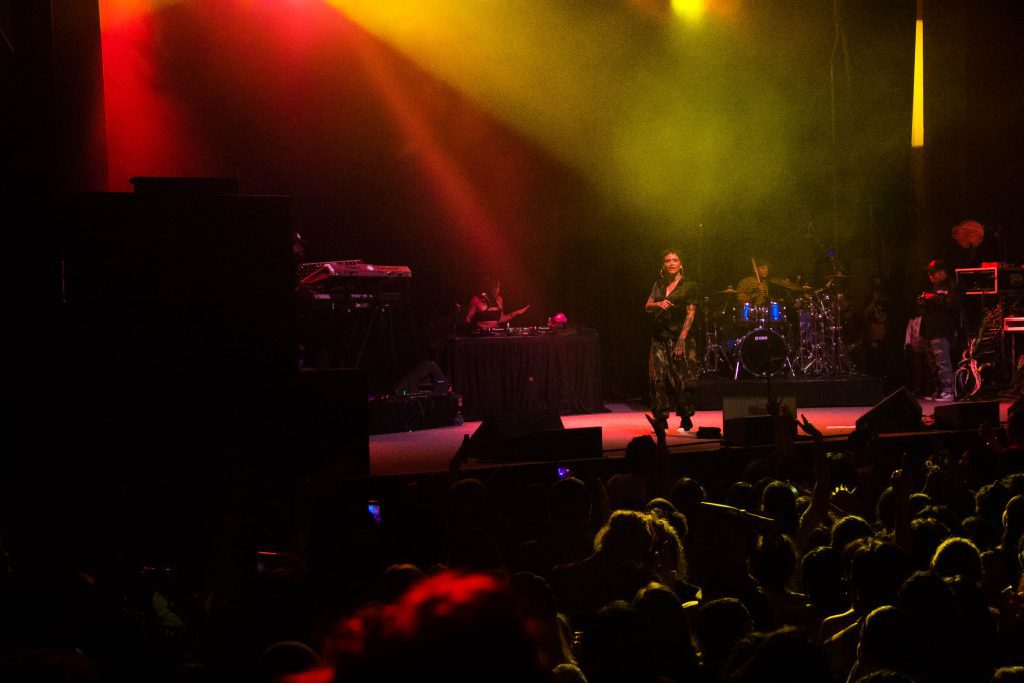 Once Kehlani stepped on stage, the crowd erupted in cheers. She humbly accepted the applause but wasn’t afraid to quiet them down by setting her intentions for the show: the show was dedicated to Nova, a show that will allow the 2-year-old to live a healthy life. That message didn’t lessen the amount of fanfare the crowd had. She opened up with “Undercover,” and “In My Feelings” a bright burst of energy that charmed everyone. Kehlani was about to create a sexy atmosphere by performing her Chance The Rapper-assisted hit “The Way.” Kehlani then invited J. Valentine to perform a bay area rendition of “I’m Sprung,” aptly titled, “Go Dumb.” As Kehlani weaved through tracks from her debut mixtape and collaborations, the crowd was especially active when she performed her remix to Saweetie’s “ICY GRL.”

The Oakland bred singer marked the end of her performance by calling all the children from the crowd to come up to the stage and sing and dance to her hit “CRZY.” This is something that she does at each of her shows, however this was special given the purpose of TSNUNOVIGANG. It felt even more fitting that the kids were getting the appreciation and love they deserve while they’re young. Finally, she brought up Nova’s dad, Ngozi Gant, who teared up while thanking everyone for coming out and supporting Nova on her path to recovery.

Overall, TSUNOVIGANG proved itself to be a spectacular night. The show touched on a variety of emotions and feelings that weren’t just for admiration, but enjoyment as well. All the performances from each of the acts emphasized love and the importance of life in a multitude of ways, whether it was for yourself or for others. Everything about the show was pieced together and executed in the right way. If Kehlani held another show for Nova, I wouldn’t want it be any other way. You can help by donating to Nova’s Gofundme or by buying merch from the online shop, 100% of proceeds go to Nova Phoenix’s leukemia recovery fund.