The Chicago rapper attempted to release the album the same day as Kanye West’s “Donda 2.” Instead, Lil Durk opted to push the album back by several weeks, dropped a single and announced his new release date, March 11. Lil Durk captioned a photo of a blurry baby picture of himself on Instagram “7220 the album droppin 3/11 🚨Ahhh Ha out right now go run it up,” in February.

He previously revealed the meaning behind the album’s numerical title — stating that it was the address of his grandma’s house.

“AHHH HA” is an upfront response to disses from rapper NBA Youngboy and his team. The ​​Southside-produced track also references his late brother DThang as well as a close friend and rapper King Von.

“Pissed Me Off” is a dark song backed by a classic Chicago drill beat by matthewfm. In the song, Lil Durk describes the invasion and shootout in his home last year, mentioning the role of his fiance India Royale — “I’ll give my gun to India before I put it in your hand.”

“Lion Eyes” is a sentimental song in which he discusses his upbringing and deceased loved ones over a reflective piano beat by AyeTM.

Country singer Morgan Wallen and Lil Durk collide on “Broadway Girls,” telling stories about their experiences with girls in Nashville over a guitar trap beat, blending their respective styles and genres.

Lil Durk announced the North American “7220” tour on Instagram in January. The tour begins in Phoenix on April 8 and ends in Chicago in early May.

His latest album “7220” is out now via Alamo Records and Sony Music. 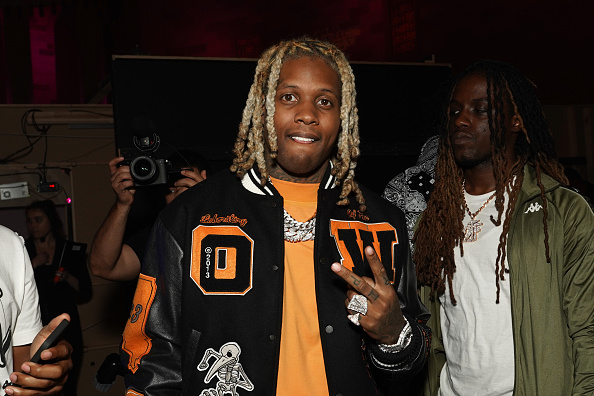