March is the month to celebrate all things women. We honor those who broke barriers, records, traditions and blazed trails for those coming behind them. They also inspire change and growth.

While it may seem like things have changed a lot — the #MeToo movement held people accountable and more women entered political positions. The reality is that we are still a long way from equity and equality. It may seem frustrating to constantly validate your existence and empower yourself.

Let this playlist serve as an antidote to that, but also a reminder that you are not alone in your own fight for equality and you are valued.

If there was a theme for the term “cut the s—,” this song would be it. You can feel the anger rising with each verse of Ashnikko’s in-your-face track. The song stifles even the slightest bit of sexism you may come across in a day, which makes your walk a little taller and stronger.

Part rap, part dance, this 2018 single from LA firecracker Maya B. is all about empowerment and saving yourself from distractions. This is an especially helpful listen if you’re trying to focus on yourself and your own well-being.

“Down” by St. Vincent

Superstar St. Vincent is no stranger to synthetic sounds and superb songwriting. Her Grammy-nominated album “Daddy’s Home” set fire to the alt-pop scene in 2021 with psychedelic singles like “Down.” The subtle, snake-like vibe will captivate you from beginning to end.

Following her split from Fifth Harmony, Normani’s explosive 2019 single is proof that she’s a natural talent in her own right. “Motivation” is a recipe for solving procrastination and bringing out the excitement of anything that comes your way.

K. Flay’s latest album, “Inside Voices/Outside Voices,” perfectly blends angst, aggravation and anger into one cohesive project. Owning who you are may seem like a tricky task at first, everyone has things about themselves that they want to work on — let ‘Katherine’ take the reins as you come to terms with being your best self.

Lights x MYTH continue with the theme of dance-electronic-pop with Outdoor Sports. Canadian singer Lights pairs with MYTH for an amped-up take on breaking free of toxicity and reclaiming your independence.

Tom Morello & The Bloody Beetroots jam “Radium Girls” with chaos, exhilaration, and surprises throughout the track. It’s a surefire way to get your heart thumping through anything that comes your way.

“Shaking the Tree” by Peter Gabriel and Youssou N’Dour

Direct from his 1990 album of the same name, “Shaking the Tree,” is full of messages of women’s empowerment, taking a stand for what you believe in, and fighting for your own rights.

Dive into the electric-dance wonderland that is the world of Charli XCX. “anthems” is all about living an easy, carefree life, i.e., what we would all rather be living than another pandemic.

“Bite Me” by Kilo Kish

Florida songwriter and visual artist Kilo Kish adds to her talent trifecta with “Bite Me,” an aggravated and angsty take on your typical pop song. Her vocals will not only invade your headspace and rattle your AirPods, but her overall performance will captivate you to the core.

To pick just one of the Queen of Soul’s many motivational, magnificent songs seems almost unfair, but “Think” is a cross between confidence booster, an anthem for advocating for yourself. For a film performance of the song, check out her scene in the 1980s film, “The Blues Brothers.”

If your tolerance for bull—- is remarkably low, Medusa has crafted the right song for you. Her tone barely changes, but her lyrics cut deep and sear into your mind. Not only is she a force to reckon with, but one to fear.

Halsey’s latest album features an eclectic variety of pop-punk, constructed during her 2021 pregnancy, “I am not a woman, I am a god,” radiates and empowers anyone who feels like they’re not living up to their standards. You can also check out the accompanying film for the album “If I Can’t Have Love, I Want Power” on HBO Max. 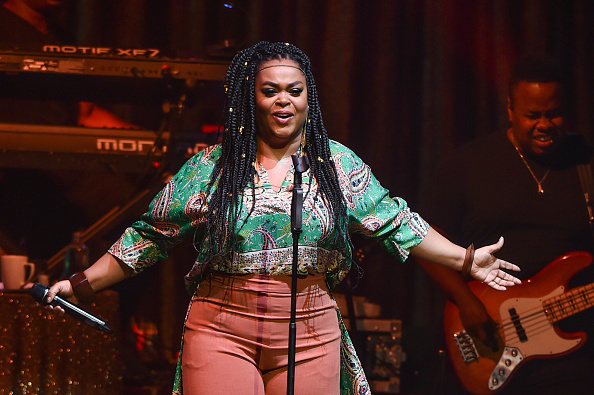