The pre-recorded fashion show is coming in hot with an all new format and feel. If you’ve seen previous shows, then you know Rihanna orchestrates all of our pop culture favs —  from the hottest artists performances to some of the most influential models, Rihanna ALWAYS brings a colorfully threaded show full of diversity and fashion to the forefront.

This year’s models and performers are a really fun bunch!

Rihanna, who serves as executive producer and creative director, opens the show dancing on a tree trunk in a dark and seductive forest; wearing a blue and black lace lingerie ensemble and a BIG blown out afro — a true goddess she is —— to her partner, A$AP Rocky’s latest hit single D.M.B.

Throughout the show you can expect to be guided by anime characters time traveling through digitized galaxies– a really unique format compared to her previous volumes, debuting the latest Savage x Fenty styles with afrobeats and R&B classics inbetween.

But brace yourself. You’re in for an unexpected surprise — actor Johnny Depp makes an appearance, strutting to Outkast’s “So Fresh, So Clean ” in a low ponytail and olive green pajama set. Fans online have called Rihanna out for her decision to feature him in the show because of abuse allegations made by his ex-wife Amber Heard in a recent trial. Some fans have even called to boycott the Savage x Fenty  show because of this.

Rihanna continues to bring fashion and diversity forward. Even though she doesn’t explicitly feature differently abled models, Rihanna shares an array of different colored and figured models. This year she diversified her brand, featuring more gender neutral clothing that were all the more sensual and laxed.

And unlike previous shows, instead of ending with a big catwalk, the show concludes with a dozen dancing models dressed in fuchsia pieces and hues, on a dusty mars like scene. This year’s show is heavily infused with creative choreography and a “seductive fever fashion dream.” 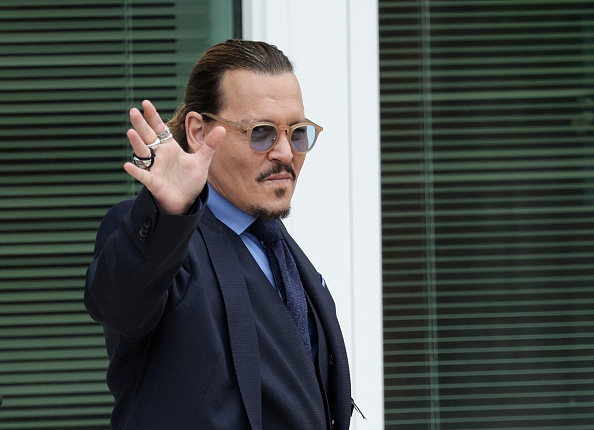