TikTok’s influence on the music industry is undeniable.

The app allows creators to make up to 3-minute-long videos with the option of using “sounds,” which are often clips of songs. Users like Doggface208, real name Nathan Apodaca, have popularized songs like Fleetwood Mac’s 70s hit “Dreams,” go viral and land on the Billboard charts.

Here are 10 songs TikTok put us onto this year.

While the song made it to YouTube on Sep 6th, “Go Off” has taken off on TikTok amassing over 130,000 videos. Users caption videos of themselves dancing to the song and acting out various movements, often with the hashtag #gooffchallenge. The popular song samples the jazz song “Wildflower” by Hank Crawford. For those in need of a hype song, party track, or new addition to the “wake up” playlist, “Go Off” is the one.

“Gonna Bleach My Eyebrows,” by up-and-coming artist Alemeda, is hyperfeminine alt-pop at its finest. The song encourages listeners to reclaim their courage, independence, and spontaneity. The ‘girlboss anthem’ is being used in TikToks that show glow-ups, makeup “before and afters,” and confidence-boosting affirmations.

Bronx native, Capella Grey, dropped “GYALIS” in Jan 2021 after beginning his music career just a year prior. The track blew up and became a summertime smash hit, likely thanks to New Yorkers on TikTok, and has since been remixed with Chris Brown and Popcaan.

PinkPantheress – “Break It Off”

PinkPantheress’ “Break It Off” is a personal favorite but truthfully, PinkPantheress’ entire 2021 discography blew up on TikTok this year. Gen-Z can’t get enough of the alt-pop songstress from the U.K. Since posting her songs to TikTok while attending college in London, PinkPantheress has since been signed to Parlophone Records and Elektra Records. Her songs, “Pain,” and “I must apologize” have made their rounds on TikTok as well, and the singer currently boasts over 1 million followers on the platform.

Anyone who has spent 10 minutes on TikTok at any point this year has probably heard this song. Specifically, the part of the song when Wick raps, ‘What the f*** is that?’ has circulated the app for months. “Who Want Smoke” got enough traction to catch the attention of big artists and creators, eventually being remixed by G Herbo, Lil Durk, and 21 Savage in October. The song was officially certified platinum on November 30th, just ahead of Wick’s Dec. 3rd’s release for his debut album, “WHO IS NARDO WICK?”

THE ANXIETY, WILLOW & Tyler Cole – “Meet Me At Our Spot”

“Meet Me At Our Spot” seems to be everyone’s guilty pleasure on TikTok, capturing the attention of previous “non-rock fans.” THE ANXIETY, a music duo composed of WILLOW and Tyler Cole, dropped the song with their self-titled alternative album in March 2020, and the track’s popularity has hardly died down. Creators lay the song over style inspiration videos, romantic montages, and skits, alike. WILLOW dropped her fifth project, “lately I feel EVERYTHING,” this summer, which also made waves on TikTok with “t r a n s p a r e n t s o u l (feat. Travis Barker).”

Guapo’s whispery bars are reminiscent of the Ying Yang Twins on his 2021 hit, “Mr. Put It On.” The trailblazing fashionistas and style gurus of TikTok have used the song over clothing haul videos, compilations of their favorite fits, and makeup artists remix the use of the track for tutorials. “Mr. Put It On” is the go-to for creators looking to “flex” something on the platform. The Houston-based rapper has been dropping music since 2020, and fans look forward to what is still to come from his unique sound.

Ghanaian singer-songwriter Amaarae released the original “Sad Girls Luv Money” with Moliy on her 2020 debut album, “THE ANGEL YOU DON’T KNOW.” Amaarae returned with a remix featuring Kali Uchis in mid-September. The alternative afro-pop musician is truly in her own lane, and finally receiving long-deserved recognition for her creativity. “Sad Girlz Luv Money Remix” gets the dance juices flowing over psychedelic instrumentals.

Moneybagg’s “Wockesha” delivers the dark testimony of a man struggling with addiction through the musical personification of prescription cough syrup. Many were introduced to the song while watching videos of lip-syncing individuals pretending the call for help disguised as a romantic ballad is about them. TikTok creators have used both the song’s chorus and its Lil Wayne interview clip intro for making content on the app. The track dropped on Moneybagg’s April 2021 album “A Gangsta’s Pain.”

The king of “firsts,” Soulja Boy, may not have been the first rapper to name a song after a cartoon, but he very well might have been the most successful to do so. TikTok has hosted the song’s success, and much of Soulja’s own recent comeback, and “Rick & Morty” has funneled the Bay Area dance, the smeeze, to phone screens across the country. Creators challenging their family members, friends, and co-workers to try the viral dance often do so to the catchy track, which dropped in June. It’s been a prolific year for the Atlanta rapper, who dropped five albums in 2021 alone. 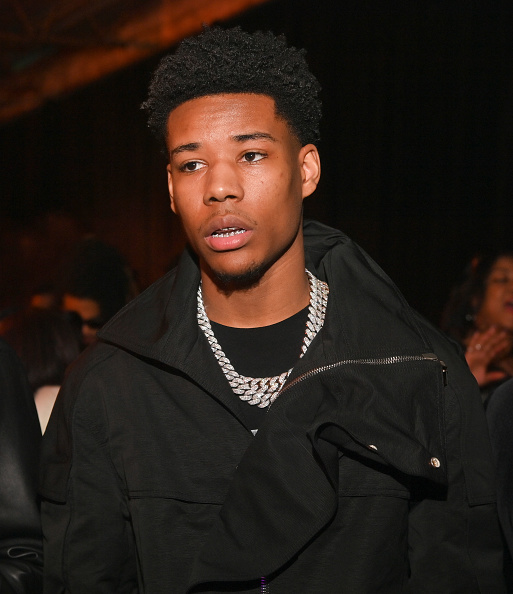 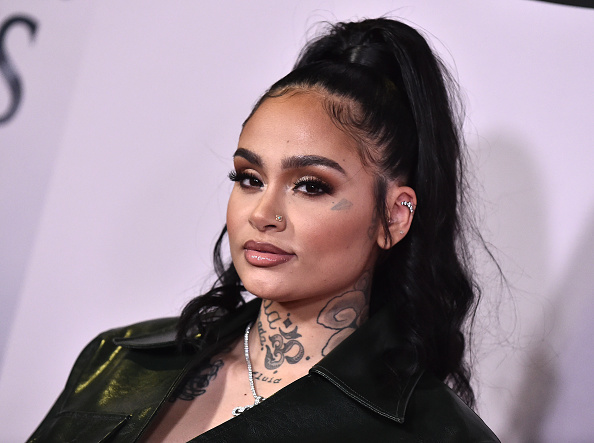