When I went to go see Spider-Man: Into the Spider-Verse, my friends and I found ourselves amazed by many things: the animation, the storytelling, and most of all, the soundtrack. There were so many moments in the theater where we found ourselves dancing and singing along to the songs, even if it was our first time hearing them. Previous Spider-Man soundtracks always felt like studio execs putting together a playlist of what they think teens or young adults listen to, creating a disconnect between the soundtrack and its target audience. However, Into the Spider-Verse’s soundtrack really nails what their main protagonist, Miles Morales, and kids like him would be listening to, furthering the connection audiences have with the character and making us feel like we can relate to him more. Here are five of my favorite songs off the album so far.

“Sunflower” was released as the lead single off the soundtrack in October and immediately was a hit. Parts of the song were actually featured in the film a couple times, with Miles Morales humming it every now and then, and for good reason — it’s insanely catchy. The song is such a perfect mix of beautiful melodies by Swae Lee and Post Malone, and makes listeners feel like getting up out of their seats to dance. The only downside is that we wish this song was longer.

“Invincible” feels like it pays homage to old-school music. Aminé takes turns rapping and singing on the track’s infectious beat. This track anticipates the predictable in the best way, and adds a melodious hook to an already sweet-like song.

This is probably the hardest song on the album. Listening to this makes you feel like you’re in a fight scene inside a superhero action movie. Its crazy fast-paced and energetic beat, as well as the screaming of its hook’s lyrics, feels like “Start a Riot” was meant to incite listeners and, well, actually start a riot.

The lyrics, “Can’t stop me, can’t break me/What don’t kill me, gon’ make me/Shoot for the stars, no safety,” sums up perfectly what we think goes through our friendly neighborhood Spider-Man’s mind when he’s slinging around the city. “Elevate” was penned as a personal anthem for Spider-Man, but listeners will find themselves motivated and energized by the spirited track as well.

A lot of Vince Staples’s music feels like hymns for modern-day comic book superheroes. And after his contribution to the Black Panther soundtrack with “Oops” early this year, it’s no surprise we’re hearing from him again on Spider-Man’s soundtrack. “Home” is both the film and the soundtrack’s closing song, and feels rightfully so. With its intense music and dramatic background vocals, the track feels like a piece that leaves both its protagonist and the audience feeling victorious. 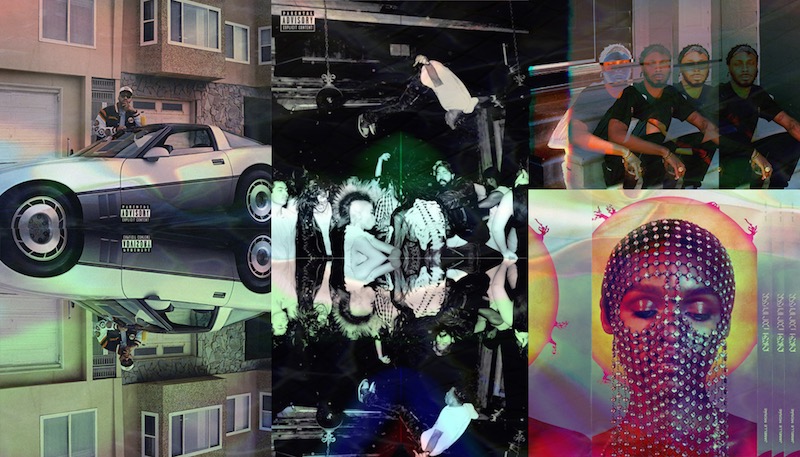