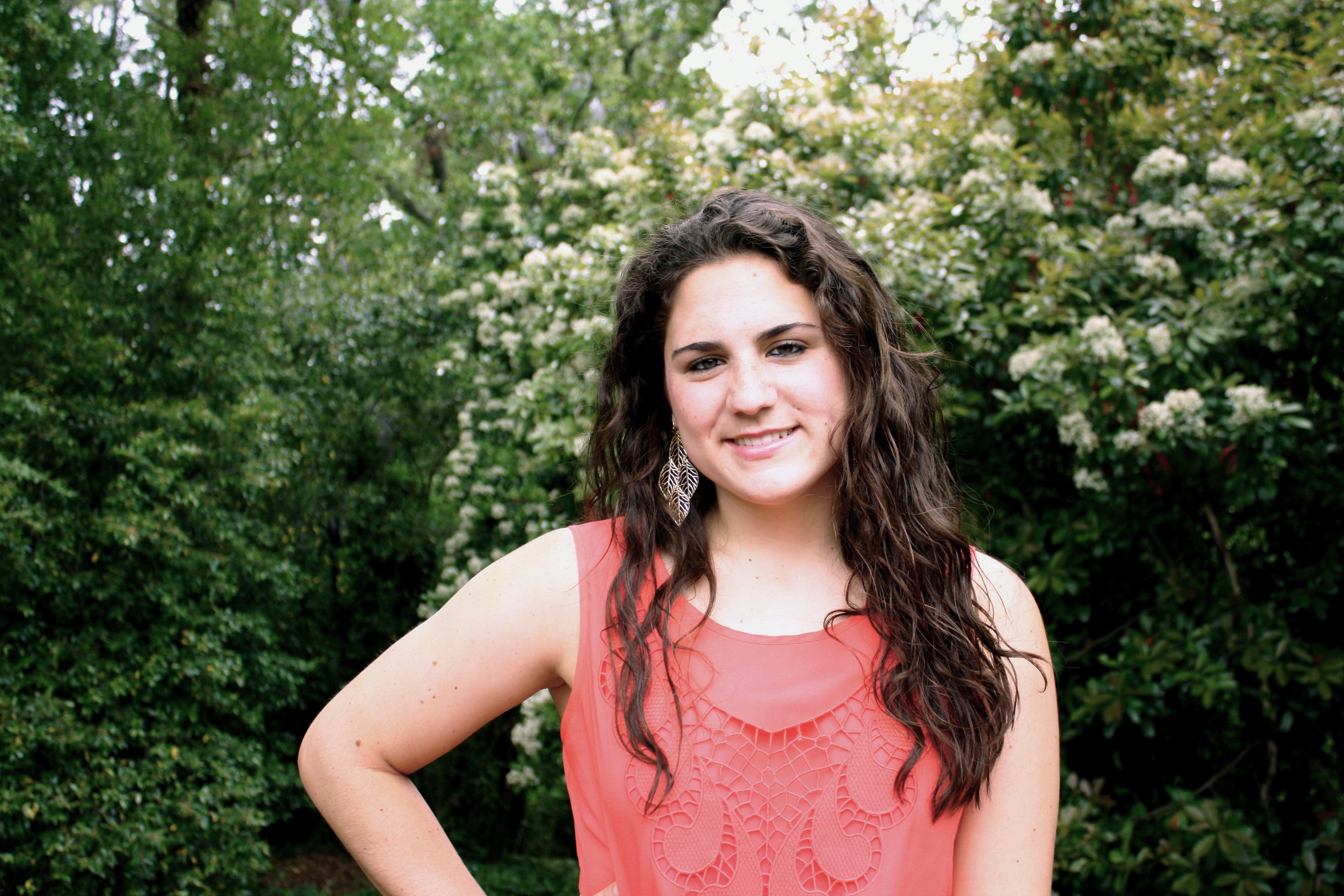 I have been a large girl ever since I was young. I don’t say this to put myself down, and when I say it, I don’t mean that I am fat or exceptionally tall. I simply mean that I am a little bigger than average. I am what some people call “athletically built.”

I am more comfortable with my body now. But it hasn’t always been this way.

For a long period of time between seventh and 10th grade, I suffered from an eating disorder — bulimia.

It was really hard for me to participate in the sports I loved. I would purge before soccer practice, sometimes making myself feel too sick to play. I would sometimes feel too fat to run in my cross-country meets. I thought that because I was bigger than a lot of the girls, I would never be as good a runner as them.

It took a few years and a lot of self-discovery to realize that I had it all wrong.

As my sophomore year came to an end, so did my eating disorder. I think it was because I was genuinely feeling happier and more in control of my life.

I had a great group of friends, I told my mom about my problem, and most importantly, I started to throw myself into sports in a way I never had before.

During my junior year, I played water polo and even joined the swim team.

For the first time in my life, it was helpful to be big. I could hold my own with the male defenders in a water-polo game, and I found out that those “thick thighs” I had hated throughout my adolescence were really just muscles that gave me extreme power and speed in the 50-yard freestyle.

It’s obvious to me that I couldn’t succeed in the sports I love without my body shape. I like to look at my sports idols for motivation and assurance. Serena Williams did not become a world champion tennis player by being a skinny twig, but thanks to a muscular body. And swimming gold medalist Missy Franklin did not succeed because she was rail thin, but thanks to a tall, athletic build.

It is not easy being the “big” girl. Girls like me are not usually put on magazine covers or coveted by some men, and we are not always viewed as strong and athletic, but rather as bulky and intimidating.

But we “big” girls have to stay strong, because women’s sports are not going to play themselves. Sports need powerful, confident women who are willing to build themselves up and achieve greatness.

It took me a long time to look in the mirror and realize my body makes me who I am and my bigger build has some big advantages.