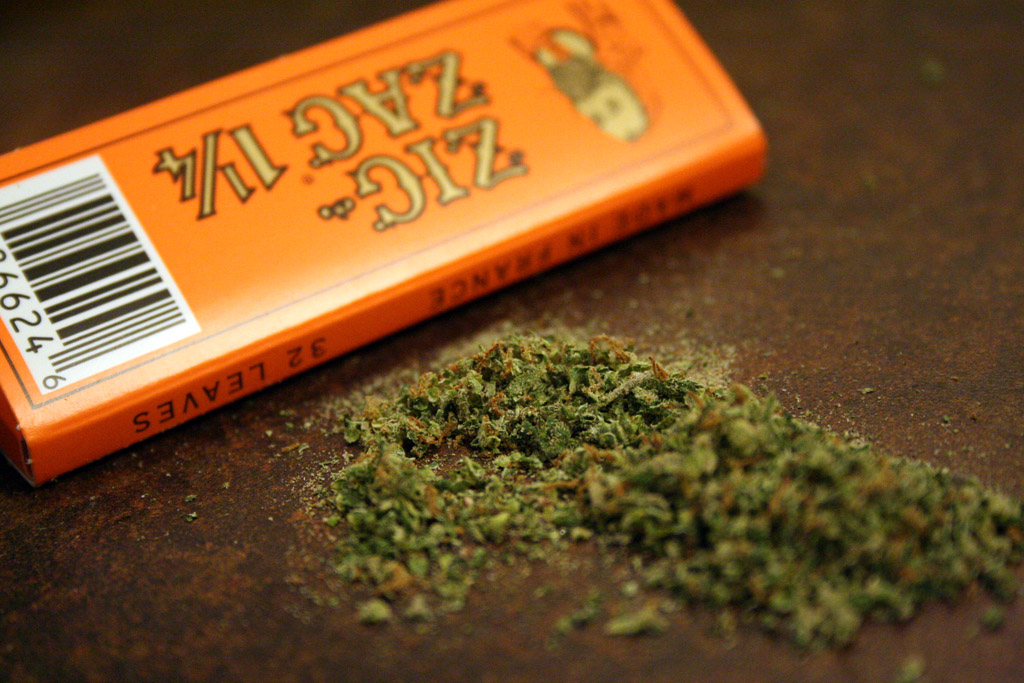 Next year Florida voters will get an opportunity to weigh in on a ballot measure about marijuana legalization.

This story was a collaboration between WLRN’s youth project and Urgent INC, and Youth Radio.

I live in a neighborhood called Overtown. It’s a part of Miami where black artists like Ella Fitzgerald used to stay after playing for white audiences on Miami Beach. Today, mostly poor people live here.

Not a lot of people walk around. But people do walk to the corner store, across from my apartment. And many of them are motivated for the same reason.

1882 is the name of a cigar. I’m buying it for my neighbor. He doesn’t plan on smoking the cigar. He wants to unravel it, dump the tobacco out and use the tobacco leaf to roll a joint. We call that a pasto.

“First smoking, I started smoking I was 14yrs old, I was at a party. Due to peer pressure I thought I would be cool if everybody saw me smoking so I tried it,” my neighbor told me.

We’re not using his name because weed is illegal in Florida. My neighbor is 17 now, and he doesn’t feel like he’s addicted to weed.

“It’s just a hobby, I can go multiple days without smoking,” he said.

I doubt that. I know him. He smokes four or five times a day, every day.

“I told myself multiple times I was going to stop, but, as the years passed I continued to use some marijuana. I am smoking now. But I wouldn’t call it an addiction I think I can call it a hobby,” he said.

Next year Florida voters will get an opportunity to weigh in on a ballot measure about marijuana legalization. But legalized or not, pot is pretty much everywhere. A lot of my friends who smoke don’t see marijuana as something that can make you dependent. They look at other drugs like heroin, crack, or even percs—that is, percocets—as the only stuff you really need to worry about.

But Cynthia Rowe, from the University of Miami’s Center for Treatment Research on Adolescent Drug Abuse, believes my friends are wrong. She said, “What worries us most about using, about smoking pot regularly or other drugs, you become unavailable to yourself. You become unavailable to deal with people in a way that’s going to get your needs met, to make the decisions about the life you want to lead.”

A lot of my friends and I come from broken homes, broken families, poverty. The world sits heavily on our shoulders at a young age. In my family: My dad’s gone. I help keep my two younger brothers in line. I don’t always know where we’re going to get dinner to eat. Look a lot of kids have tried pot, and I’ve tried it myself. It’s helped us escape.

I have a family member who used to smoke all the time. He said, “It was an everyday thing. After school, before school, in the mornings, at night before I eat dinner, I go out there and you know, smoke.”

He’s 17 and started smoking weed at 15. “I like the feeling of it, of being mellow and all that and I was always looking for that type of feeling,” he said.

He told me mom thought he was addicted. And seeing how she was affected got him to quit. “I mean seeing the look on  my mother’s face knowing that she was trying to doing her best to stop me from staying away from marijuana, that really touched my heart,” he recalled.

Weed helps alleviate some of the stress of living in this neighborhood. It slows the anxiety down, it helps you relax. But, there are downsides too, like the fact that marijuana is still illegal here. But legal or not, marijuana is always going to be easy to get. It’s just like grass outside.