So Michal Ruprecht, a recent graduate of Grosse Pointe North High School in Grosse Pointe, Michigan — roughly an hour southeast of Flint — decided to do something about it.

Ruprecht,18, has uncovered what he believes is a possible fix for the water crisis that has been plaguing Flint since 2014.

After the city’s drinking water was sourced to the Flint River to save money, its residents were exposed to high levels of lead. With over 100,000 people exposed to the tainted water, a federal state of emergency was declared in 2016. And though the water quality has since “improved,” Flint residents have still been cautioned to use bottled or filtered water until 2020.

Ruprecht took to the chemistry lab and, with the aid of science teacher Steven Kosmas and Dr. Mark Benvenuto of the University of Detroit Mercy, discovered a type of molecule that rids aqueous solutions of metal — like the lead in Flint’s water.

Though there are still many steps left in the process of implementing Ruprecht’s theory, the budding chemist is trying his hardest to get the research off the ground. The American Chemical Society has accepted his abstract, and he’s flying to Boston in August to present at their annual conference, where he will be the youngest presenter.

Youth Radio correspondent Melina Glusac spoke with Ruprecht about his research, his youth, and the power of combining the two.

Melina Glusac: Tell us a little bit about your background. Have you always been interested in chemistry and science?

Michal Ruprecht: I wasn’t too interested at a young age. I had a lot of influences, like my grandfather, who was a biologist, and that really inspired me throughout life. But I didn’t really have that true passion, as many scientists do.

As I took more and more classes at Grosse Pointe North High School, the teachers taught me to love science, and I started to gain that interest — especially when I joined clubs that connected science with social issues. I joined the Chem Club my sophomore year, and I was able to connect and teach young students chemistry, and that’s how I really got interested.

You wouldn’t think the Chem Club would have that social aspect to it.

We always wanted to connect what we did to some kind of social issue to show others that science isn’t just sitting in a laboratory conducting experiments and staring at the periodic table — it’s about changing other people’s lives.

A lot of us are desensitized. That was actually the case with me: I ignored the Flint water crisis at first. I thought it was just another news story. But it kind of stuck with me because there were so many articles about it, and I kept hearing about it, and one day I just stopped and thought about it and thought about how I could make a change. Not just be another passerby and ignore the issue, but actually, make a change and inspire others to continue doing that, too.

But research is so unpredictable. I sometimes say it’s like digging in the sand: you never know what you’re going to find.

Can you explain your discovery in layman’s terms, for someone who knows nothing about science or chemistry, like me? I know it involves something called a “ligand”?

Ligands are found in a lot of places, even our bodies, and they’re basically molecules that attach to other molecules. You can think about it kind of like an arm claw, the ones that grab stuffed animals. A ligand attaches to other molecules like that.

We were so lucky to be able to conduct our research, but there were a lot of steps along the way, and one of them that we definitely couldn’t accomplish in a high school laboratory was using an NMR [nuclear magnetic resonance spectroscopy] machine.

You enter the room (at University of Detroit Mercy), and it’s pretty scary. Dr. Benvenuto tells us, “Guys, you’ve gotta leave all your cell phones, all your keys, all your credit cards, on this lab bench, or else they will all be destroyed.”

We were working with super expensive equipment, and that’s not even to say how difficult it is to read the information it spits out on the computer. It gives you these tall bar graphs that tell you if you created the thing, the ligand, that you wanted to create, or if you didn’t.

We ran it, and it turned out we did create it.

As your research progressed, did you get a better understanding of the depth of the Flint water crisis?

It made it a lot more emotional. It wasn’t just science; it had feelings. I felt like I had to finish what I started and make that change so that I could make some change for those people who are suffering.

With that came ideas of trying to inspire other students to do similar research in the future, or to do journalism, or activism, or anything they’re interested in — to not feel desensitized and ignore what’s happening around them, but to be active participants in their community.

Many see the Flint water crisis as a political and/or economic issue. Why did you try to seek a scientific solution?

I usually prefer not to jump into politics, so that wasn’t an avenue that I wanted to go down because I know that, a lot of the time, that may spark people getting mad at others. I didn’t want that. I wanted something that unified people.

I thought: science, that’s something I’m good at, and it’s proactive. I felt like it would be a new approach for a high schooler to show their way of looking at a serious crisis because when you think of science, you don’t usually think of social issues. But when you dig deep inside, you’ll see that you need science to solve these issues.

You’ll be presenting your abstract at the American Chemical Society’s annual conference this August. One of the sessions at which you’re presenting, Sci-Mix, showcases the best abstracts of the entire conference. What was your reaction when you found out?

Being the youngest person at the conference, and then getting this honor, I was speechless. I couldn’t believe it. And being able to present two times at this conference, I’m pretty nervous! But it’s such an awesome honor, and I just hope that it opens up people’s minds to find ways to connect science to social issues.

I just want to show the small humans, the kids, that they can make a change, too. They don’t need to go straight into the lab, but they can start out slowly and do things that are manageable, like Mari Copeny [aka Little Miss Flint].

Do you anticipate Flint recovering from their crisis in the near future, and do you see your study being implemented anytime soon to aid that recovery?

As for the study, this was under Dr. Benvenuto. Of course, I will continue helping them out, but I wouldn’t be able to take it forward [alone] without their permission.

I hope, and all of us hope, but we can’t hope forever. We have to stand up, stop only watching and reading about Flint, and actually make some change. I even have to do more. We’re all obligated to do something.

You’re headed to the University of Michigan in the fall. Are you planning to pursue your passion for science and chemistry in college and beyond?

I want to keep my options open. I fell in love with journalism in high school, so that’s definitely something that I want to continue because I love being a storyteller. I’ve also always loved being able to be a researcher. Unfortunately, you’re usually confined to the lab, but there are those ways to connect to social issues, as I said. That’s something that I would love to do.

So, I don’t have a straightforward answer to that question, but I’m definitely going to continue my research. I love serving my community, my community members, and I can’t wait to see what happens in the future with Flint.

Hopefully, it’s a lot better, a lot brighter — it’s all counting on us coming together. The lens through which I looked at Flint was science, and it turned out to be a beautiful way to help.

To donate to Flint, visit http://www.unitedwaygenesee.org/flintwaterfund. 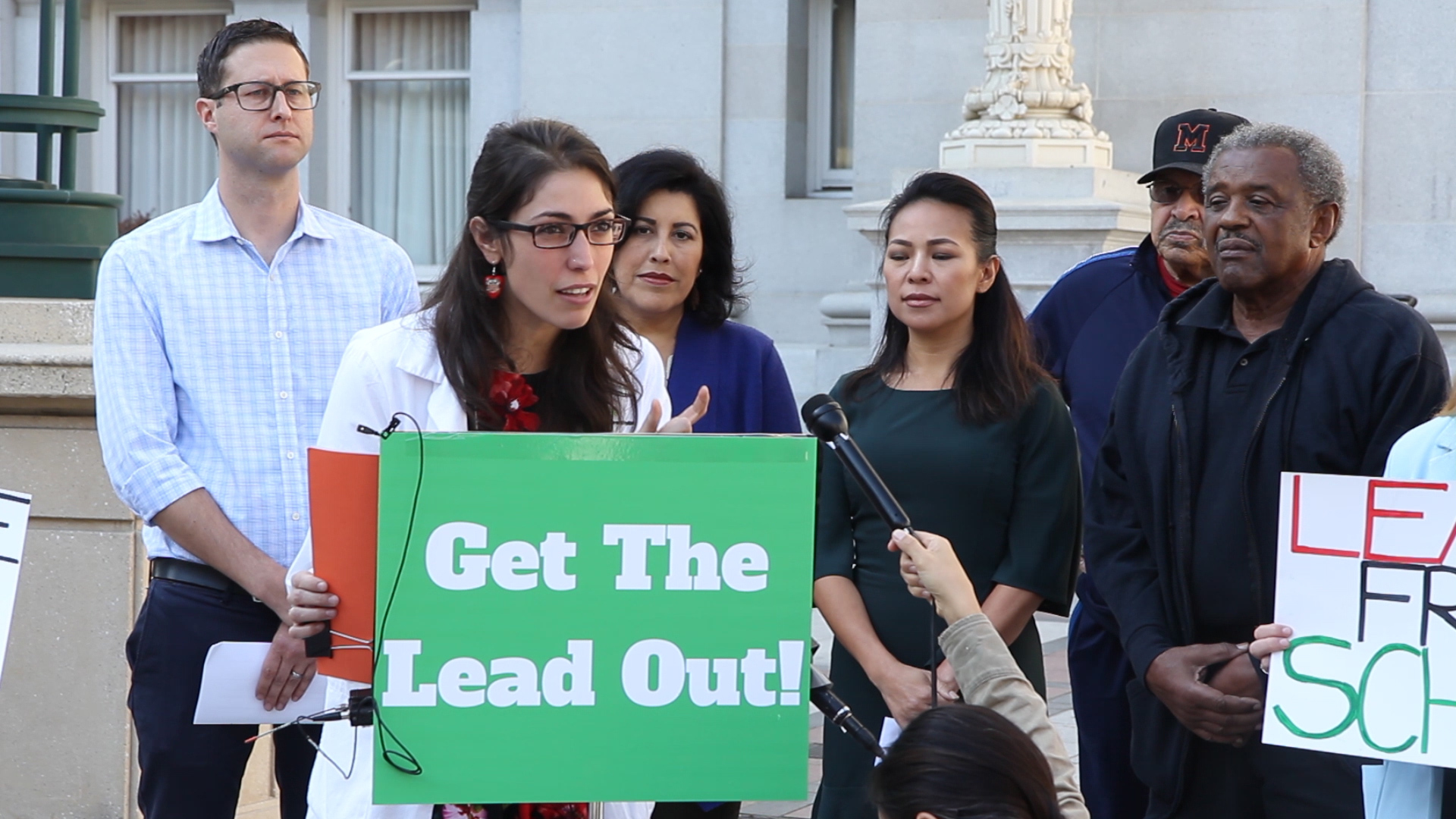 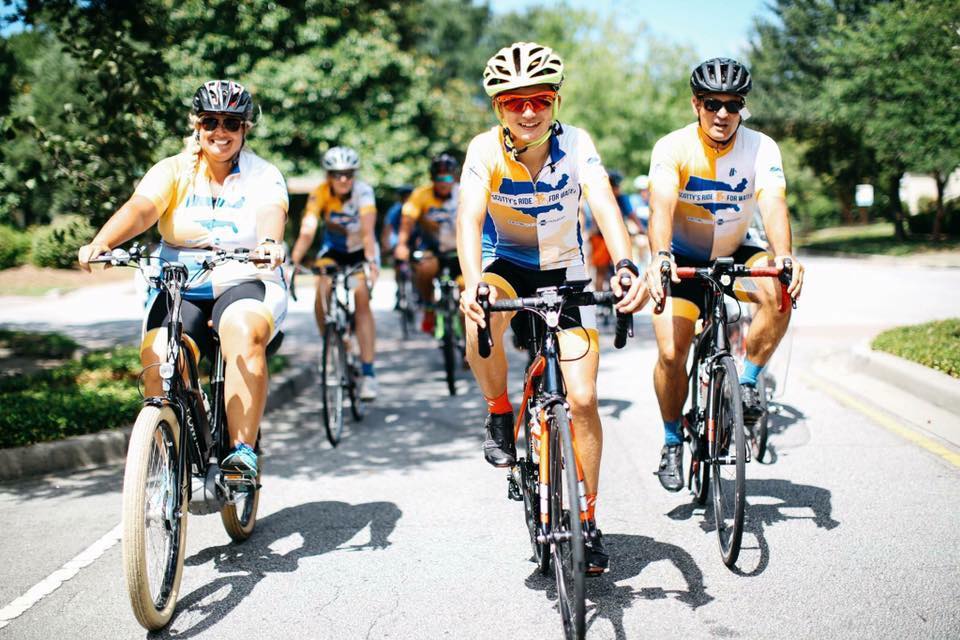 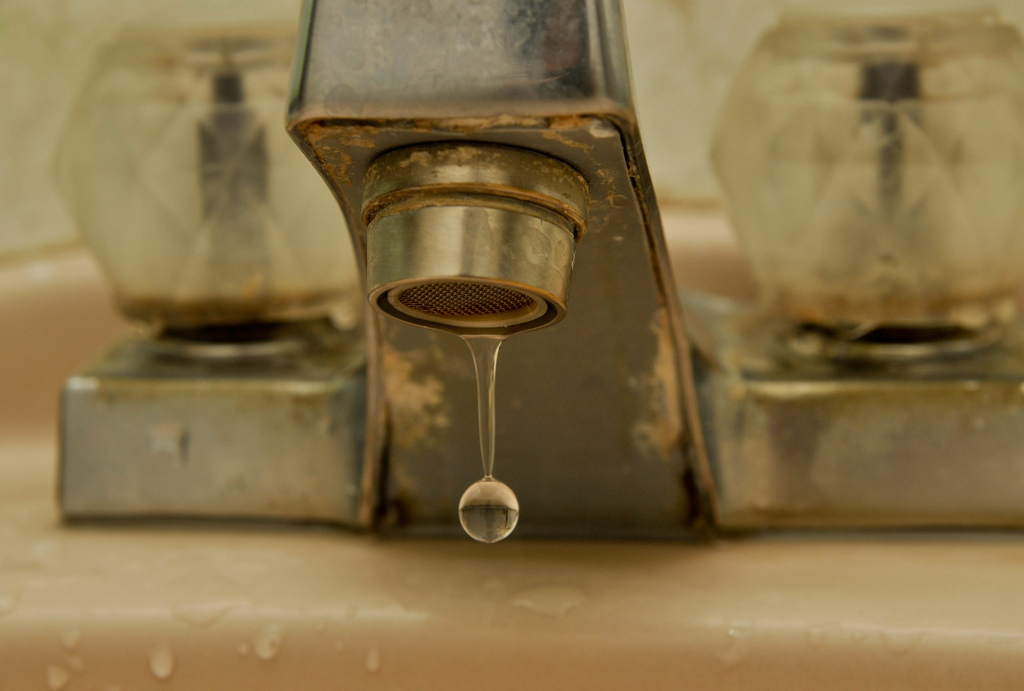