As I prepared to graduate from college three years ago, I often had romantic fantasies about what my early career adventures would be like.

Maybe I’d snag a job in downtown Chicago, giving me the opportunity to blend in with other professionals heading to work as I teemed with adult pride. Or maybe working relationships that began as sterile and dry could blossom into lifelong, genuine friendships. In any case, much of what I looked forward to post-college had to do with the places and people my new career would force me to learn from and navigate.

But in the wake of the pandemic, I, like many other Gen Z entering the workforce, had to trade in our dreams of team building in an office to trying to build camaraderie on Zoom. While my yearning for collaboration and relationships was often at the mercy of a stable internet connection, I still had a chance to meet and learn from interesting people in ways I didn’t see coming.

When I started my first job as a government reporter in the middle of the pandemic, much of my work was completed from home. My co-workers and I only met virtually as a team once a week and beyond that, the only person I worked with on a daily basis was my editor. But even in the absence of that classic journalism experience, I still felt like I was surrounded by mentors and people who empowered me to keep growing in my role.

One of them was a longtime entertainment writer who would often reach out to me to see how I was doing and gave me a bunch of tips on sources I’d need in the future and how I could contact them. Our two photographers were equally as helpful, talking with me on the phone about ways to make a story come to life with visuals and offering advice on ways to flesh out a story angle.

My relationships outside of my co-workers, with longtime community members, organizers and government officials, also helped to fill my need for connection. As I started to have long, virtual conversations with these people, they’d tell me stories about their lives and their experiences. Even though much of what we talked about was for a story, every now and then, it felt like we were old friends, despite never meeting in-person.

I’ll never forget one of the organizers who played a huge role in street outreach to the city’s homeless. After some of the COVID-restrictions started to lift, he let me ride with him as he went to several homeless camps to check in on some of the people he’d helped over the years. At one point, I asked him what it took to take on the kind of work he does and he said: “meeting people where they are.” That phrase still stands out to me because I think it cuts at the heart of what so many of my co-workers and interview subjects were able to do for me.

Whether it was in a Facebook chat checking in on me or on Zoom giving me advice on managing my new career life, many people, both inside and outside the newsroom, met me where I was, always willing to lend a hand. 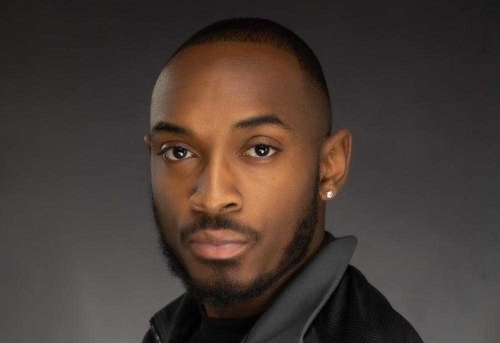