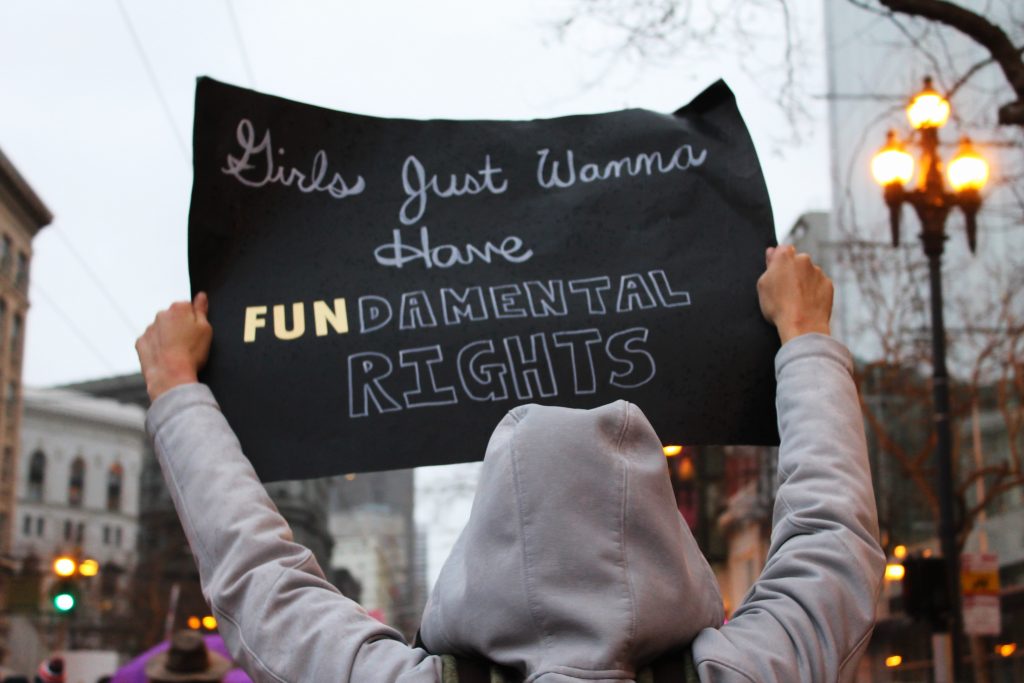 Most young women in America support reproductive rights. Photo by lucia on Unsplash.

On Wednesday, Justice Anthony M. Kennedy announced he would be retiring from the Supreme Court. And although Kennedy has been a well-known conservative voice on the bench, he has famously been the swing vote in several definitive cases regarding reproductive rights for women.

In 1992, Kennedy was the definitive vote in Planned Parenthood v. Casey, which affirmed Roe v. Wade (the 1973 landmark case that established a woman’s right to access legal abortion). Then again, in 2016, Kennedy was the swing vote in a case that overturned Texas’ restrictions on abortions.

With Kennedy’s seat opening up, his vacancy will leave the Supreme Court evenly split between pro-choice and pro-life justices. The new justice will be nominated by our Republican president, Doanld Trump.

Which means a lot is at stake for young women.

“The stakes of the coming nomination fight are extraordinary. The future of reproductive rights is on the line,” Nancy Northup, president and CEO of the Center for Reproductive Rights, said in a statement.

The Trump administration strongly supports the anti-abortion movement. Trump himself told 60 Minutes that he was pro-life, and “the judges will be pro-life” in regards to any future Supreme Court nominees he would be making.

What do Americans think about abortion rights?

Although the government’s stance on abortion is conservative, the overall attitude and debate surrounding reproductive rights is seemingly changing to support a more pro-choice narrative. Younger people have markedly different sentiments about abortion than their older counterparts and largely disagree with Trump’s position on the topic.

According the Public Religion Research Institute, “nearly two-thirds (65 percent) of young people, compared to 51 percent of seniors, agree that abortion should be legal in most or all cases.”

Why young women have so much at stake

And if abortion rights are rolled back, young women will likely be affected most. Guttmacher Institute found that over half of abortion patients were in their 20’s, and that one in 20 women will have an abortion by age 20 and one in five by age 30.

Making the debate over abortion and the next Supreme Court justice one of importance to many young Americans.

Trump has already said he intends to immediately fill Kennedy’s vacant seat with a pick from his previously-released list of 25 candidates, all of whom are conservative.

And if Trump’s nomination goes through, that means a 5-4 conservative-leaning, anti-abortion Supreme Court could overturn key rulings in favor of reproductive rights, like Roe v. Wade. This allows for the possibility of abortion returning to being an issue reserved for states to individually decide on, which would only leave 19 states with secure abortion rights.

Although Democrats are ready to fight to block Trump’s next potential nominee, just as the Republicans did back in 2016 following the death of Antonin Scalia, it could have very little effect in a Republican-controlled Senate, meaning the future of reproductive rights may be in a volatile place come August.