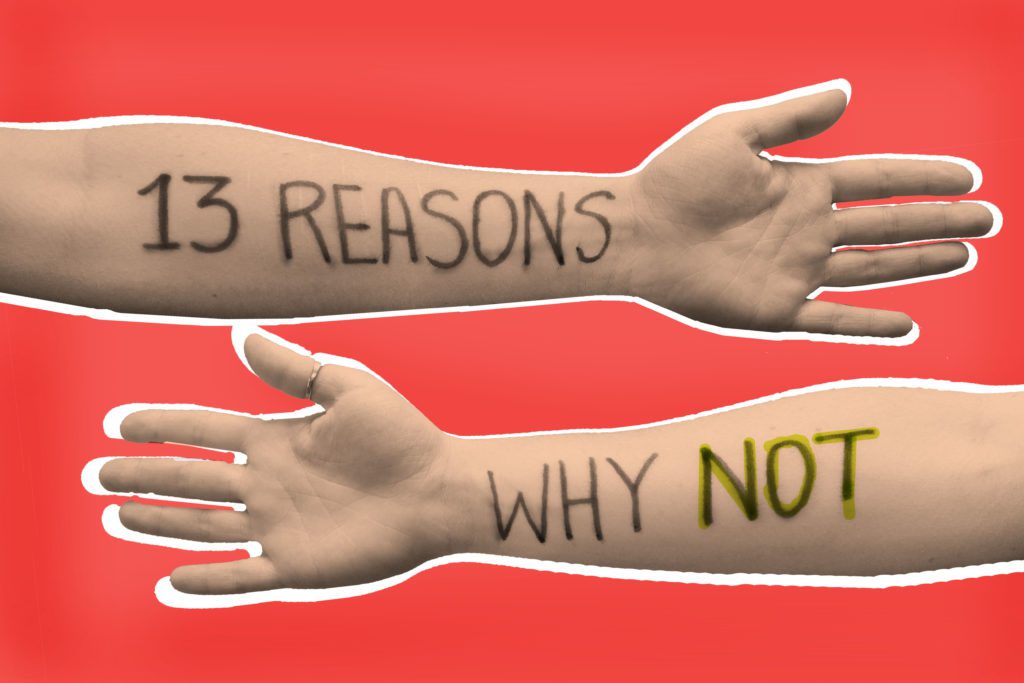 Pam Fine, Dean of Students at Oxford High School, has many criticisms of the Netflix series 13 Reasons Why, beginning with the title.

“It just sounds as if there’s a reason why,” said Fine. “There’s no reason, there’s never a reason. There’s not a million reasons.”

The controversial Netflix series 13 Reasons Why hinges on 13 audio recordings left behind after the suicide of a teen. The cassette tapes reveal why the main character chose to end her life and the classmates she blames for her downfall. Many school districts across the country have issued warnings that program could romanticize suicide, and one high school in Oxford, Michigan, launched a project to reframe the show. Thirteen students from Oxford High School worked with administrators to write and record personal stories and play them over the morning announcements. 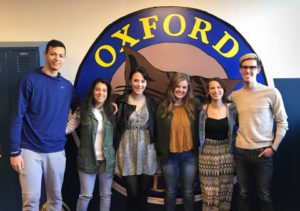 Suicide is a sensitive topic on Fine’s campus. Two students from Oxford High died by suicide in recent years.

So when 13 Reasons Why was released on Netflix, everyone on campus was talking about it. Fine says a faculty member pulled her aside to say they needed to come up with a response.

“I thought, How do you reframe 13 Reasons Why, where you blame people. And it would be ’13 Reasons Why Not,’ where you thank people for being your hope and your inspiration and a positive factor in your life,” said Fine.

Oxford senior Kayla Manzella is one of the 13 students who recorded stories for the project. Manzella talked about being bullied her freshman year after joining the JV volleyball team.

This is a quote from Manzella’s recording that played for all 1800 students during the morning announcements:

“Things were said to me that no one deserves to hear. I always thought to myself, ‘Why me? What could I have done for anyone to hate me so much?’ One day at practice I heard the worst thing someone could ever hear: “Why don’t you just go kill yourself?’ Being the vulnerable 14-year-old that I was, I thought, ‘Would anything really change if I wasn’t here?’”

Manzella’s recording ends thanking her friend Alexa for helping her get through it:

“You may not realize how big of an impact your words had on me, and for that, I could simply never repay you. And for that, thank you, Alexa, for being the bright light in my dark time. You are one of the 13 Reasons Why Not.”

In his “13 Reasons Why Not” recording, Dylan Koss thanked his friend Olivia for being there for him. Olivia responded to the shout-out with this text message. Image courtesy of Dylan Koss.

“I heard the jokes about me, but more importantly I hear, ‘That’s gay. You’re gay.’ About everyday things. The message is always the same: ‘Gay is bad.’ Gay isn’t bad. Gay isn’t good. Gay is just who I am.”

Koss said the school hallways have felt different since the project started, more supportive and cohesive. He said that sharing his personal story helped him too.

“Listening to yourself on the PA system was like a weight lifted off my shoulders,” said Koss. “After hearing that, I will never forget that feeling. Like I’ve finally come to terms a hundred percent.”

Oxford High administrators require parental permission before students share their stories in school. For many, including Koss, it was the first time they talked to their families about what they’d been through.  “We keep our stories in to protect our parents, not to protect ourselves,” said Koss.

Senior Riley Juntti also kept her pain secret from parents and friends. “I was struggling with this very very dark period of my life, but then I also had to go to school and act like a perfect student. And get all A’s and put on a face that really wasn’t my own,” she said.

Juntti was the first student at Oxford High to volunteer for the project, and fellow students credit her recording as a catalyst for giving them the courage to finally come forward with their own stories. In her recording, Juntti addresses her abuser and the isolation she felt from her friends:

“‘Worthless, grimy, cake-faced, You would be better off dead.’ That’s just the start of what you would label me as every day for two years. They ask me why I didn’t leave you sooner, why I chose to stay in an abusive relationship. I was afraid.”

Administrators say first-period tardies have been down because students want to be in their seats to hear the stories. I asked Oxford High’s Dean of Students Pam Fine if she was afraid to talk about teen suicide so openly:  “It’s terrifying that teens are killing themselves,” said Fine. “But it doesn’t frighten me at all to sit with kids and say, ‘Talk to us.’”