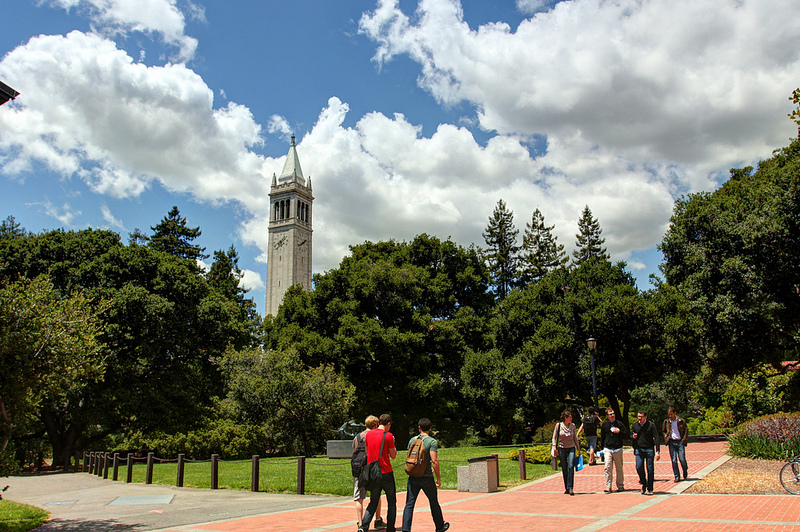 UC Berkeley is one of the latest campuses accused of mishandling sexual assault on campus. California lawmakers recently authorized an audit of UC Berkeley’s policies.

It’s been reported that nine students, including Sofie Karasek, have filed a pending federal Clery Act complaint against the university as well.

Karasek, who’s studying political economy, said that during an off-campus trip, she was sexually assaulted by a male student. “A couple weeks later he assaulted my friend… We were concerned he was going to harm other people,” she said.

She said she reported the incident, but heard nothing from the administration about whether there was an investigation.

Eventually, she said, she found out through the grapevine that her assailant would be graduating. Karasek inquired about her case, and she said the administration replied via email that the case had been resolved through the Early Resolution process. But Karasek was not involved.

“[Berkeley] was my dream school. Then to have this happen, and I felt that I was betrayed both by my assailant and by my school… I know Berkeley is better than that,” she said.

This experience prompted Karasek to spend over 40 hours researching the history of sexual violence at UC Berkeley (link to video).

UC Berkeley’s  Title IX Officer Denise Oldham spoke with Youth Radio about how the university is currently taking a look at its sexual harassment policies. For example, she said the student code of conduct was recently revised to include an appeals process for victims and students accused of sexual misconduct.

“We want our students particularly to know that we’re here to help them. And one of the ways we are trying to do that is by always looking for ways to improve our policies and our processes for responding to complaints of sexual assault,” said Oldham. “We welcome any opportunity to review and improve our procedures and we will fully comply with any kind of review that we’re presented with,” she added.

UC Berkeley is just one school dealing with this problem. Other schools include Swarthmore, Occidental College and University of North Carolina Chapel Hill. Youth Radio spoke with two student journalists who led an eight month-long investigation at the University of Maryland about sexual assault on campus. Read more here.

How The  Law Works On Campus

The legal framework for investigating sexual assault and sexual harassment on university campuses includes Title IX and the Clery Act.

* Title IX states (among other things):

No person in the United States shall, on the basis of sex, be excluded from participation in, be denied the benefits of, or be subjected to discrimination under any education program or activity receiving Federal financial assistance.

* The Clery Act states that universities that receive federal aid must disclose statistics about hate crimes, arrests and criminal offenses — including sex offenses. The Clery Act was amended to include a Campus Sexual Assault Victims’ Bill of Rights in 1992.

Some of those rights are:

* Survivors shall be informed of their options to notify law enforcement.

* Accuser and accused must have the same opportunity to have others present.

* Both parties shall be informed of the outcome of any disciplinary proceeding.

* Survivors shall be notified of counseling services.

* Survivors shall be notified of options for changing academic and living situations.