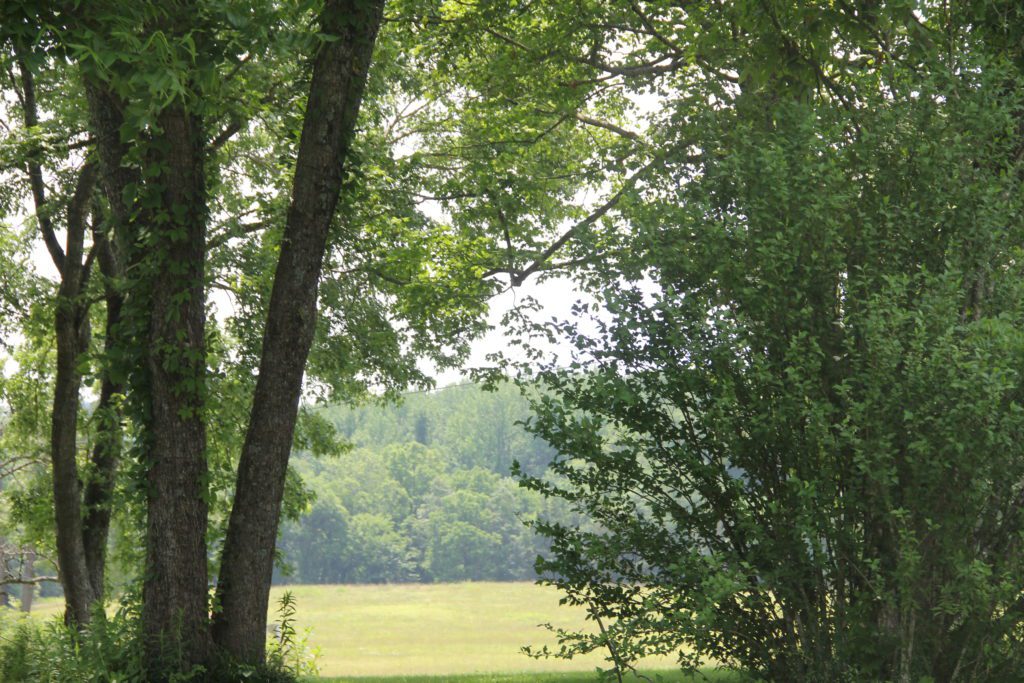 My mother came to Madison, a suburb in Alabama (near Huntsville), in 1990 to 1) meet her pen pal (aka my father) and 2) have a better life. My mom is from one of the most populous, but also impoverished, countries in the world: Indonesia. My family has been able to thrive here. I was able to grow up in a good school system surrounded by doctor offices and multiple hospitals, but just two hours away, teens like myself are growing up in a county with one of the lowest life expectancies in the U.S. 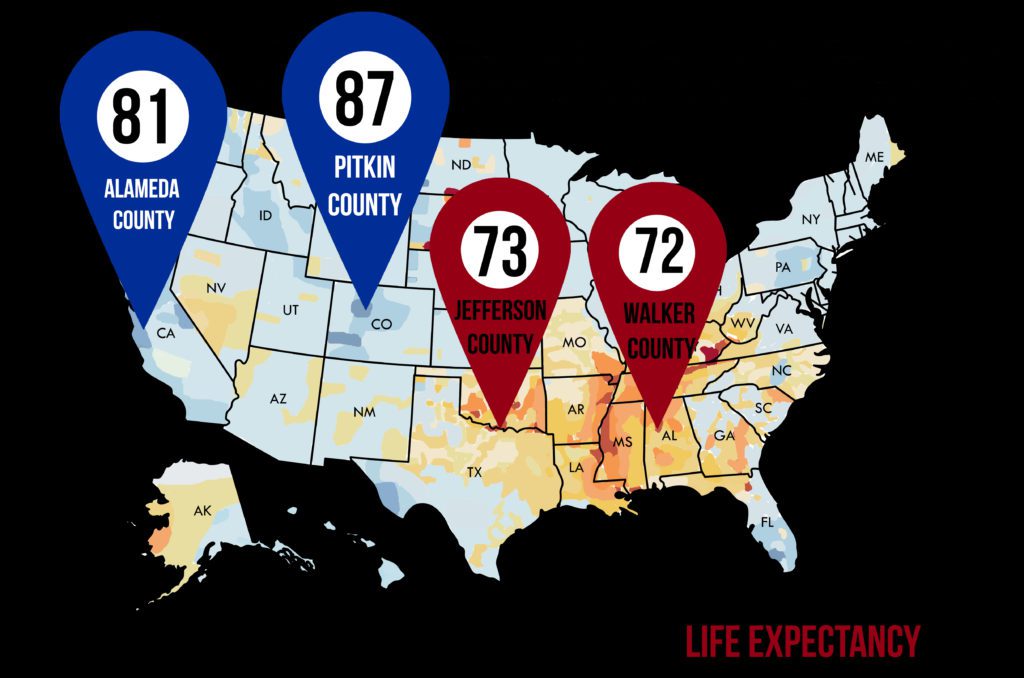 How long you live may depend on where you live. According to a recent report that appeared in JAMA, many Southern counties have lower average life expectancy than counties in other parts of the country. Illustration by Dominik Vaughan/Youth Radio, adapted from a map created by the Institute for Health Metrics and Evaluation.

Life expectancy depends on where you live. You can see it in this map created by the Institute For Health Metrics and Evaluation.

The map is color coded – blue for a long life, and yellow and orange for a shorter one. While most of the country is a sea of blue, not the same can be said for the South, particularly my state.

Alabama is stuck in a paradox.

When we make the national news it’s often: “Here’s the new racist thing that happened this week in everyone’s favorite Bible Belt state.”

There are counties that are still disproportionately affected by poverty and lack of access to healthcare and education. Recent cuts to healthcare provisions continue to hurt Alabamians.

Yet, there are still a lot of endearing qualities about Alabamian life.

Southern hospitality is always a plus. Every grandma in the state is basically Paula Deen. Whenever I leave the South, I notice the absence of friendly greetings and overall generosity. 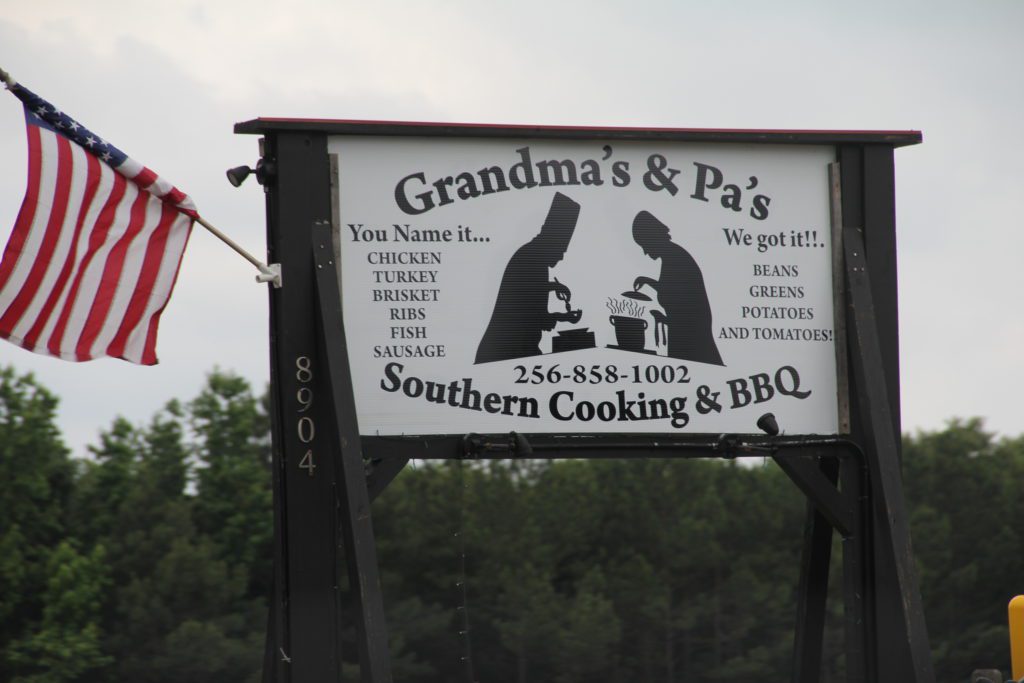 Property taxes are extremely low, making it a good place to buy a home and start a family. And everyone knows that “family values” matter deeply to Southerners (unless you’re a governor of course.) Oh, and there’s the beach. Alabama has such picturesque beaches that schools start later in the year so “beach season” lasts longer. What more could anyone ask for from their state?

Well for starters, maybe to live a little longer.

I had always been used to defending our way of life: our lackadaisical hot summers, our slow, drawn out phrases, and our incessant use of the word “y’all,” but my relationship becomes more and more strained with Alabama as I grow older and think about my future.

I know that one day I will have to leave Alabama, just like my mom left Indonesia more than 25 years ago. As an aspiring journalist, the job prospects here are not promising. Local news is wonderful, but there are no real opportunities to branch out with such a small scope of influence. Not only that, pay is minuscule. An Alabamian journalist is destined to be lower income, just like most of the state. 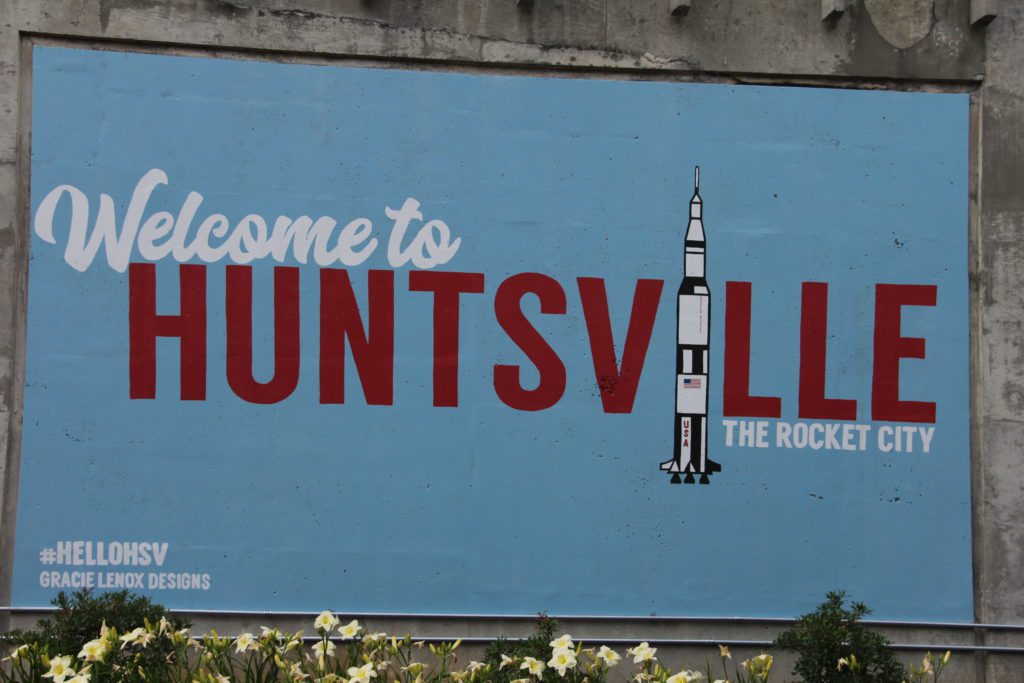 And that’s just it. So many jobs here are lower paying and do not have a lot of promise. With so many low-paying jobs, there is a smaller chance for a community to succeed. I don’t want become another low-income resident with a low life expectancy.

In Walker County, the county with the lowest life expectancy in Alabama, the emigration rates are growing and I don’t expect them to stop. I have friends who want to be diplomats and artists and actors and politicians, and unless you’re one of the lucky (and rich) few in Alabama, that feels impossible. In the land of opportunity that my mother immigrated to, there seems to be less and less opportunity here. And until something changes, my home will continue to be just another statistic.