Missing YR Media’s podcast Adult ISH already? While you wait for Season 5, feast your ears upon these nine delightful podcasts. Whether you’re jonesing for innovative audio fiction, riveting documentary, youth-oriented storytelling or an illuminating chatcast, there’s something new here for everyone.

On The Land
Centering Indigenous voices and relationships to nature, “On The Land” makes for critical listening in a time of climate insecurity. Host Deenaalee Hogdon, a native Alaskan (Deg Xit’an Athabaskan and Supiak, to be exact), introduces a diverse array of interviews with Indigenous people who each have a separate, sacred, contemporary relationship to the earth. Lovingly sound-designed and carefully assembled, the newest season, “Our Arctic Presence,” features Indigenous voices from the rapidly warming Circumpolar North.

Appearances
From Mermaid Palace and Radiotopia. An intimate one-woman show by audio powerhouse Sharon Mashihi, “Appearances” follows the story of a 30-year-old Iranian American protagonist and her family — all members of which are also adeptly voice acted by Mashihi. A semi-autobiographical blur of fiction and truth, this show nimbly dances between themes of first-gen immigrant expectations, finding honest love in NYC and motherhood.

Gender Reveal
Created by whip-smart journalist Tuck Woodstock, “Gender Reveal” is simple and striking in its scope: it’s a show that almost exclusively features interviews with trans, nonbinary, and two-spirit people. In addition to entertaining, informative interviews for and with people who have lived experience with gender diversity, the show is also a self-proclaimed educational resource for those who might be new to learning about gender. Plus, Woodstock goes above and beyond simply featuring queer folks; “Gender Reveal” also runs grant and mutual aid programs for trans BIPOC people and artists in need.

How to Talk to [Mamí & Papi] About Anything
Created by, for, and about adult children of immigrants, “How to Talk to Mama & Papi About Anything” dives into the difficulties of intergenerational, inter-continental family relationships through frank conversations about mental health and professional advice. Host Juleyka Lantigua-Williams connects her subjects to what amounts to free therapy sessions, which address subjects such as ignoring COVID-19 guidelines, family members denying systemic racism and developing one’s own sense of identity.

MOONFACE
“Moonface” is a smart, sexy, and sensitive coming-of-age fiction about a queer Korean American protagonist (voiced by comedian Joel Kim Booster) in the process of coming out to his parents — without the language to do so. The show is artfully crafted by James Kim, whose personal frustration with having a basic conversations with his parents will resonate with many first-gen listeners.

Okay, Now Listen
A biweekly podcast hosted by hilarious friends Scottie Beam and Sylvia Obell, “Okay, Now Listen” is the perfect show for culture vultures who have devoured the back catalogs of media-heavy chatcasts like “Another Round” and “Keep It!” The hosts elevate conversations about whatever shows they’re binging, trends they’re setting, or music they’re listening to with ebullient energy and effortless rapport.

Tai Asks Why
From CBC and TRAX/PRX. Like many 14-year-olds, the precocious Tai Poole has a lot of questions — What is dark matter? How do we define love? How are we going to stop the climate crisis? Unlike many tweens, Tai hosts his own delightful podcast, where he invites listeners of all ages to explore and learn alongside him. In interviews with scientists and popular big-brained writers (think Neil DeGrasse Tyson, for one), Tai brings youthful joy and curiosity to his learning journey. The third season of “Tai Asks Why” drops Jan. 13.

Time Well Spent
Crisply produced and compellingly written, “Time Well Spent” coasts along on the charisma and heart of its host Ronald Young Jr. Young’s storytelling chops are at their best when he focuses on the relationships in his life. Whether navigating adult friendships, parental tension, or the day-to-day difficulties and joys of existing in the world as a Black man, what sets “Time Well Spent” apart is its radical honesty and timeless, compelling stories.

Gen BIPOC
The colorful, conceptually broad “Gen BIPOC” features honest, story-heavy interviews with BIPOC-identifying young folks. Twentysomething South Asian host Ankita Verma came into the audio world fresh from Elizabeth Warren’s presidential campaign and brings a political lens to her interviews; for example, a conversation with 21-year-old Kathy Santamaria-Méndez, who immigrated to the U.S. at a young age and shares with Verma about intergenerational trauma and the Salvadoran Civil War. 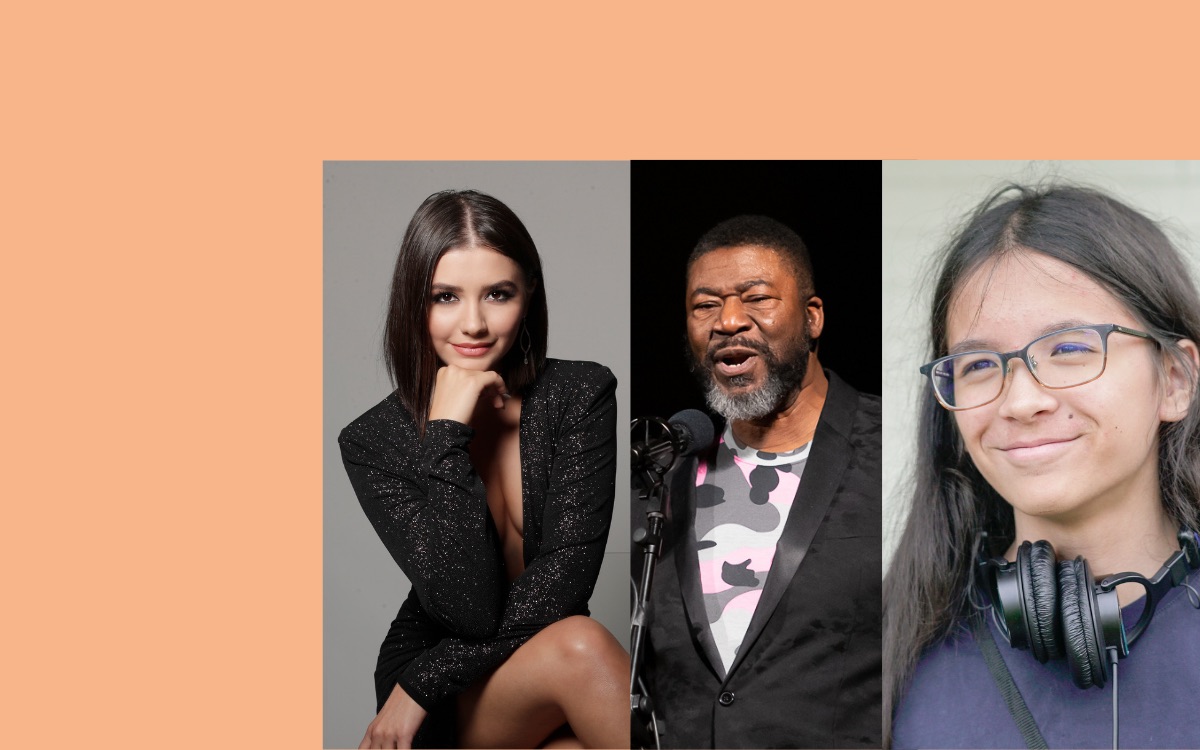 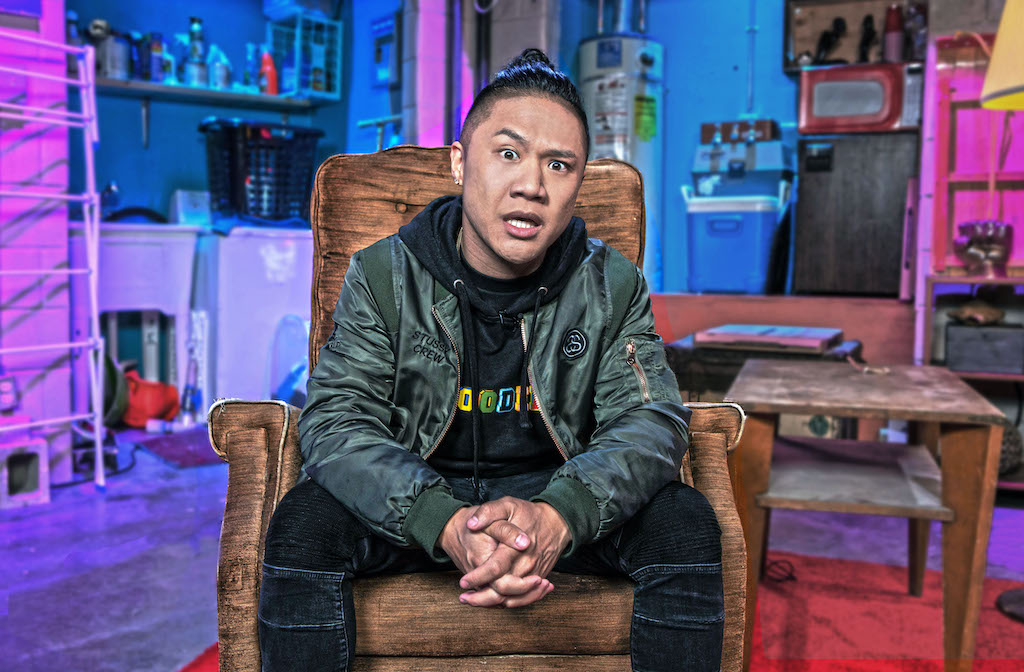 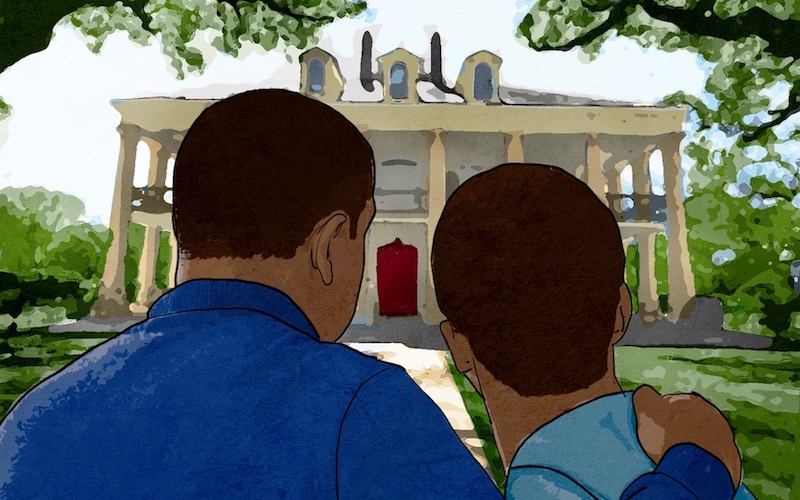