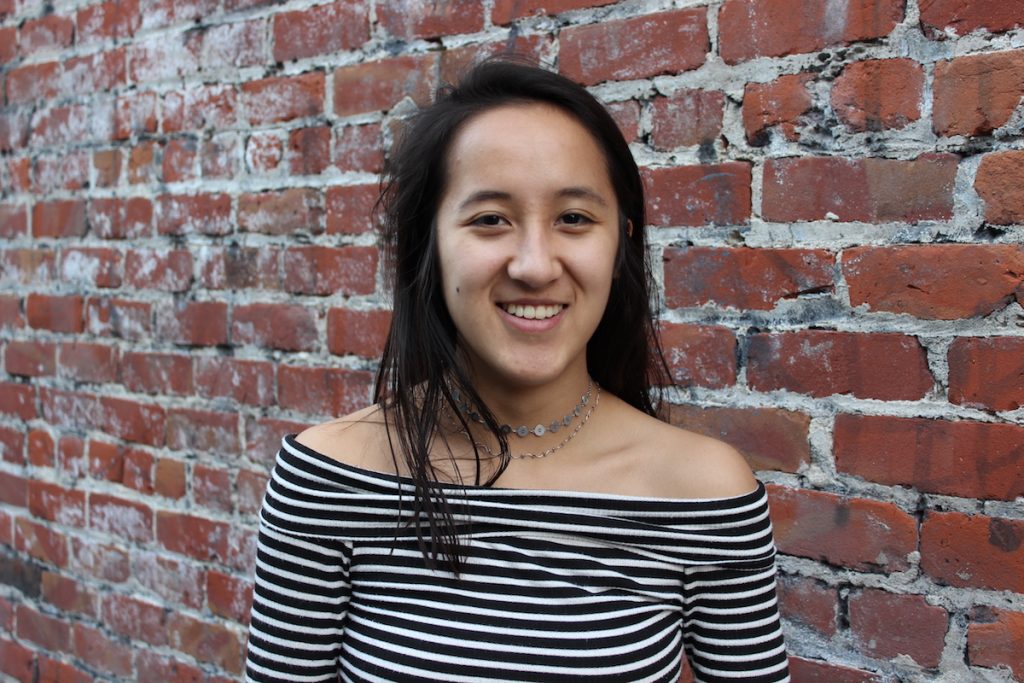 Last month, Youth Radio hosted our journalism partners across California for the 2018 Statewide Youth Media Conference — a convening of professional journalists and almost 100 youth media makers who came to Oakland for hands-on multimedia training and networking.

The conference (a first for Youth Radio!) was led by our staff in partnership with a youth advisory board representing rural and urban communities across the state, including Youth Radio Newsroom Intern, Sierra Fang-Horvath.

Sierra shares her experience planning and attending the conference, and explains why youth voice is so powerful — particularly in our current political moment.

What were you expecting going into the conference?

I’d never been to any conference, let alone a journalism conference, so I was really nervous. I think everyone’s worried about having imposter syndrome, like “whoa all these kids are all so much more socially active and woke, and all around more intelligent than I am.” But everyone was really laid back and excited to be with people who shared the same interests and passions and goals. And we all had different sets of skills which I really liked.

I was not expecting it to be so fun! Youth Radio staff did a really good job of making it a good time, it wasn’t information overload. I liked the diversity of selections, there were always two to three workshops you could choose between, so I was never bored and I was actively enjoying myself.

I never thought about photojournalism as a route for me, but watching that presentation was awesome. Learning some of the ins and outs of video editing -— just things I told myself I couldn’t do because I was like “oh, I’m a writer.” And I [realized] I can do a lot more visuals and audio and all sorts of other aspects of journalism that I hadn’t even thought about.

What were some of the biggest things you learned?

It reinforced my understanding of the importance of youth voices and youth activism. One of the big things in journalism right now — especially in some of the communities that I’m a part of — is how do we tell stories that are truthful and unbiased while also taking a stance and actively moving towards helping the community. It’s really hard in the political climate we’re in.

I think I walked away with more tools in terms of of how to balance personal belief vs. compelling storytelling vs. hard news. I emerged from that experience more equipped to answer that question.

What was it like helping to plan the convening?

I liked trying something new. I was sort of overwhelmed when they asked me to go and be this youth advisor, I was like, “ah, I’m not cut out for the job.” We talked about people we wanted to see, what workshops we wanted to do.

It was nice, I appreciate that our voices were included in the planning. I feel like if adults had done all the planning it would be very clearly adults pandering towards teens, whereas because it heavily factored in teen input into like, “what are the activities you want to do, what are the speakers you want to see, where do you want to go to eat and hang out,” it really felt like a big group of friends.

It’s a little nerve-racking sometimes — it’s hard to put your opinion out there and have someone totally crap on it. That makes me sound like a veteran when really I haven’t done it that frequently, but I’ve gotten enough crap to know that you just tell your truth and if other people don’t agree with it, then that’s ok.

The moment I realized “I don’t really care what those people think,” I felt so mature. I know a year ago if I’d read the comments [on a  piece I’d written] I’d be so torn up about it. But after going through a year of Youth Radio and getting constructive criticism and hearing opinions, it doesn’t really affect me anymore.

Why are youth voices so important and so powerful?

Youth voices are just so important because they’re not heard enough. You hear about youth topics from adults, and they’re just pretty out of touch — they’re not on the ground, they don’t really know what’s going on in terms of trends and pop culture and actual concerns. I think a lot of teens have been super inspired by Parkland, and to see this combination of student activists and storytellers and survivors and to see teens actually going out and expressing themselves vs. having these adults speak on behalf of them. It’s teens saying we’re tired of you guys telling us what we want, and we’re going to tell you what we really do want.

So to be at that conference with all these kids who are actively part of that movement and saying “I’m going to vocalize what’s important to me and I will not let you try to define me.” That was really powerful.

Check out this short video recap of the convening below: