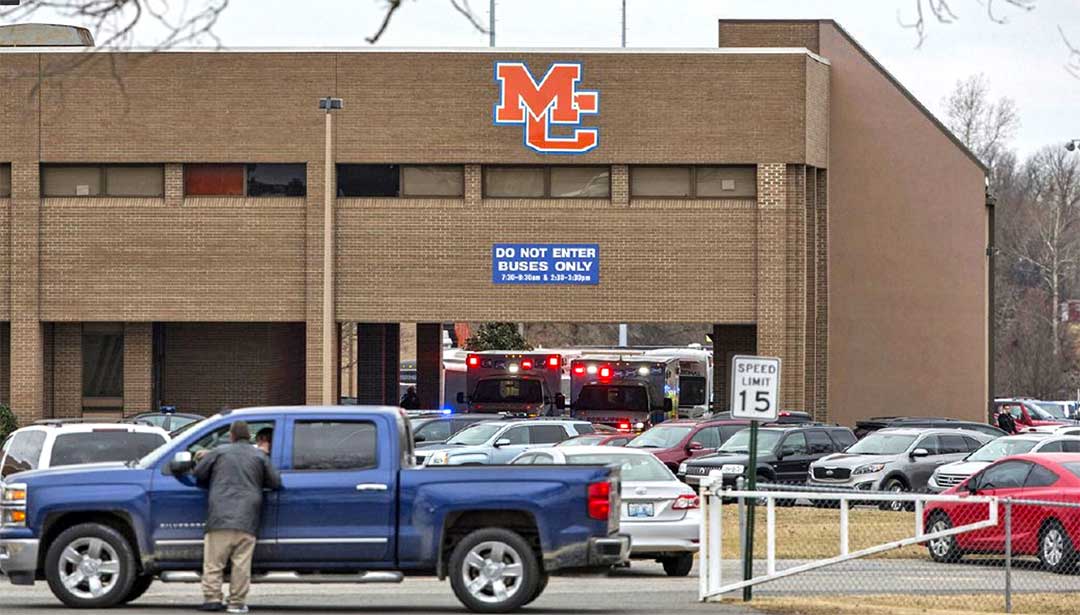 Two teenagers are dead and at least 18 wounded after a 15-year-old student allegedly opened fire at Marshall County High School in western Kentucky Tuesday morning. The incident began just before 8 a.m. and the suspect, whose name has not been released, was apprehended at the scene shortly after. According to Everytown.org, which tracks gun incidents on school campuses, there have been at least ten school shootings so far in 2018.

i was about to walk into the school and heard the gunshots from the parking lot. kids started running from inside and screaming. a guy yelled there was a shooter in the school. my worst nightmare and it’s happened in real life, here at Marshall County High School #MarshallStrong

I’m stunned this is getting as little coverage as it is today #KentuckyShooting https://t.co/jA14MFXwva

We can’t solve our biggest problems if we fail to acknowledge they exist, @MSNBC, @FoxNews, @CNN. When kids witness their classmate open fire on their school, we should all be talking about it and demanding answers. pic.twitter.com/Zo3h419tq8

Please keep the families of Bailey Holt and Preston Cope in your thoughts and prayers during this hard time. #MarshallStrong pic.twitter.com/FVcYEFhI3a