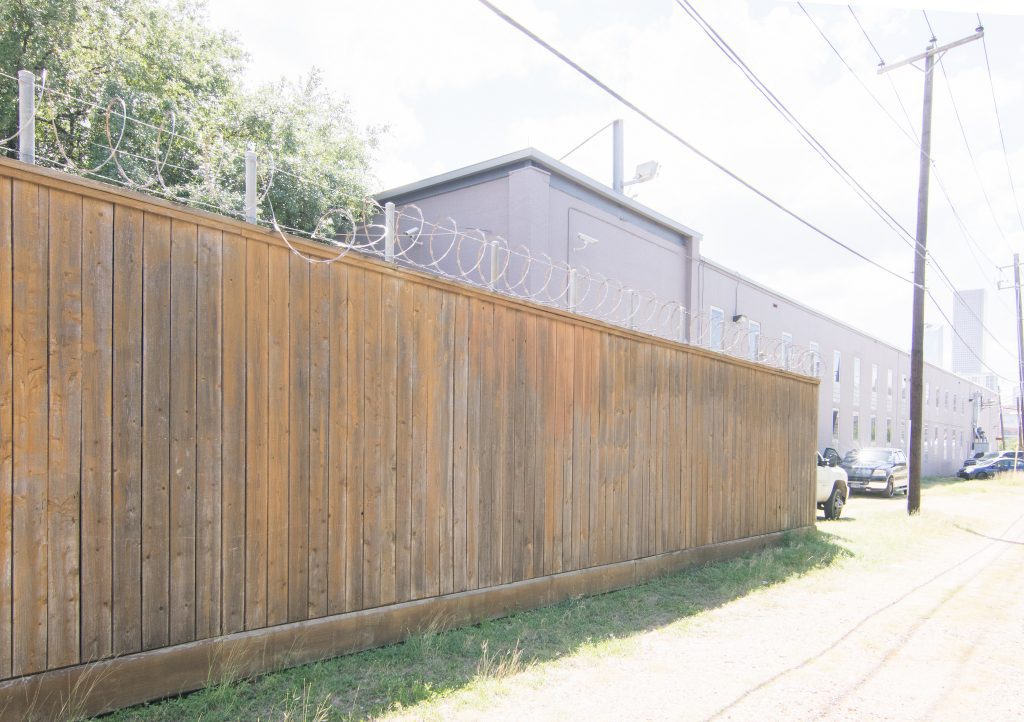 A U.S. government contractor named Southwest Key leased this facility in Houston, Texas, and applied to the state for a license to house hundreds of immigrant children there. The street it’s located on happens to be named Emancipation Avenue. Photo by Patrick Feller via Creative Commons

Although President Donald Trump signed an executive order to halt the family separation at the border caused by his zero-tolerance immigration policy, there are still thousands of migrant children living in detention centers across the United States.

These facilities, which Fox’s Laura Ingraham compared to summer camps, are far from anything like that.

In fact, these children are not only being held in prison-like conditions, but reports are coming out stating they have been subject to extreme and harsh abuse in these camps.

Apart from being ripped away from their families under terrifying conditions, here’s a look at some of the reported horrors these migrant children are enduring in U.S. facilities.

A report from Reveal recently uncovered that children in U.S. custody at Shiloh Treatment Facility, a government contractor in Houston, Texas, are being held down and injected with strong psychiatric drugs.

A lawsuit alleges children were told they couldn’t see their parents until they took the medication, which they were told, falsely, were vitamins.

Additionally, violent tactics were allegedly used to administer these medications. Reveal’s report details a young girl claiming to be thrown against a door and choked by a Shiloh supervisor after she tried to open a window. The child was then reportedly told she was going to receive an injection to calm her down, at which point she said two staff members grabbed her while a doctor gave her an injection despite her objections.

Some of the medications being administered are so powerful that children are falling, hitting their heads and losing the ability to walk, winding up in wheelchairs.

Children in detention facilities are reportedly being subject to extreme and excessive physical force, according a lawsuit against Shenandoah Valley Juvenile Center in Virginia.

The lawsuit says “malicious and sadistic applications of force” lead the young migrants to be subject to “significant injuries, both physical and psychological.”

For example, a 17-year-old Mexican citizen — reportedly fleeing an abusive father and drug cartels in his home country — was thrown to the ground and forcibly had his clothes taken off for an impromptu strip search after a staff member suspected the child was in possession of contraband. When the contraband was not found, the 17-year-old was still sent to unit designated for children with bad behavior, according to Time.

The teen reportedly later attempted to kill himself, only to be placed in isolation as punishment.

Another facility reportedly gave children a kick in the ribs if they didn’t answer to one of the four roll calls every day.

The same lawsuit against Shenandoah alleges Latino children were handcuffed and restrained with cloth shackles in chairs for hours, where they were, again, beaten by staff.

And a young Honduran immigrant claimed to have a bag placed over his head while he was handcuffed in a chair.

There are already disturbing images of children being confined in cages, but now reports have also emerged of children allegedly being left alone, nude, in cold, cement cells for long hours as a form of punishment for minor infractions.

One Guatemalan youth said he was left in his small cell for 23-hour periods, and if he resisted the guards, he too was restrained in a chair according to the Star Tribune.

“When they couldn’t get one of the kids to calm down, the guards would put us in a chair — a safety chair, I don’t know what they call it — but they would just put us in there all day,” the teen said in a sworn statement. “This happened to me, and I saw it happen to others, too. It was excessive.”

Despite receiving $82,000 from the Agriculture Department, youth at Shenandoah report being served sparse, cold meals, often leaving them hungry.

Some of the youngest children at another facility are also often left hungry after refusing to eat the sandwiches offered, BuzzFeed News reported. In these instances, the young children are not offered any sort of alternative, and are instead allowed to go to bed on an empty stomach.

These are the conditions immigrant children — often seeking asylum due to violence, war, and other forms of persecution in their home countries — from Mexico, Honduras, Guatemala and other Central American countries are forced to endure.

And for now, they’re facing staying indefinitely in these detention centers run and funded by the United States, on our soil. According to psychiatrists, being subjected to these conditions could cause lasting mental and emotional damage. None of them are convicted criminals, yet they are being subjected to prison-like confinement and treatment.