Donate Now
Samer Marash, 22, has settled into Munich after leaving his home in Aleppo, Syria.
12.01.15 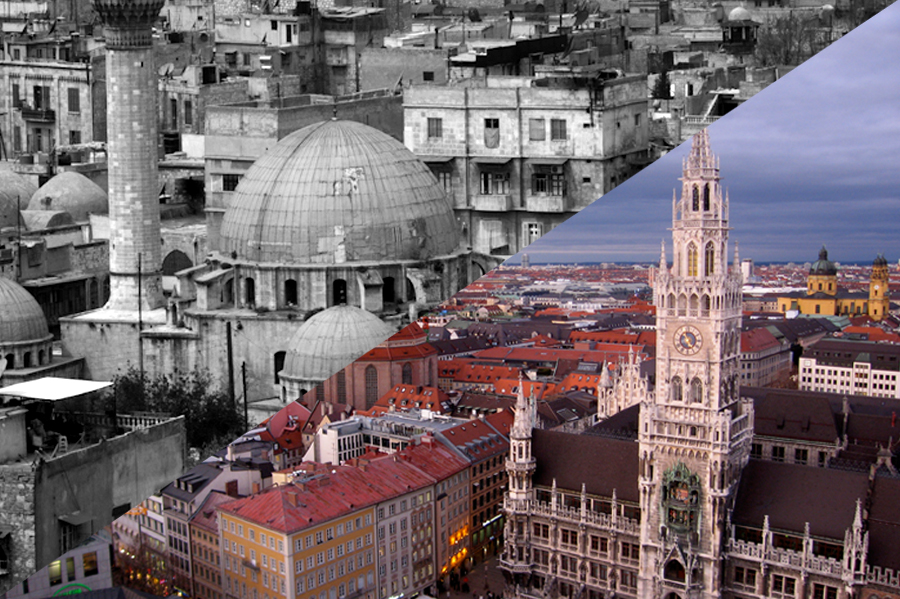 Samer Marash, 22, has settled into Munich after leaving his home in Aleppo, Syria.

“I became 22 on the same day of the attacks. It was my birthday”

Samer Marash is a Syrian refugee living in Munich, Germany. In the aftermath of the attacks in Paris, Youth Radio talked to Marash about how things have changed for him.

Youth Radio: What was your reaction when you first heard of the Paris attacks?

I was really shocked. I instantly knew…there would be really bad reaction on the refugees. The whole move, it was supposed to do that… They [ISIS] really hate the people who went away, the refugees. So they wanted to [target] both — the French and the refugees — to affect them.

Refugees ran away from them, from ISIS… They just want to recruit people, take control. So people fled. And I think they hate refugees for it… And maybe they’re hoping the European Union will take action against refugees, or something like that. Big game, big plan, I don’t know.

YR: Are you afraid of how Europeans will react?

Yeah, I’m afraid of the reaction of people. I don’t want them to hate us. We are just normal people trying to adapt to a new environment.

The mood? In Germany I don’t feel a big difference. I feel a big difference on Facebook, the comments of the people. I have a lot of pages. I can see the reactions of people: “We don’t want more refugees. The refugees are coming bringing people from ISIS.” Maybe they feel endangered. They feel afraid for their families and everything.

YR: How do you feel?

YR: Why did you leave Syria?

It was awful. I had no choice. I just wanted to continue my studies. I could not do that in Syria. They demanded me to go to army. I did not want to do that. So I had to leave. My parents wanted that, because I’m only child of them…It was a strange experience.

YR: When you were in Syria, did the violence affect your everyday life?

Everyday when I went out to college, I had a 50% I won’t get back to home. Maybe I’ll get shot or something. Because the bombs and the bullets were all the time. There was a chance everyday.

YR: What were you studying?

YR: How did you learn English?

I watch a lot of movies, listen to music, and read books, too. I was interested in English since I was six, seven years [old].

My favorite movies: Die Hard, I like horror movies, not so much the action ones, [I prefer] the comedies. And How To Lose A Guy In 10 Days, that was awesome! I watched that like 10 times.

YR: Are you in school now?

[I’m] not in school. I’m just doing the language courses I need to reach really high language course in German, so I can apply to Munich University. It’s really hard to get in, even for Germans, so how would it be for [a] refugee?

YR: Are you trying to bring your parents over?

Now I can’t. Maybe when I can get a job, I can help them. Reunion of the family is possible only when the person has a job with a big salary and has a place, so that’s my plan.

I think i will continue my life here, because in Syria it will not get normal in 10 years, maybe more.

YR: What are your parents lives in Syria like now?

Not that good. There’s no electricity. Not that much water. And everything is really expensive, like the food, I mean, basic food. So it’s really hard there.