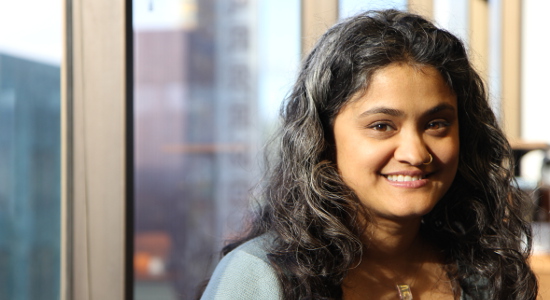 Imagine victim and offender sitting across from each other in a small room containing a circle of chairs. There are no bailiffs or guards, just two people, maybe a lawyer and some family members, talking. They discuss ways to right old wrongs that allow both parties to move forward after a crime.

It may sounds like a fantasy, but Sujatha Baliga, who heads the Restorative Justice Project at the National Council on Crime and Delinquency, says the practice works, even with the most severe crimes.

Restorative justice consists of a series of meetings between both parties, victim and offender. The goal is for the two parties to come up with a solution that hold offenders accountable to victims. Baliga says the practice can precede the court system, or even replace it altogether.

Much of the time, restorative justice is offered as an alternative to the traditional justice system for non-violent or misdemeanor offenses. But in 2010, Baliga helped facilitate a restorative justice approach in a Florida murder case where a young man named Conor McBride was convicted of shooting and killing his fiancee, Ann Grosmaire after a prolonged argument. The Grosmaire family, who was close with Conor, met with the McBride family in the wake of the crime to come up with a fitting sentence for Conor.

Youth Radio reporter Sayre Quevedo sat down with Baliga at her office in Oakland, California to discuss the McBride case and the ways restorative justice could change the way we sentence juveniles in this country.

YR: You use this phrase, “being held accountable to victims” when you talk about restorative justice. What does that look like?

SB: So, what if somebody burglarizes somebody else’s home and instead of them going to juvenile hall or going to prison what would it look like if they met with the person they burglarized, listened to that person define the way that they were harmed and try come up with a plan to do right by that person? What if they had support from their community to complete that plan and the victim had community support to put their life back together after a crime? To me, that’s an ideal restorative justice scenario.

YR: In that example you use burglary, but the McBride case involved murder. Do you think restorative justice works across the board, for all crimes?

SB: We like to work with cases where the young person takes responsibility. There are kids whose cases have been referred to our program in the past where they’ve claimed they’re innocent, and a whole bunch of witnesses say they’re innocent. You get the wrong kid sometimes. We’re not going to use the restorative justice process to sort that out. You need a lawyer to tell the court that this person didn’t do it. We’re not investigators in restorative justice. So, that is one scenario in which we always need courts and finders of facts.

YR: The prosecutor in the McBride-Grosmaire case, Assistant State Attorney Jack Campbell, took part in the restorative justice process but also said he was a little worried he would appear soft on crime. Is that something you come up against often in this work, and do you think it hinders the growth of restorative justice as a practice?

SB: I think that is a genuine concern for prosecutors, and particularly elected officials. It’s such a challenge to get re-elected without having a tough-on-crime persona. So, it’s a problem. But I think we have a real understanding in America that we can’t continue to bankrupt ourselves, fiscally and morally, with our traditional criminal justice system and that there are many, many cases that could be handled a different way. So, I think that restorative justice offers an opportunity for prosecutors to bring something forward that says, this is an accountability model.
When you think about it, Conor, 19 years old, he did take someone’s life, the life of someone who trusted him. But a 20-year sentence is a very long time. What the Grosmaires wanted, ten years with a ten year period of probation where Conor did a lot of public speaking about dating violence and worked with charities that Ann was dedicated to, that doesn’t seem soft on crime to me. That seems smart. That seems like a possibility for redemption and healing in the wake of crime.’

SB: Restorative justice, as a concept, has been here since time immemorial. We call it restorative justice today but it’s embedded in everybody’s indigenous history in terms of what justice looks like.

We’re stuck in a paradigm which is, “What law was broken, who broke it and how do we punish them?” Restorative justice is a real paradigm shift to, “What harm was done, what needs have arisen, and whose obligation is it to meet those needs?”

That shift is new for a lot of people, even though it’s been around for 20, 30 years now in North America. It takes awhile for us to figure out what it’s going to look like in our community.

It’s slow. It’s culture-change. I think it should be ground up, community-based. When things happen that way they are more deeply embedded in ways that really take root. So, it’s slow. And it should be slow and thoughtful. It takes time.

National Council on Crime and Deliquency

“Can Forgiveness Play a Role in the Justice System?” NY Times. Jan, 2013