Amazon is amazing. They cater to our feminine needs. Sure, you can get one-day tampon delivery, but more importantly, you can also order a “ladies” Self-defense keychain in a 5-pack of jewel tones. Hooray!  And that’s just one of the many products designed to make avoiding sexual assault and predators on the street easy — or at least, fashionable!

I mean sure, rape culture can only *technically* be defeated with comprehensive societal reform… but until then we rounded up some of the stand-out products available on Amazon for the #MeToo era. Don’t you feel safer already? 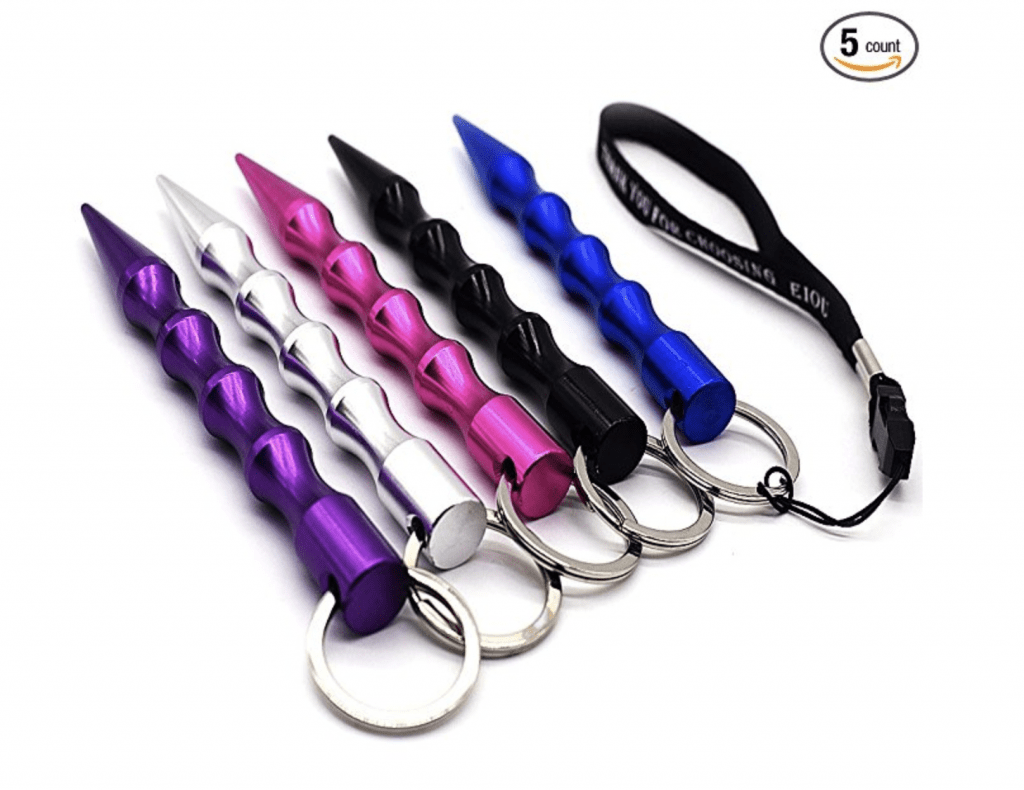 These fashion shivs come in five colors, ranging from pink to purple to silver. So you can defend yourself from attackers in style. I don’t know about you, but when I think someone may be following me to my car at night, I feel better knowing my nail polish matches my choice of key chain weapon. 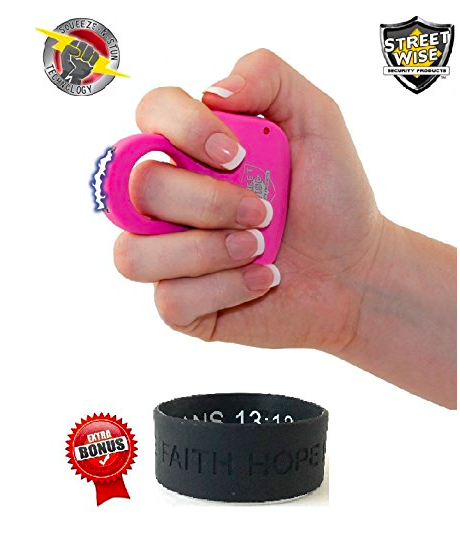 Do you need to buy a taser but it feels like… a little much? We’ve all been there, and lucky for us, Amazon does a great job making sure all third-party self-defense weapons stocked are visually appealing to their female audience. Like this “concealed self-defense taser (for women) stun gun” with 18,000,000 volts for only $22.95! Obviously, it comes in pink. And looks great with a french manicure.

And as Billy Mays would say, “But wait–there’s more!” Not only do you get a small pink taser, but it also comes with a bracelet. Yes, ladies, free jewelry! Inscribed with “Faith, Hope, Love.” This bracelet is “meant to inspire you throughout the day”–presumably while you grip your small pink taser in fear as you walk through a dark alley at night. 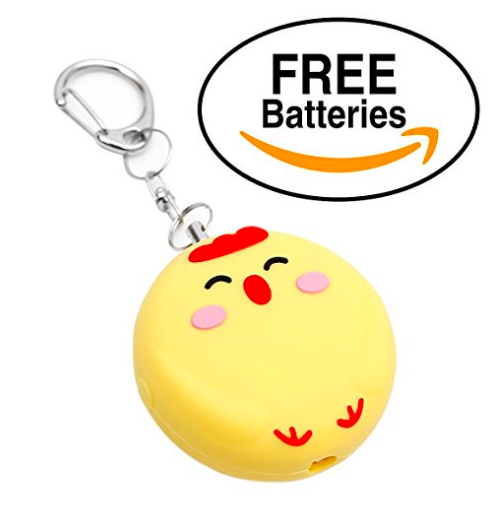 Here’s a question I like to ask myself: If I had a rape whistle would I feel safer? Ignoring the fact that most sexual assaults take place between people who know each other — maybe. But if I had a “Bear Gentleman Lovely Chick personal Alarm” would I feel even safer? The answer to that is 100% yes.

There is some fascination with these rape whistles and other self-defense alarms being concealed. It’s almost like they want women to feel safe being armed with these tiny whistles and alarms, but not so much as to intimidate the attackers or raise awareness about violence against women. I mean, imagine walking down the street and every woman you pass has a large black taser strapped to her belt — terrifying, right? Now imagine being a woman so scared for her personal safety that she feels the need to buy concealed rape whistles and tiny chicken-themed rape alarms.

It’s easy to make fun of these products, but real talk time — most of the young women I know have bought or been gifted something not too far off from the stuff that appears on this list. And especially now that we’re talking about sexual harassment more than ever thanks to #MeToo, I get it.  Still, adding “tiny bedazzled pink taser” to my college dorm shopping list wasn’t the best feeling in the world.

While I appreciate Amazon for making these defense weapons more available, maybe it’s time we all agree the solution to sexual assault requires a little bit more thought than creating a chicken-shaped portable alarm? Instead of spending thousands of dollars on self-defense items, we could as a society put money towards educating would-be aggressors.

But then again, who wouldn’t want a mini bedazzled pink taser?