The first step in ending no-knock warrants on a national scale was introduced Tuesday by a U.S. Minnesota representative.

Rep. Ilhan Omar announced on Tuesday the Amir Locke End Deadly No-Knock Warrants Act, a month after the 22-year-old was shot and killed on a couch after Minnesota police tried to execute a no-knock warrant.

“Far too often, no-knock warrants and raids have severe and deadly consequences, resulting in property damage, trauma, and death,” Omar said in a release, adding, “It is unconscionable that no-knock warrants continue to be in effect with little to no restrictions, regulations, and regard for the impact on lives. These preventable tragedies result in mistrust and leave behind deep wounds for families and communities that have a long history of aggressive over-policing.”

Karen Wells and Andre Locke, parents of Locke, said during a telephone news conference after the announcement, “While the Amir Locke End Deadly No-Knock Warrants Act is not a complete ban, we support all efforts to restrict this dangerous and deadly practice to save even one other innocent life, and to hold law enforcement accountable when the service of warrants goes terribly wrong.”

Wells talked about how her son was getting ready to move to Texas to live with her and his older brother, and how he had dreams of pursuing a career in music and fashion.

Philonise Floyd, brother of George Floyd, who participated in the news conference, said he’s made it his mission to keep pushing for reform ever since his brother was murdered by Minnesota police. 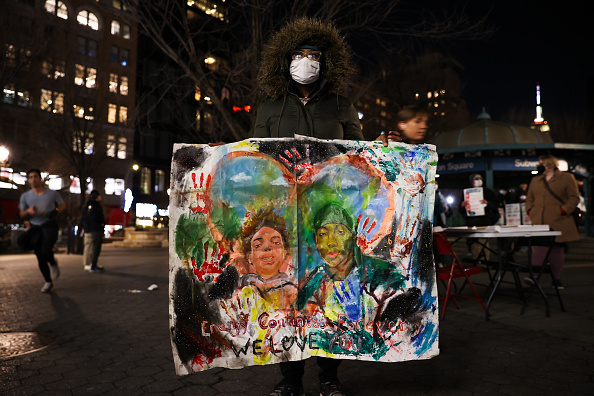