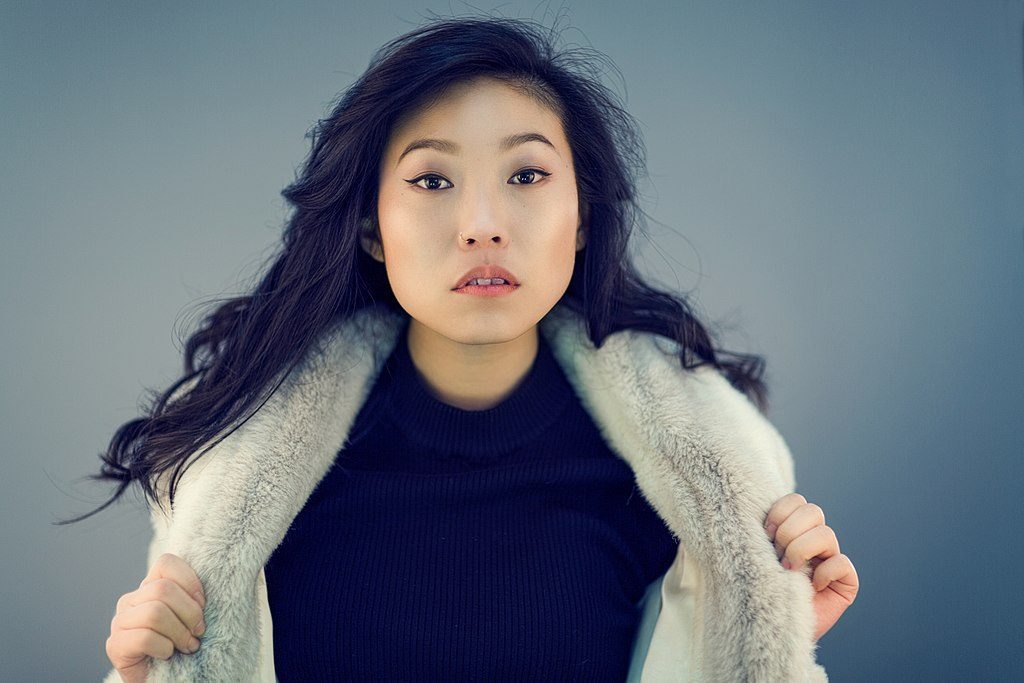 Awkwafina, one of the stars of “Crazy Rich Asians.” Photo by Casi Moss via Wikimedia Commons

The highly anticipated summer flick Crazy Rich Asians is leading at the box office heading into the weekend — and making history while doing it.

The rom-com has an all-Asian cast with Asian-American leads, and is being hailed for adding representation for Asian and Asian-Americans in a major studio film.

Less than 1 percent of Oscar nominations have gone to those with Asian backgrounds — the lowest of all underrepresented groups. A University of Southern California study also surveyed over 1,000 of the top-grossing films in the last decade and found that just 34 (3.4 percent) had an Asian director.

The film also comes out in a time when whitewashing of Asian roles is still happening. Just last year, Scarlett Johansson, a white actress, was hired to play the role of an Asian character in a movie adaptation of the anime story Ghost in the Shell. And In a 2015 rom-com, Aloha, white actress Emma Stone played a half-Hawaiian native woman named Allison Ng. And those are just two examples.

But as of Friday, Crazy Rich Asians was leading at the box office, bringing in $3.76 million Thursday, and $5 million from its Wednesday release. Moviegoers, especially young people, are taking to Twitter to share what seeing Asian representation on the big screen meant to them.

Many shared stories of seeing their own immigrant histories reflected onscreen:

#CrazyRichAsians gave me all the feels — one minute I was laughing, the next I had tears on my face. Some themes/lines felt so real I swear I've heard them in real life. At its heart, CRA is really an immigrant story about the tension between 1st and 2nd-gens. ??? #GoldOpen pic.twitter.com/3qCD81EB1g

I seriously underestimated how meaningful #CrazyRichAsians was going to be for me. To not only see Asian faces on the big screen, but to see glimpses of my immigrant mother and hear cultural jokes that finally aren't based off a bad accent — man, my heart is really full.

Guys #CRAZYRICHASIANS was everything I could have expected and hoped for and as a third culture kid who grew up in Asia and the US I cannot even begin to express how meaningful the film was to me personally. WE ARE OUT HERE!!

#CrazyRichAsians made me so proud to be a Chinese-American raised by strong, immigrant Chinese parents. @ConstanceWu is amazing as always!

Others pointed out how accurate the little details of the film were:

Like every character in the movie is Asian!! I’ve never seen a movie like that before and it was so refreshing.

Even the music in the movie is by Asian artists! The dedication @jonmchu put into showcasing Chinese/Asian culture is amazing

A day after seeing #CrazyRichAsians and I'm still overjoyed. From the casting, to the food scenes, to how crisp the storyline progressed. To the subtle, Asian details that were cast onto the screen without explanation.

And others expressed their emotions at seeing themselves represented in the blockbuster:

We watched #CrazyRichAsians today and I was laughing and crying throughout the movie. It was a breath of fresh air to be able to relate to the characters and see fellow Asian American actors as leading roles. So fun! Everyone must go watch!!!

Crazy Rich Asians = 1st movie with an all Asian American cast IN MY LIFETIME. My poor, immigrant, raised by a single mom self felt so validated by Rachel’s character and story. Go watch this movie to add some joy to your life and show them that we want more AsAm stories ??

i consecutively watched two book-to-movie adaptations (#CrazyRichAsians and @jennyhan’s #ToAllTheBoysIveLovedBefore) in the past two days, both with Asian leads, and seeing our representation in media was so so meaningful

I spent my entire childhood wondering if I'd ever get to watch a real Hollywood film with an Asian cast, set in the modern day. Yesterday I got my wish. Today I had the privilege of writing about it.https://t.co/2CetkXJE4S

GO SUPPORT CRAZY RICH ASIANS IN THEATRES!! You have no idea how much it means to me to see an entire cast, that looks like me, finally on the big screen in a major Hollywood movie for the first time – don’t let this be the last!