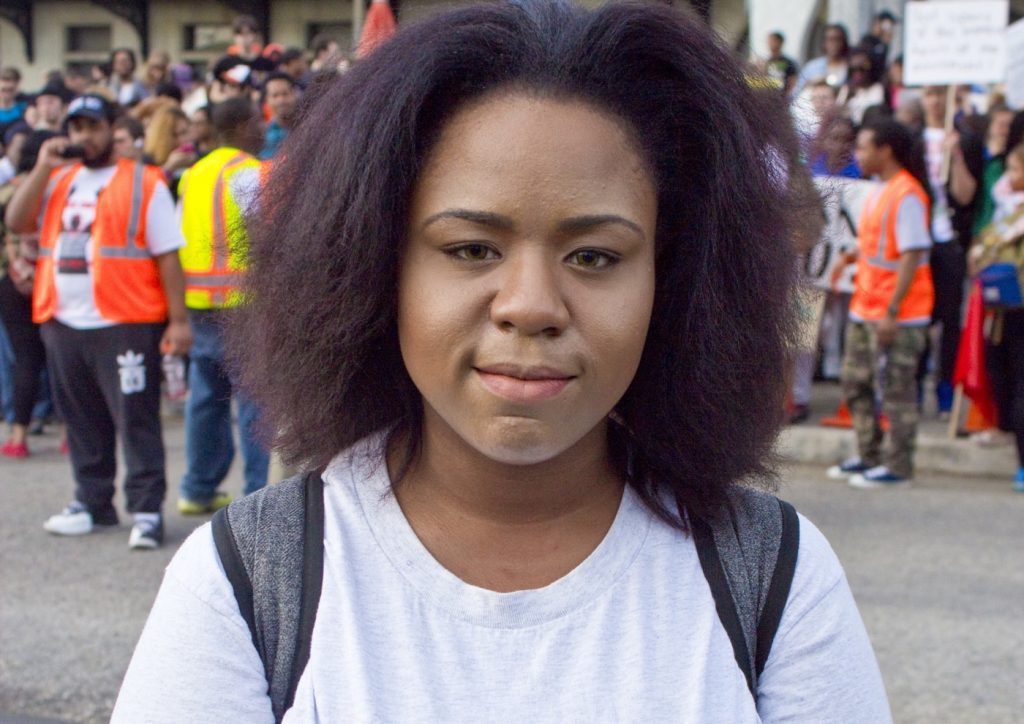 When Baltimore City State’s Attorney Marilyn Mosby charged six police officers involved in the death of Freddie Gray, she spoke directly to young people, saying she would seek justice on our behalf.

“This is a moment, this is your moment,” she said. “Let’s ensure that we have peaceful and productive rallies, develop structural and systemic changes for generations to come. You’re at the forefront of this cause, and as young people our time is now.”

All over the country, young people like me are having strong reactions to the youth movement in Baltimore. With each young man killed by police, my peers and I feel anger and frustration, but that’s not all.

“I got almost numb to the situation,” says 17-year-old Makayla Parker from Atlanta, Georgia. “It’s like, another one. Okay. Okay. I was like, this is an issue. But who’s listening to me? I’m helpless. I’m a teenager. What can I do about it?

A lot. In Baltimore, young people took to the streets, drawing widespread news coverage calling the protests riots. Nineteen-year-old Elizabeth Matute, who’s been watching from San Francisco, doesn’t support violence but says it gets to that point where violence ends up kicking in.”If you guys don’t hear us after so many times when we’re repeating ourselves, we’ll do more things for you to acknowledge us,” she said.

But for those things to add up to my generation’s civil rights movement, it’ll take more than acknowledgment from older generations, says 16-year-old youth pastor LeRee Simmons. He’s grown up his whole life in Baltimore.

“This is the time leaders need to stand up, take back their communities, and demonstrate to the young people that violence isn’t the answer,” he said.

He also wants his peers to know, the answer won’t come right away.

“Yes, you are mad. And yes, you want to make a difference,” he said, “but trying to overwater a plant will not make it grow any faster.”

LaCreshia Birts is 25 and part of the Black Youth Project 100 in Chicago. She says old tactics won’t necessarily work today. “They say ‘Just do a peaceful protest, it works it works, things are going to get better.’ But they haven’t.”

LaCreshia thinks part of the problem is, older people fear young people, instead of seeing us as leaders.

“One of the things Older people can do is simply listen to us, take it our way,” she said. “I don’t want it to take ten years to get real police accountability.”

Here’s the thing: When it comes to how we relate to the police, my peers and I are the ones with the most at stake. With Baltimore, at least the country is recognizing the scale of the problem. That’s a start, said 18-year-old Gilbert Young in Atlanta.

“I think when it comes to this situation, I’m not sure this is the moment, but it’s a moment,” he said. “Because we’re not solving the problem yet. In the future, maybe that moment may come, but this is one step down the trail.”