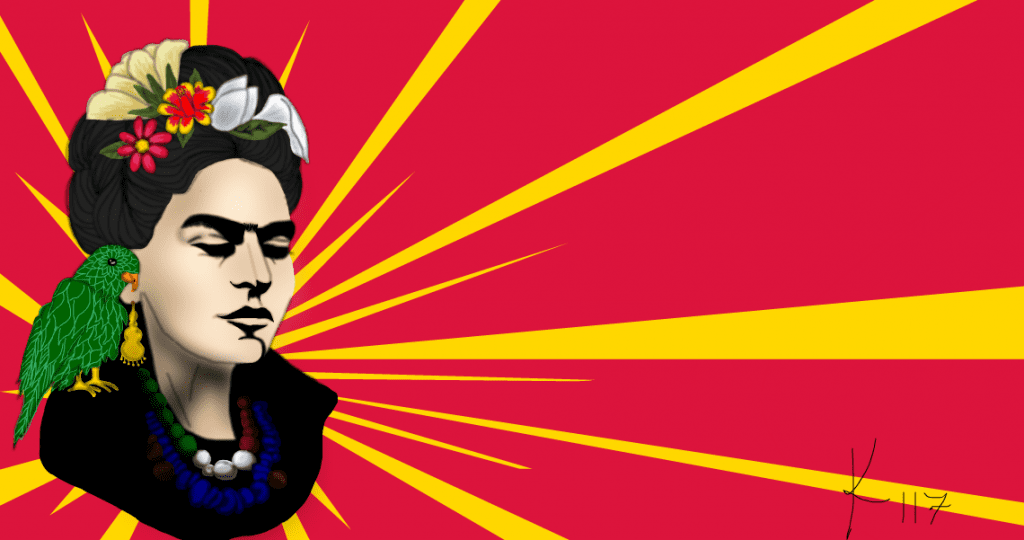 When you think of Cinco de Mayo, what comes to mind? Chances are, it’s not the Mexican Army’s victory over the French Empire at the 1862 Battle of Puebla.

Originally intended as an occasion for Mexican-Americans to celebrate their cultural heritage, the holiday has become, to many, an occasion for bars to hold tequila shot specials, frat dudes to break out the sombreros, and light-skinned Instagram models to post flower crown selfies.

The holiday feels especially confusing in a political climate when some of the people enjoying Mexican food, fashion, and music are calling for a border wall and ICE raids.

This conversation reminds us of when Youth Radio’s Isabella Ordaz noticed Forever 21 stores were stocking T-shirts with the image of a cultural icon — the artist Frida Kahlo. She got angry. And then she started talking to other teenagers about what it means when ethnic pride goes mainstream.

In June [2014], Forever 21 released a line of clothing dedicated to displaying images of Frida Kahlo. But they left out some of her identifying features. On many of the tops she was depicted clean shaven, in black and white, and never failing to adorn a cute flower crown.

Misi would be proud of the Frida Kahlo line at Forever 21 pic.twitter.com/WM2FiGq2kV

Why didn’t Forever 21 recognize Frida’s mustache, her brown skin, or her bad-ass image?

My anxiety over losing Kahlo led me to explore the dilemma at hand. Is it right for oppressive companies like Forever 21, infamous for using sweatshop labor, to profit off the image of an important role model to various groups of marginalized peoples?

I spoke with fellow [Youth Radio] newsroom interns, who were all 17, to see what they know about the rather obscure yet colorful figure.

Everyone pretty much recognized Kahlo’s image (“I didn’t know her name, but I remember seeing her picture in Spanish class,” my friend Eli Arberton said), but only a few were aware of her beliefs and values.

“She was a painter. My teacher was like, ‘Even though she was ugly, she painted herself,'” Arberton said.

For those who were familiar with Kahlo’s legacy, it was easy to see why she appeals to teens today.

“She was ahead of her time. … in terms of society’s pressure to have girls be perfect and conform,” Adriana Champagne said. “She painted herself as she was.”

“If people my age were to go out on a limb and research Frida Kahlo themselves, I think they would find a lot of things that would appeal to them,” said Desmond Meagley, who recognized Frida’s image. “But it’s not really cool to do that. It’s cool to buy clothes with Frida Kahlo on them.”

Still, “The causes that she’s trying to support, you’re not really supporting that by getting a T-shirt. It might be better if you do some of the things she was advocating, like show[ing] your flaws, just be[ing] yourself,” Eli said.

As we compared Kahlo’s identity to the commercialization of her image at Forever 21, we agreed that if you stand with Frida, it’s hypocritical to purchase a Frida-themed item from the store. As Adriana put it, “Frida Kahlo would not want her image being made by damn-near slavery.”

I spoke with Dr. Laura Perez, an associate professor for the UC Berkeley Department of ethnic studies, about the commercialization of Kahlo’s image. She agreed with our perspective. “We are in the state of California, which has this love-hate relationship with Mexican Americans, especially because we constantly have immigration,” she said.

“And so, I think that’s the part that that burns, te arde. You know, you have people who maybe think it’s cool to associate with somebody like Frida Kahlo because she’s famous, one way the other, by having a mug or a T-shirt or something. But then they’re also racist when they see working-class Latinos or Mexican Americans,” she said.

It makes you want to ask, she said, “Are you really cool with this, or is this just a moment in a flavor of the month that you’re going appropriate? Like, you like going to eat Mexican food, but you don’t mind being racist in your everyday life?”

Two Kahlo paintings that my family owns used to scare me as a child. Now they hang up in my room to serve as a reminder to express my creativity and to never shy away from voicing what I feel is right.

I feel protective of this intimate, culturally embedded relationship with Frida Kahlo, and I can’t help but predict that the people who don’t have this relationship with Kahlo will participate in this Frida trend for the sake of being quirky. As Perez said. It does burn, me arde, to see the appropriation.

If Frida Kahlo walked up in a Forever 21 and saw her face printed on a bunch of tees to be sold to white girls, she’d burn the place down

However, Dr. Perez was able to find optimism in the national circulation of Kahlo’s image on clothing.

“It’s marking a big change. If there’s, let’s say, a Euro American girl that grows up in a predominantly Euro American and possibly racist community, if you discover Kahlo and start wearing Kahlo — Kahlo with her unibrow and her mustache looks like me, looks like us, in the sense that she looks like what before was ‘too ethnic…'” Perez said.

“So if I see a girl, a white girl, wearing such a T-shirt, I feel like, cool, that girl is not identifying with a racist politics… I guess I feel that it represents this transformation in culture. Which doesn’t mean that I wouldn’t demand accountability. I would also hope that such a person would be able to stand up against racism, against racist jokes, and eventually learn enough about her to kind of question the politics of Forever 21.”

According to Perez, as Forever 21 profits off of Kahlo’s image, an ironic outcome is inevitable. Although it may not be in their agenda to promote an influential woman of color, that is what they might be doing. Circulating the shirt can inspire some consumers to learn more about Kahlo, and they may end up in the same critical position that I’m in.

I have trouble giving Forever 21 or the consumers of this product the benefit of the doubt. But I’d like to be optimistic.