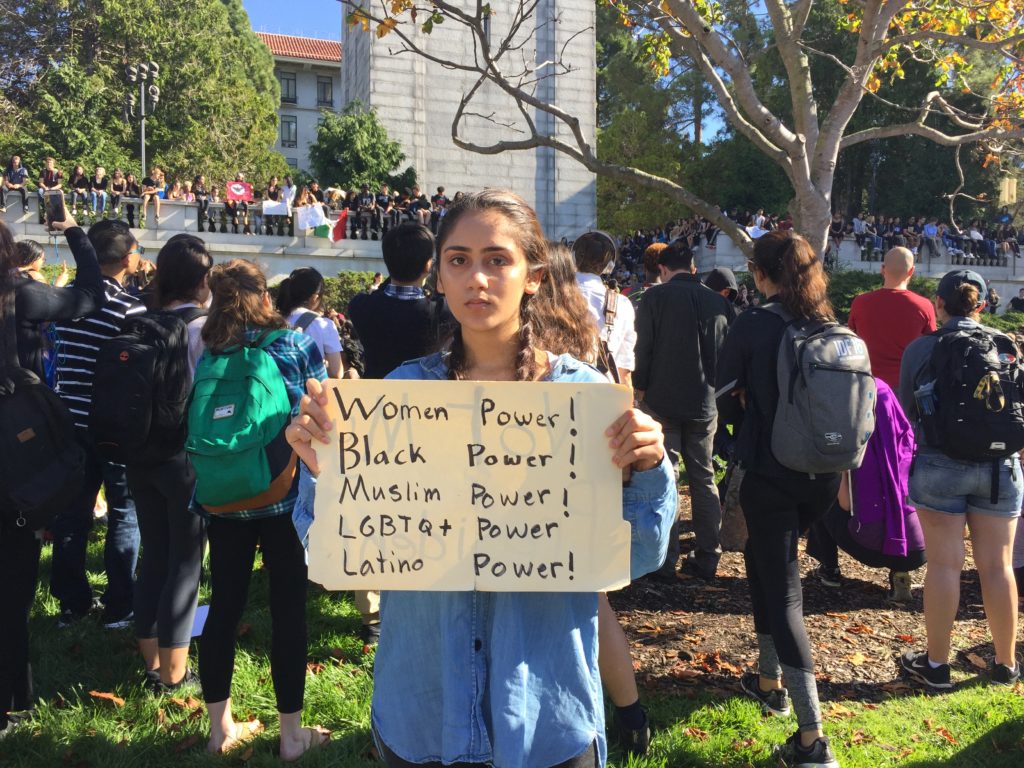 On November 9, 2016, students from several Bay Area schools, including Berkeley High in Berkeley, California, staged walk outs in protest of the election of Donald Trump. Youth Radio’s Natalie Bettendorf asked students at the Berkeley High protest to share their feelings.

“I was definitely very scared and angry and upset. I was filled with hatred, honestly, at first. But now being here, I think that it’s nice for all of us to address this as a community and all come together because we’re the next generation and we’re going to be the ones to make change. And now I feel a lot more hope now that we can really make a difference.– Ariana Melton, 16 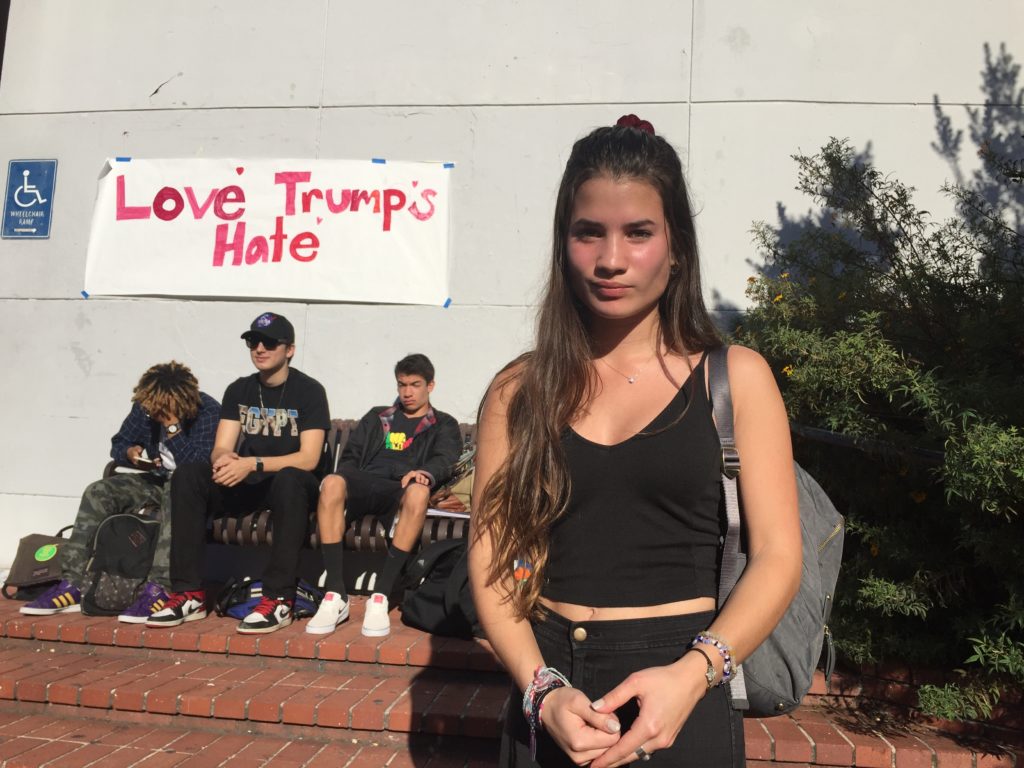 Camila Rice-Aguilar, 17, stands in front of a “Love Trumps Hate” sign at Berkeley High. On November 9, 2016, students from Berkeley High in Berkeley, California, marched to UC Berkeley’s Sproul Plaza in protest to the election of Donald Trump.

“I think it’s important to remember together, everything is stronger. And right now in a time when there are a lot of people who are afraid, who are frustrated, and confused and angry and are really looking to change and make a difference, it’s important to remind everyone that we can, and… we need to stand together and tackle this head on. This is not new. Our parents grew up under Nixon, they grew up under Reagan. They grew up protesting in the streets, in Berkeley, the freedom of speech movement. I think it’s just time to carry on the torch.” – Camila Rice-Aguilar, 17 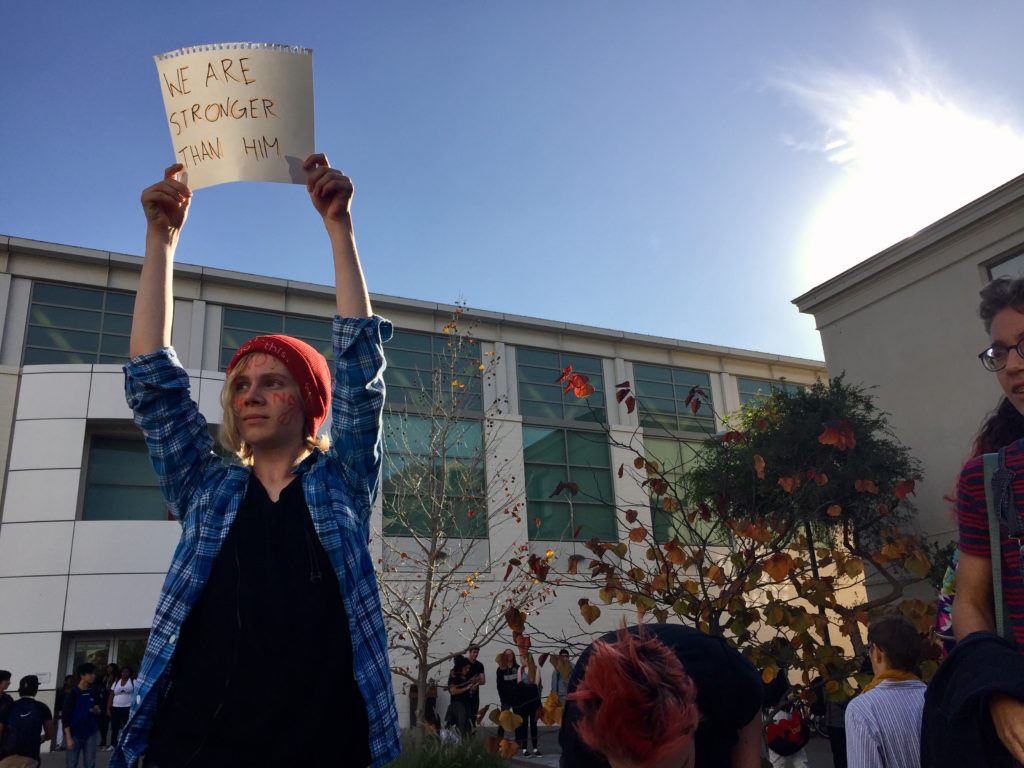 Jax Lynt, 16, holds a sign overhead at a protest at Berkeley High as helicopters circle overhead in Berkeley, California. Students marched to UC Berkeley’s Sproul Plaza in reaction to Donald Trump’s election to the U.S. Presidency. 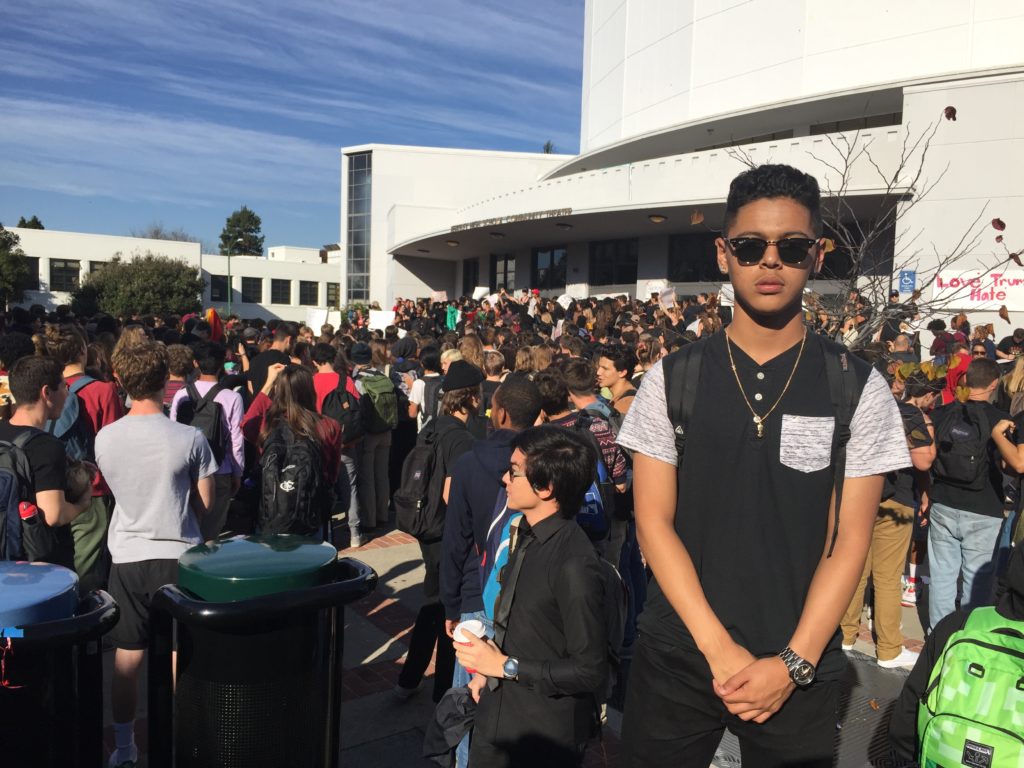 Angelo Paraiso-Arroyo, 17, stands among his peers at a protest at Berkeley High. On November 9, 2016, students from Berkeley High in Berkeley, California, marched to UC Berkeley’s Sproul Plaza to protest the election of Donald Trump.

“Right now it’s hard because we have a man who hates the color of my skin. He’s hating my family and he doesn’t even know my name. I know his name…  I’ve seen 18 year olds do bigger things than I’m doing now. Actually doing something about it, that’s my goal right now.” – Angelo Paraiso-Arroyo, 17 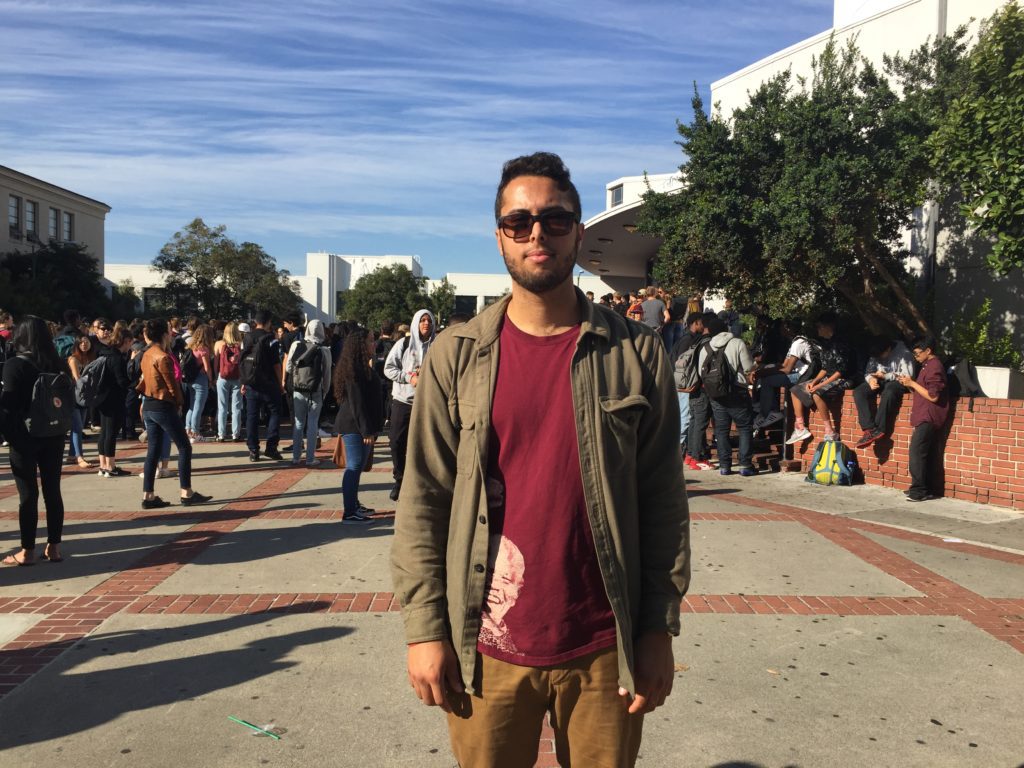 “Young people made it clear last night that we don’t want Donald Trump. And yet he was elected. He’s not a President for young people… One thing I’m advocating for is joining an organization that’s bigger than yourself, coming together, squashing any small beef you have, to know that there are bigger powers out there… we need to get together, spread love, join an organization, and be a part of the change we want to see. Seeing this rally right now, people are fired up about it.” – Spencer Pritchard, 23