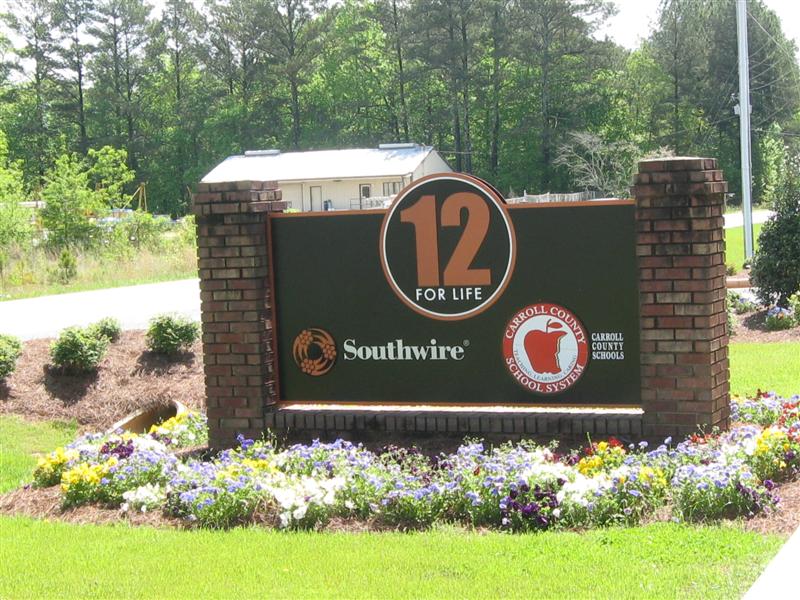 Sign outside 12 For Life factory in Carrollton, Georgia, where teens in danger of dropping out of high school are employed making copper wire for stores across the country. Photo: Joe Hirsch/Youth Radio

It’s tough to be a teen in the job market. From figuring out the balance between school, work, and family to trying out professional etiquette for the first time, Youth Radio explored how young people get the skills they need to hold onto the jobs they want. Check out some highlights below.

Young, With A Juvenile Record, And Looking For Work, By Ashley Williams
Andrew is filling out a job application for a Jamba Juice in Oakland, Calif. He’s making his way through the basics, filling out his name and contact information. However, question five poses a challenge. It’s a yes or no checkbox which reads, “Have you ever been convicted of a crime?”
Work-Life-School Balance Is A High Wire Act For Low-Income Youth, By Joshua Clayton
Families with lots of cash have safety nets. Nursing homes when elderly relatives get sick. Daycare for young children. But for working class families, young people are often the default safety net.
For Teens, Soft Skills Are Hard Skills, By Ashley Williams
Three years ago, when Christian Hernandez was 16 years old, he recorded a joke voicemail greeting. It’s meant to trick the caller into thinking it’s Hernandez on the phone. Now, at 19, Hernandez is looking for a job, and the greeting which started off as a joke for friends is now a liability.
How A Teen Factory In Georgia Turns Out High School Grads, By Barbara Dougherty
An electric wire factory in western Georgia is staffed almost entirely by teenagers. They are there because of a partnership between a local company, Southwire, and the Carroll County school system. They teamed up six years ago to try to reduce the high school dropout rate.
Life Lessons From Laundry, By Kendrick Calkins
Teenagers are three times more likely to be unemployed in this country than adults. In Castro Valley, California there aren’t that many newspaper routes or lawns to mow.  But Kendrick Calkins was able to land a gig close to home, fixing washers and dryers with his Grandpa.
Live Chat: Connecting Youth To Job Pathways, By Lauren Benichou
More than 200 young people from all over the country converged online to talk about youth access to jobs, or the lack thereof.
Jobstacles: How I Became A Plumber, By Jenny Bolario

What’s the path to that dream job? How does one job lead to another? Sal Algaba is a plumber, but he didn’t always know that was what he wanted to do. In fact, it took Algaba years before he found his way into the trade.