There has been an increase in the visibility of black women who are traveling abroad. Sometimes they travel with agencies that are specifically created for groups of black women, with friends or even going on solo trips.  With hashtags on Instagram like #weouthere and #blackgirlstraveltoo, there is increasing photo evidence of black women living their best life and slaying the melanin game all over the world.

Youth Radio’s LaToya Tooles has never left the country, but she phoned a friend who’s been lots of places outside of the U.S., to get her perspective on traveling while black. Jennifer Mahan, 24, has traveled to Canada, Costa Rica, Europe and North Africa.

LaToya Tooles –  I’m curious, why do you think black women might be increasing their travel abroad?

Jennifer Mahan–  As a black woman, no one really asked me, do you want to go somewhere? Do you want to travel some more? White college students, after they graduate, are going and finding themselves in Europe or Southeast Asia or what have you. But it’s not really a thing yet for black people. But the black women I know, we tend to be a pretty adventurous sort. Whether or not society acknowledges that. If posed with a question like “Hey, do you want to travel to Indonesia or Nigeria?” We will probably say yes. It’s really just having the opportunity to travel rather the want to travel that’s growing.

LaToya –  How did you first get into traveling?

Jennifer –  My family really hasn’t traveled much. Both my mom and my grandparents haven’t traveled outside of the country. So it’s something that my friends in school would do. I would see that they’re traveling and their families take trips to Europe and I was like, “oh my family doesn’t always do that.”

[My travel] mostly came as a result of academic or educationally enriching programs that I found. Other people seemed to not be afraid of traveling so I kind of took on that same faux-confidence of like, “Oh yeah, sure, I could do that,” and it became this fake-it-till-you-make-it deal. 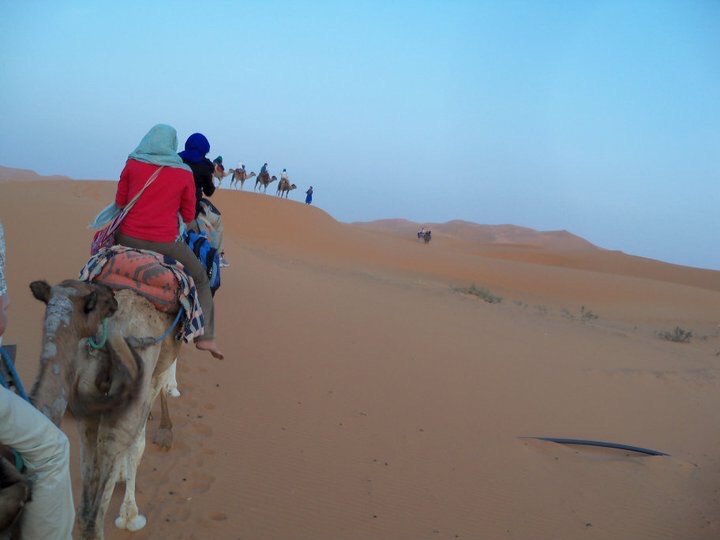 LaToya –  Do you think that traveling while black changes the experience?

Jennifer –  I think being a Black woman in America forces you to be a bit bolder and more confident in who you are. And that’s a great trait to have when you go into a country that you aren’t familiar with or are meeting new people. [There are times when people are] outwardly, unabashedly trying to guess my ethnicity. And they…list like ridiculous options of what they think I am. But being the only black woman on a lot of trips, it’s hard for me to extrapolate my experience to see if it is common of all black females or this is just a weird experience.

LaToya –  It seems like you’re beholden to whatever weirdly incomplete picture of black femaleness that a person has.

Jennifer –  Exactly. Yes. When I was traveling in Morocco, one time there was another black student I was traveling with. This was right after Obama was elected re-elected the president. So they called us “brother and sister Obama,” you know, and that’s how they saw blackness in America. That’s a pretty positive view of what blackness in America is but it is a very hyper contextualized image of what people think you are.

LaToya –  I mean, if you want to call me “Sister Obama” I’m not going to complain.

Jennifer –  Yes. I will gladly take that label. 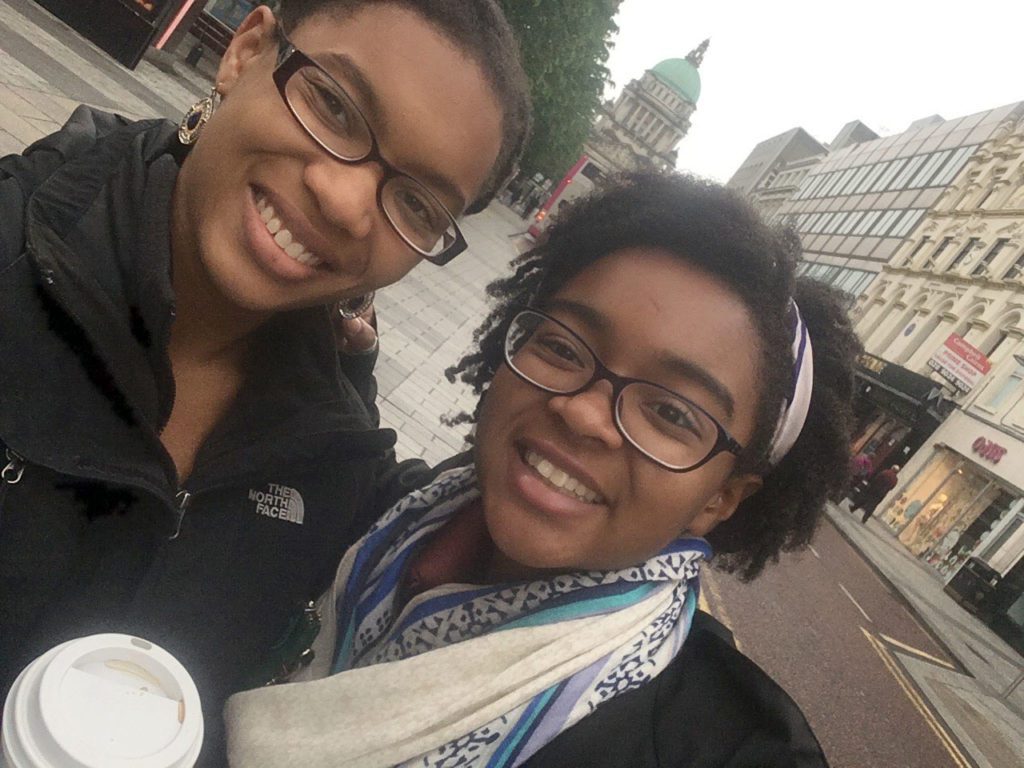 LaToya –  So what are some things where you’re like, “I wonder if other black women experience this?”

Jennifer –  When it comes to any sort of personal hair or skin care, you have to prepare well in advance. You have to know what are you going to do with your hair before you get to another country because unless you know of a specific person, chances are people don’t know how to interact with you and your hair.

LaToya –  What tips do you have for people or black women traveling for the first time? What do they have to know?

Jennifer –  You have to deal with questions and stereotypes that at first you want to meet with hostility just because in America usually people ask certain questions from a negative standpoint. But having an open mind and a patient standpoint traveling abroad can really allow you, especially as a black woman, to meet more people and explore and just understand other people in a way that sometimes is limited just by historical precedent and historical stereotypes in America. You might be asked “Oh can I touch your hair?” or other questions that might make you want to cringe. But if you don’t cringe and are patient for a little bit more, it can be really eye-opening and really interesting and adventurous and fun when traveling abroad.

LaToya –  I mean I’ve never been, so I’ll take your word for it. I feel like if I were to travel abroad as a woman then I would have so much pride in the fact that I’m a black woman that’s traveling.

Jennifer –  Exactly! It’s rare! I want it to not be rare but it still is. When you say “I’m a black woman from America, “ chances are that wherever you are traveling people have not met someone like you before. 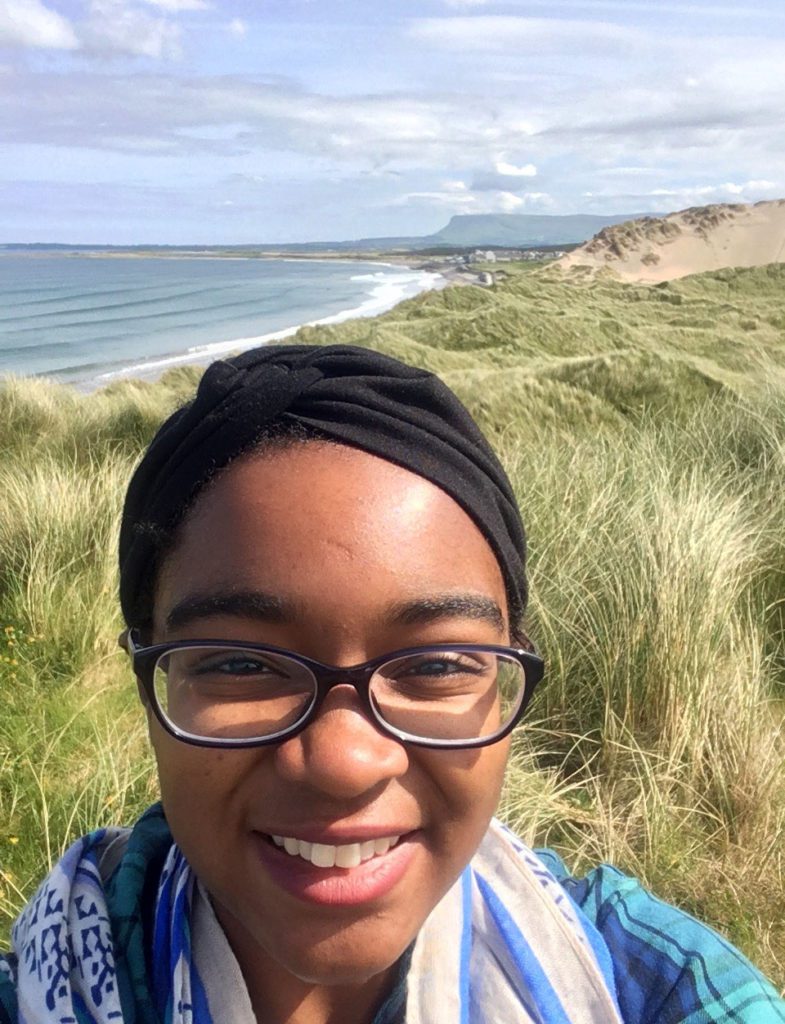 LaToya –  Tell me what’s next for you on the travel itinerary.

Jennifer –  So speaking of blacks traveling, my sister and I are actually going to South Africa with a travel agency called Travel Noire.  I’ve heard great things about it but I don’t know how it’s going to be. I’m kinda nervous. South Africa is a very interesting and a very tense place. And I’m excited just to meet people and to just understand the location and the people and the culture and the history a bit more just by being there. And that is happening in September.

Jennifer –  Keep in mind, no one ever tells you that after they travel they’re probably eating ramen for the next few months. So remember that travel isn’t [always] glorious.

No one ever talks about it, but there are some days abroad where you really don’t like it. You want to be near your friends back home, who are familiar and speak a similar language to you and have a similar accent to you. But taking that leap and going to where you don’t know anyone and you constantly have to be meeting new people and trying to do things is uncomfortable and it can be exhausting but it is worth it.

And whether or not you can do the beautiful Instagram version of it and go to beautiful places and try beautiful foods or you have to take a dingy bus and try the cheapest foods, whatever you need to do to get there it’s definitely worth getting there.