The tense relationship between young people of color and police is not new. It’s easy to point to the shooting of Michael Brown as one big example. But this summer alone, there were so many others. Teens at Youth Radio have been recounting their experience with police shootings, racial profiling, and harassment for years.

In a commentary on NPR, Youth Radio’s Anyi Howell told listeners he has fit the description of a suspect since he was 10. He argued “every black man in America, at some point, will be racially profiled or harassed by the police. It’s a part of the DNA of our experience in the United States.” In the piece, Howell spelled out what that means for young men like him:

“The situation is so bad, I know brothers who are putting magnets and stickers on their cars that read, ‘Support Our Troops’, because they think displays of patriotism will stop them from getting profiled. That strategy would only work if you could slap a Caucasian bumper sticker on your black self. But please believe when I got my new car, I went to the auto parts store and bought a case of oil, transmission fluid, and a couple of American flags. You know, just to keep my car running. When you go from being a black boy to a black man, you start to understand police will use deadly force on you. I could sneeze and get shot to death. The next time police harassment happens to me, I’m demanding a certificate of release. It’s a document saying a person was detained but not arrested, and then let go. Almost like a receipt for racial profiling, more than just another story to add to my experiences with out-of-pocket police.”

Fast forward about two and a half years and Oscar Grant, an unarmed young black man is shot and killed by a Bay Area Rapid Transit (BART) police officer. A lot of young people protested in the streets in the aftermath. Youth Radio’s Leon Sykes explained why in an essay on NPR.

Being a black man who’s lived my whole life in the town, I see the violence as the boiling point of our frustration with police abuse of power. This is 2009, you know, the year of change? But we’re still facing problems like police brutality, the same problems my mother and father faced more than 40 years ago. The difference now is Oaklanders are enraged by a crime that can’t be covered up. Oscar Grant’s killing was recorded with bystanders’ cell phones. Anyone with the Internet connection can witness the whole scene. You hear the crowd yelling at the officers just before Grant is shot in the back, pointblank. With the BART police officers still on the streets, I’m feeling like I’m watching one of these cliche gangster movies, where the bad guy is so powerful, no one wants to touch him. I know if I shot someone in front of a crowd, or even pulled out a gun, for that matter, there’d be no walking away. That’s why those kids rocked police cars and broke windows.

So what about the police point of view? Sometimes they actually hear the anger and come to the table. Youth Radio’s Joshua Clayton presented this critique of police to KCBS listeners in 2013: “Police treat my neighborhood in West Oakland like they’re on a playground, toying with young men like kids…I never really liked the police. I felt like they were against young people and that they abused their power.” Then, he got this response on Twitter from Richmond Chief of Police Chris Magnus:

@youthradio Shared this perspective w/all my officers at Richmond PD and encouraged discussion about how to bridge gap btwn youth & police. — Chris Magnus (@RPDChiefMagnus) August 14, 2013

Following that exchange, Clayton and Chief Magnus sat face to face. The conversation touched on reasons for tension between youth and police and ways to handle certain situations. A highlight was when Clayton asked how youth are supposed to react when police approach them. The Chief responded “You don’t have to be fake or phony or act like you like it…,but I think things like helping diffuse some of the tension of the officer not knowing what you’re doing, or what you’re about, could be accomplished by *talking* to the officer as opposed to turning away, or taking off. Which some people do. Some people run. Even when there’s no reason to run.”

After that interview with Chief Magnus, Youth Radio’s Darelle Brown got the chance to talk to another police official, Oakland’s newest assistant chief of police, Paul Figueroa. In his new role, Figueroa admitted there’s a tough relationship between police and young people, but part of his job is to fix that. One approach is through a program called Ceasefire, which Figueroa described as “a partnership strategy where we directly engage with individuals in Oakland, who are most likely to be involved in violence.”

Figueroa told Brown he was spending time building alliances with young people — identifying and supporting young people who are at risk of engaging in, or becoming victims of gun violence. That conversation was four months before Michael Brown was shot and killed in Ferguson, Mo. and the whole country started talking about the broken relationship between young men of color and police. Again. 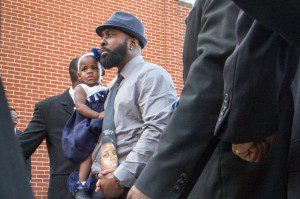 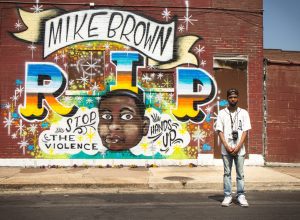 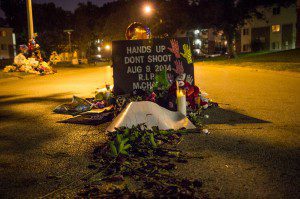 Youth Radio’s Myles Bess spent time in Ferguson, Mo. and noted in the San Francisco Chronicle young men there — and across the country — were expressing anger not just about Michael Brown’s death, but “all of the lives lost before his to police shootings. Where that fury will lead is the story yet to be told.”