Nijzel Dotson’s final year of college is filled with uncertainty. The Sacramento State University student finds distance learning challenging and doesn’t know how his job at the school newspaper will continue remotely. He planned to live on campus for this fall, but California State University’s decision to move to virtual learning means he’s desperately searching for housing.

Dotson has spent the last few months bouncing between the houses of friends and family since the campus shut down in March to curtail the spread of COVID-19. Securing an apartment isn’t an easy alternative. From the mounting costs of the security deposit to setting up utilities, it seemed unreachable for Dotson. He hoped to get assistance from the Sacramento Housing Authority, but the pandemic slowed the process.

“I deserve to be able to take my education into my own hands. Part of that is having financial stability, housing, access to resources and technology.”

Dotson, 19, isn’t alone. Across the U.S., college students are racing to resolve housing plans for a fall semester heavily impacted by COVID-19. Many colleges are significantly reducing on-campus housing to limit the spread of the pandemic, but students who lost their reserved rooms say that schools can do a lot more to help.

“I have my computer, a bag of clothes and a few essentials, and everything else that belongs to me has been in storage for a month,” Dotson said. “That’s no way to live.”

If the spring semester continues virtually, Dotson is considering taking a break from school. Online classes aren’t necessarily worth the cost, he said, and the limited access to peers and professors means that one of the most vital parts of education is closed off to him.

“We’ll see how it plays out this fall, and that’ll play into my decision, but I kinda had a hard time this past semester when we transitioned to online,” he said.

College students across the country are bearing the brunt of the coronavirus pandemic. According to a new report from The Hope Center for College, 41% of college students at four-year institutions said they experienced housing insecurity during the COVID-19 shutdown. And almost 15% were homeless. The report surveyed 38,602 students in 26 states, including two- and four-year universities.

While some are experiencing housing and food insecurity, others are nervous about another semester of online classes, which they say isn’t as fulfilling and worthwhile as in-person instruction.

According to the Chronicle of Higher Education, which maintains a list of  U.S. colleges’ fall plans, more than half are planning to go entirely in-person, while another 32% are implementing hybrid instruction.

Eric Moran, a rising junior at Loyola University in Chicago, has spent the last few months trying to figure out how to proceed with housing and classes for the fall semester. In May, he found out that his reserved housing for the fall was canceled as the university initially planned to convert all dorm rooms to single-occupancy to limit the risk of contagion.

After weeks of uncertainty, Moran decided to stay home in Maryland, after Loyola announced they are moving the majority of classes online.

While staying home is the simplest and cheapest option, Moran said it’s also the least appealing. He says he loves his family, but it’s hard to focus in remote classes.

“You don’t realize how important face-to-face interaction is, even just for going to a professor’s office hours,” Moran said.

Rhonda V. Sharpe, president and founder of the Women’s Institute for Science, Equity and Race, said universities are responsible for working with their communities to find housing options for students. While adding more people into those communities isn’t ideal, considering the spread of the coronavirus, she argues that colleges must step in to form a formalized off-campus housing network that would allow students to continue paying their school for housing while the school would pay individual landlords or management companies.

This setup would be ideal for students like Dotson and would allow universities to sign rental agreements, which would remove hurdles associated with required income or security deposits that often prevent students from getting apartments, Sharpe said.

“Universities are to be applauded for moving students off-campus so they can social distance,” she said. “What really is going to determine whether or not this is going to be a win-win is what those months look like.”

Affordability across the board is another issue, Sharpe said. In cities where rent is exceptionally high, students — especially historically disadvantaged ones — have difficulty making security deposits and down-payments, and will typically require a cosigner to qualify. That role should be taken on by universities, she added.

According to Rentcafe, the average cost of a two-bedroom apartment in Sacramento is $1,438 per month, while the average in Chicago is $1,943. In Washington, D.C., it’s $2,234, but in Manhattan, it’s nearly twice that.

Dotson said that, more than anything else, he and other students from underrepresented and marginalized backgrounds need to be recognized and heard. The struggles that many students experience are intensified when you don’t have a safety net.

“If you’re part of a marginalized group or underrepresented community, you feel that the victory is just getting into school or getting to the point where you can get an apartment,” Dotson said. Without any financial cushion, even small disruptions can destroy entire plans. “That’s hard for a young person to just get thrown into the fire like that, with no one to look to.” 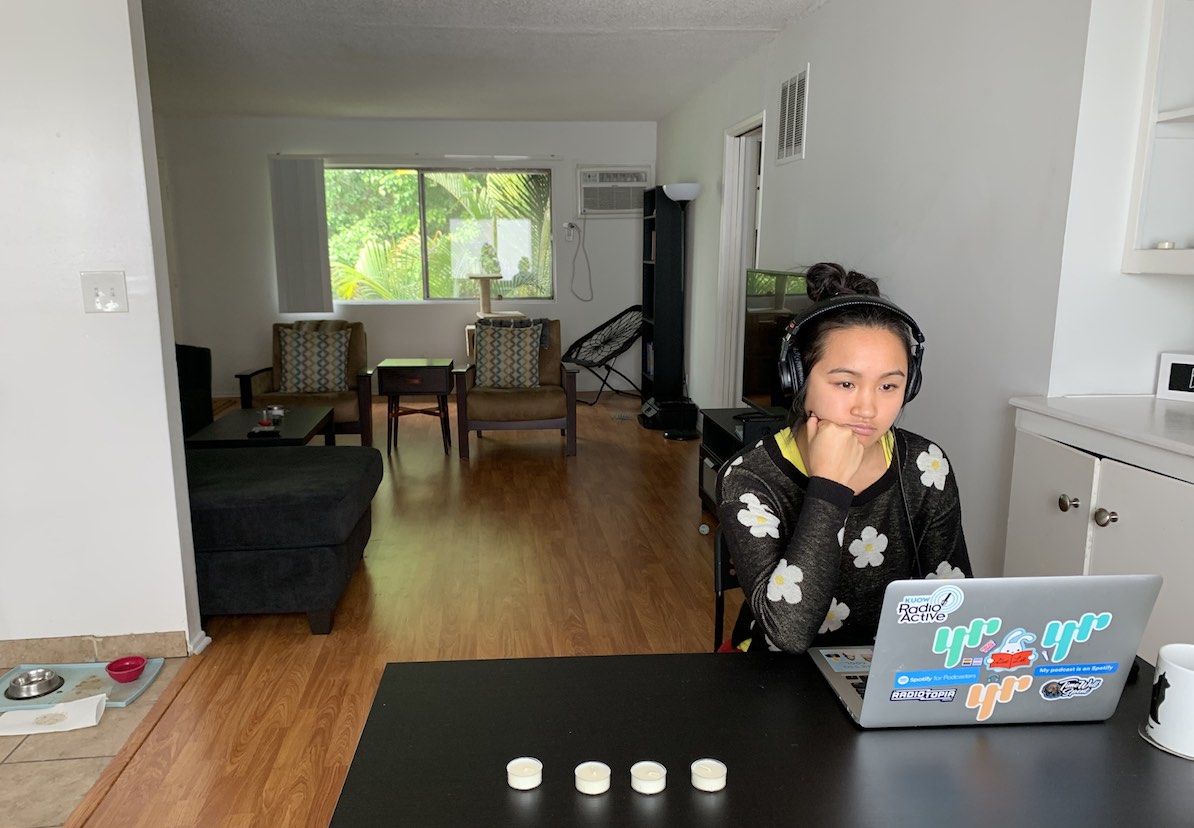