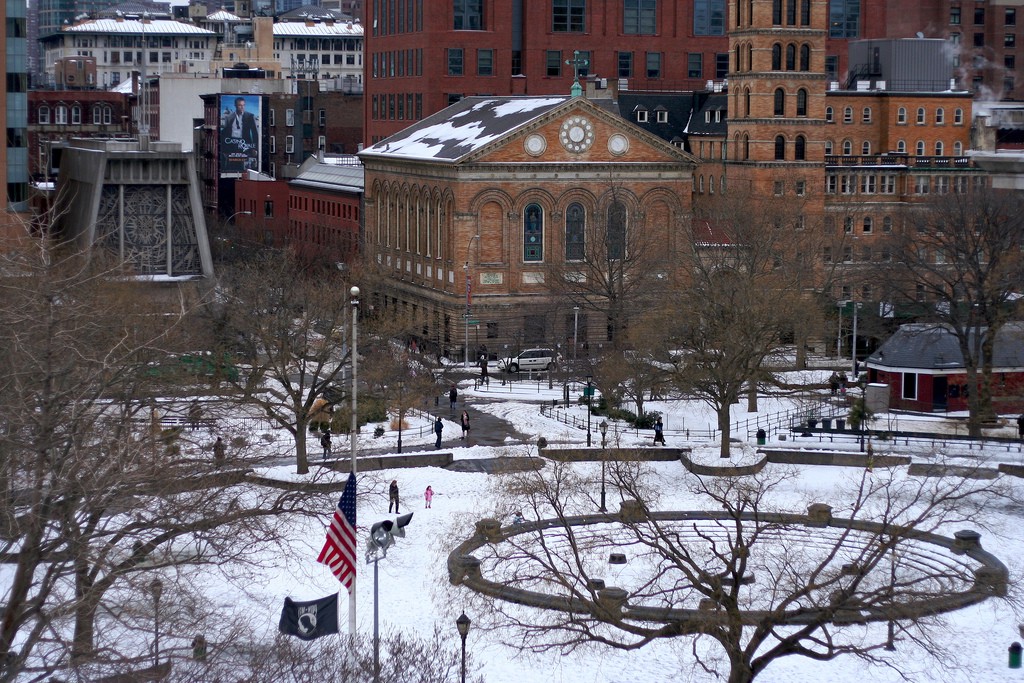 In the wake of protests at college campuses across the country demanding changes to the ways that schools approach racial diversity, we asked Youth Radio’s alumni network — and their friends — to share their own stories about campus life. What we got back were perspectives that put the campus movements into context.

Here are four of those responses.

Bianca Brooks, 19
Columbia University in the City of New York
Class of 2018

It’s nice to see students start taking accountability for the place they hold within higher education. Too often students leave the injustice or hardship of their adolescence and enter college with a mindset that they are done with those issues. It’s our responsibility to own these fights as our fights, as our duty. Some of the most important civil rights movements gained their momentum or began on college campuses — Anti-Draft Vietnam, Anti-Apartheid, Black Power, the Chicano movement — -to name just a few.

There’s so much racial injustice going on at any given time it’s hard to discern specific moments. Latino cafe workers are not allowed to speak Spanish around students. A professor gave an anecdote about his childhood and used the word “nigger” at least three times to describe himself (he’s Southeast Asian). I was told I was “extremely well spoken” by an architecture professor of mine. During my freshman year, white women would continuously come up to me and touch my hair without my permission. In a class play, a drama professor assigned two white girls to play Latinas and told them to not be afraid to “act like stereotypes” or “explore Uptown.” I am constantly reminded of the myth that is affirmative action, and because of my class status and significant financial aid, [I am] always made to feel as if I should be extra extra grateful for my place among such “scholars.” These are commonly shared experiences between myself and other students, in which we are constantly made to question our place at Columbia, and academia more generally.

The thing about racial injustice on campuses is that it’s usually hard to see and easier just to ignore. It’s systemic, it’s deep and hidden. Which is why what happened in Missouri with swastikas, death threats, use of the word “nigger”, and other blatant displays of cultural and racial intolerance is so rattling. Conversation on my campus exploded this [past] week and I think the uptick in conversation is great. What I find to be even more inspiring was how Mizzou organized and mobilized their football team to get results. However, I find the string of resignations to be a touch disappointing because forcing a president to resign neither addresses nor fixes the greater issues plaguing an institution. If anything, university presidents are becoming scapegoats which I don’t think will be helpful for long term change. This week has been an impressive show of young force but there is more long term work to be done.

I haven’t experienced racism but I have experienced racial discomfort. Walking into a room and being the only person of color happens on a much more regular basis at Harvard than at home in the Bay. It’s friggin’ weird.

It’s weird to be the only person of color in the room because you are recognizably different. You become the other. Maybe it’s just in my head, but all of a sudden my guard is up and I feel like there is something to prove. It’s not that I feel that I have to prove that black people are smart, it’s deeper than that. I feel like I have to prove that I’m no different than they are socially or intellectually. It forces me to code-switch and assimilate, which in turn makes me feel less authentic. And those feelings are partially on me, but it’s an internalization of power structures that are already in place. Basically, since coming to Harvard, I have felt like I have to be more “white”.

The racial issues at Mizzou flashed into the media spotlight almost instantly. Unbeknownst to most, the issues had been going on for a while. I have never personally felt discriminated or disrespected on campus for being a black woman, as I have found that everyone has been extremely welcoming and friendly. But I do know that there is a small group of individuals whose ignorant, rude and derogatory actions have sparked this lively movement on my campus. I am proud to see my fellow Tigers standing up for their rights in a very peaceful and non-violent manner. That isn’t something so common in our society. It’s good to see my generation being actively involved and engaged in making our university a stronger community. Now that Tim Wolfe, President of the University of Missouri system , [has] resigned I hope that the administration, faculty and students of all walks of life can find the right way to make everyone feel as welcomed and loved.

I grew up in a very liberal-minded community, so I’ve always understood the concept of racial inequality. However I feel only in the past year of my life have I begun to talk and form an opinion about it.

I have found a very diverse group of friends at NYU and I’ve started to notice the way I’m treated differently than they are. I’ve seen expressions of fear and discomfort from people on the street and in the subway when I’m with them.

I notice that racial inequality is evidently still present (even in an open-minded place like New York City) when I’m walking around with my boyfriend, who just happens to be black.

Every experience I’ve had with glares, confused looks and even people who go so far as to ask me what I’m doing with him have occurred outside of school and came from people of an older generation.

New York University is, in my opinion, exceptionally diverse and I don’t think school officials perpetuate any racial inequality. But am I only saying that because I’m white and have never experienced racism? I don’t think I’ll ever really know.