This story originally aired on NPR’s All Things Considered. 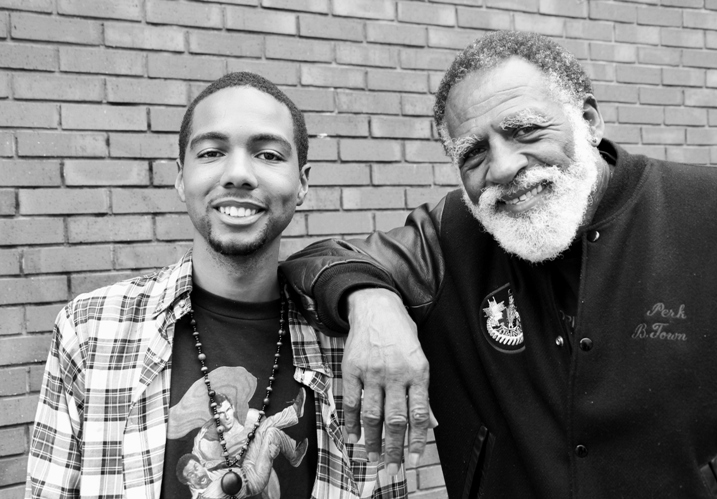 I don’t know how I should feel about the George Zimmerman verdict. I was the same age as Trayvon Martin when he was killed. It was the first shooting case that got national attention where I felt connected — like I could relate. When I first heard the story, it seemed clear: Trayvon Martin was young and he was murdered. I thought it would be an open and shut case. As time progressed, it changed. The more information came out, the more complicated the case became. And then the verdict was announced. I wasn’t surprised. But I was emotionless. Should I be angry? Should I be sad? I felt like goop. No shape. No structure.

I decided to go to Arnold Perkins, someone with deep roots in Oakland and the civil rights movement who is a mentor to black youth like me, hoping he could help me understand my feelings. He’s a former member of the Student Nonviolent Coordinating Committee. He was also head of the Alameda County Public Health department.

I turned to Perkins because I honestly felt lost.

“Part of the lostness (is my generation.) So what has happened is that…I knew the way and walked away and left you. Or I’m lost and you followed me,” Perkins told me. “We act as if…the situation our young people are in is of their making. It’s of the making of our generation. I came through the civil rights movement. We thought we were free through integration and then we set out to ‘get mines.’ I got mine and left you behind. And that’s what we’re suffering from now. We walked away from your generation.”

I see another side to that. I wonder if it’s not just that the older generation walked away, it’s that the younger generation — my generation — didn’t step up to replace those civil rights leaders in the community.

So when something big happens, we don’t know how to respond.

I was 14 when 22-year-old Oscar Grant was shot and killed on a subway platform in Oakland.

In a lot of ways, the full significance went over my head. Now, I really get it in light of Trayvon Martin’s death. This kind of thing happens to people like me daily. My family has been telling me this since childhood, but now it has greater meaning.

I grew up in a neighborhood where on my block it was fine, but a few blocks over, it was more transitional.

As a fourth grader, every time I went outside — whether I was going to school or hanging out with friends — my Granny and my Mom would always tell me to be careful, and to look out for myself. As I entered middle school, their directions got more specific; “Myles make sure when you walk home you change your route, you never know who’s watching.” Up until that point, I thought they were just being overprotective, but now as an 18 year old I realize they weren’t worried so much about me. They were concerned about those around me and how they would perceive me. As a young black man, I’ll always have this cloud following me evoking fear, hate, and sometimes empathy. At 71 years old, Arnold Perkins is still living with that cloud. And it angers him.

It’s the harsh reality. And the court system — even after we’re gone — won’t often look out for us. I asked 26 year old Pendarvis Harshaw: Why?

“Great question. Why? The potential that brews in you as an 18-year-old understanding this, and having the energy to do something, but not having the actual vision or direction to do so. There’s the potential for mass creation or destruction,” said Harshaw.

That’s why what’s next is really important. I don’t want to shrug my shoulders and say ‘what can you do’? At any other time, there were obvious leaders, and obvious movements I could have gone to for answers. As I get older, I realize that stories like Trayvon Martin’s were always close to home, I just had to grow up to understand how they relate to me.

My Grannie’s warnings have a deeper meaning now. They weren’t just about rules — like looking both ways before I cross the street or not talking to strangers. She was telling me…I’m a target