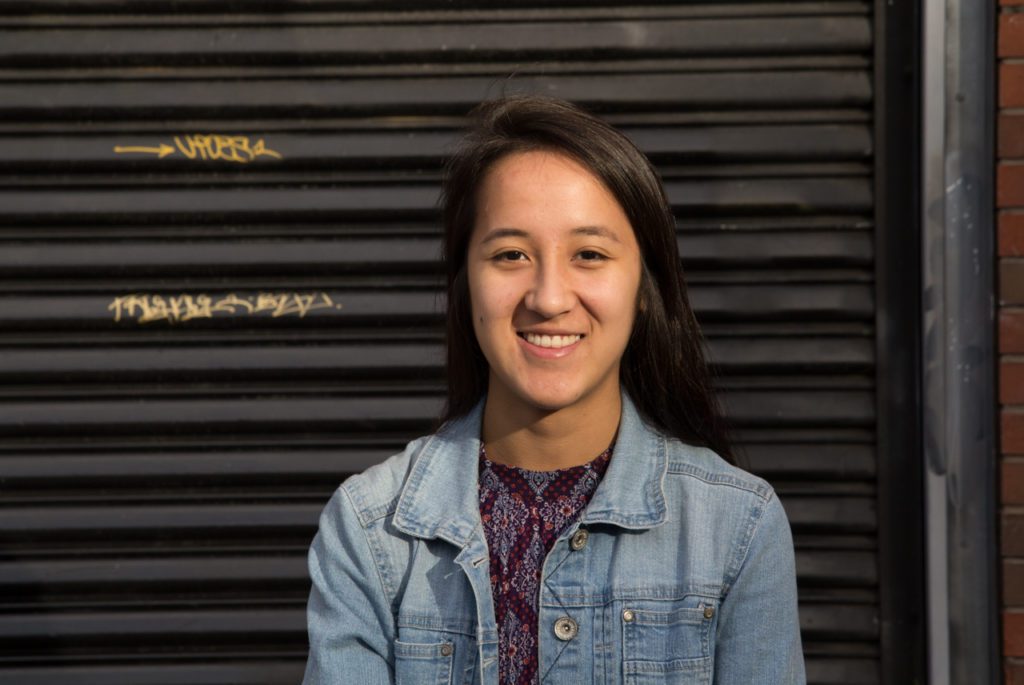 My mom is Chinese, with black hair and tan skin. My dad is white, with light eyes and skin the color of office paper. I, on the other hand, am an awkward midway point: dark skin, but not super dark; black hair, but not super black.

It used to be that I never thought about my mixed-race. But as I’ve gotten older, and now that I attend a predominantly white suburban school, race is constantly on my mind.

Recently, my classmates and I participated in a survey calculating our privilege, as a part of a diversity awareness workshop.

One question asked whether bandaids match my skin color. Are band aids supposed to, I wondered?

Another question asked whether I can surround myself with people of my same race whenever I choose. I looked around my English class and saw blond hair and pale skin.

At the end of the quiz, my white classmates had racked up scores suggesting they have three times as much privilege as I do. Now, I no longer think of myself as Sierra. I’m brown Sierra.

I went to my dad in hopes that he could set things back the way they were, back to when I didn’t have to think about this.

I asked him whether people would make assumptions about me based on my skin color. His furrowed brow confirmed it…probably.

I asked whether boys wouldn’t find me pretty because I was dark, and his eyes filled with tears. He told me good dad things. That I’m beautiful and smart and capable. But the more he talked, the less I believed him.

I enjoy a lot of privileges. I’m middle class and I go to a good school. On top of that Asian Americans just seem to fare better in terms of bias and racism — at least these days.

I think it’s important to acknowledge that privilege exists. We don’t have to become defensive, and we don’t have to feel guilty for it, but we do have to know when it’s there.

I’m not white. I’m also not not-white. So it’s fuzzy figuring out exactly what privileges I benefit from.