This story is part of  Youth Radio’s Double Charged, a special investigation into the U.S. juvenile justice system. 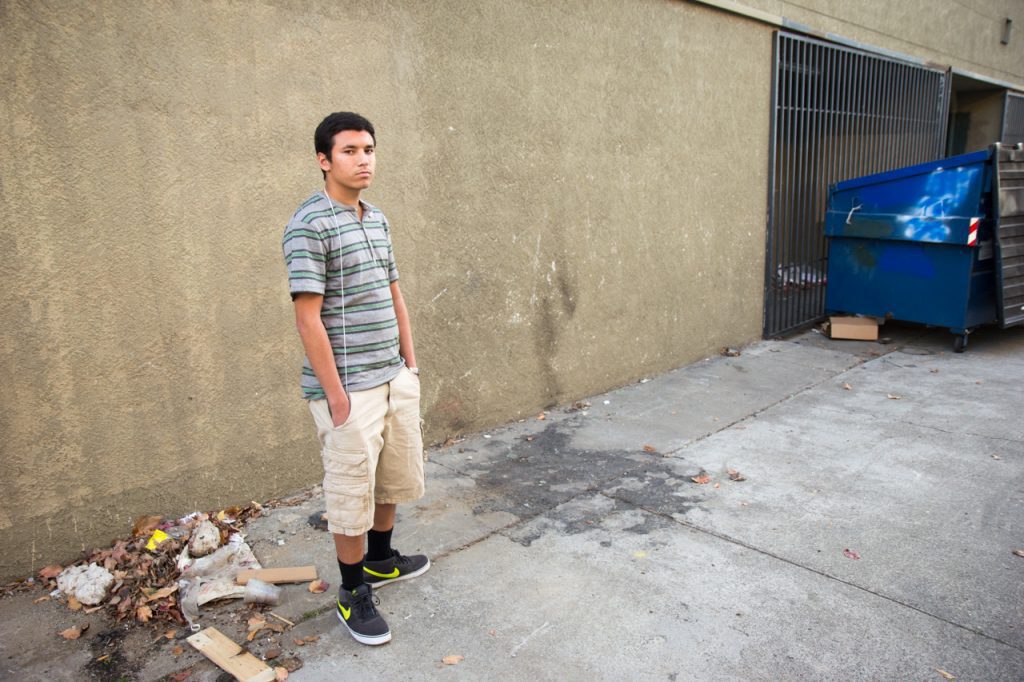 Ricky Brum standing near the scorch mark left behind by a fire he set in a Manteca, Calif alley. Photo: Brett Myers/Youth Radio

Ricky Brum stood in an alleyway behind a furniture store in Manteca, California, and to be honest, it was a little awkward. He didn’t really want to be there. Last February, Brum set some cardboard boxes on fire just a few feet away.

“Just that right there,” he said, pointing to a black spot on the pavement. “Just a little burn mark on the floor.”

That “bam” changed Ricky Brum’s life. He was 15 when he set the fire. It was his first time getting in trouble with the law. He was lucky: his charges were reduced to a misdemeanor. Brum went on probation, and juvenile hall.

Brum, and his mom Leanne, thought the worst was behind them. But then, while meeting with their public defender, they found out about restitution. 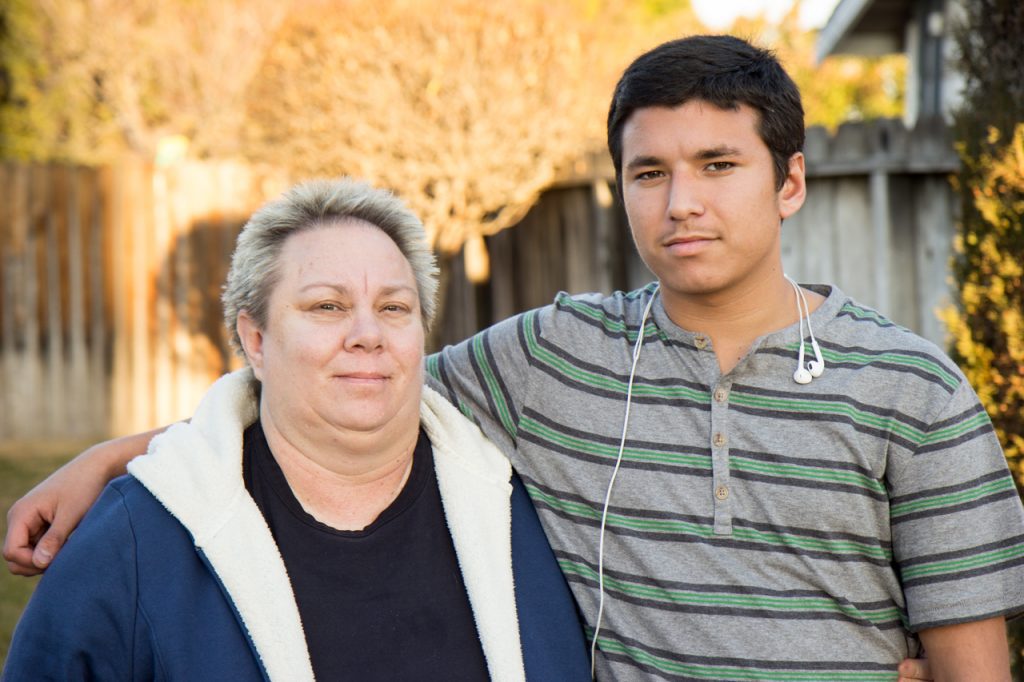 Leanne Brum and her son Ricky faced more than $221 thousand in restitution for a trash fire Ricky set when he was 15. Photo: Brett Myers/Youth Radio

“We thought it was a joke,” said Leanne Brum.

Sitting at his kitchen table, Ricky Brum flipped through the restitution claim. Even though the fire department report said there was no damage to anything in the furniture store, the owner claimed his entire inventory of nearly 1400 items was smoke damaged.

The Brum family is fortunate. They own a house and have homeowner’s insurance, and the insurance company went to bat for them, negotiating the restitution down to $10,000, and paying for that amount.

Restitution laws are by in large designed, to “make victims whole,” by requiring offenders to repay victims for their financial losses. Some states limit restitution for juveniles. In Missouri, restitution is capped at $4000 for juvenile offenders. In New York, it’s fifteen hundred. But in California, there are no limits to how much money minors can owe victims, often on top of serving time behind bars.

Christine Kroger is Ricky Brum’s attorney, and she argues that restitution is anything but rehabilitative for young people. “What we see is that it’s all about punishment,” said Kroger. “For example, there’s a whole caseload of kids that have satisfied every other term and condition of their probation, but they just don’t get off probation because they still owe money.”

Restitution can’t be erased by claiming bankruptcy. And if restitution is still owed by the time offenders turn 21, it can turn into a civil judgment. Victims can garnish up to 25% of offenders’ wages, can take their tax refunds, and place liens on property.

Sueann Koster’s grandson threw a pool party at her house while she and her husband were away on vacation. The grandson was in high school, and one of the teens who came over to swim came back and robbed her. 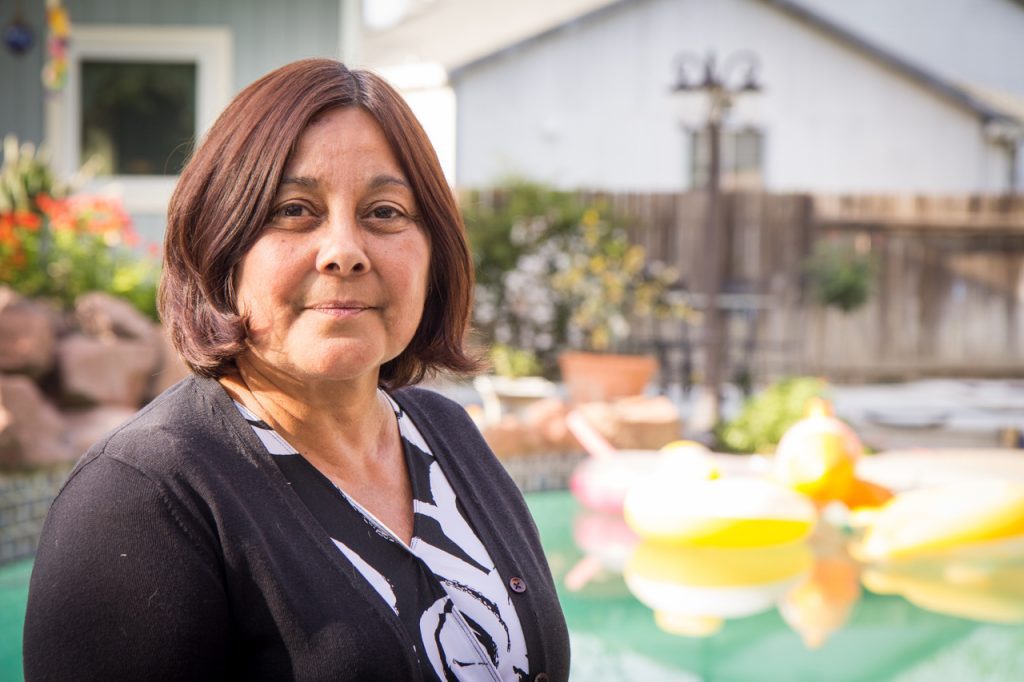 Sueann Koster in the backyard of her Woodland, California home which was burglarized by a teen. Photo: Myles Bess/Youth Radio

At the time, Koster was recuperating from breast cancer. She said, “I had done a year of chemo and my husband told me he wanted to take me on a little trip. Well, when I came back I was not just a victim of cancer, but of a burglary.”

The teen stole jewelry including her husband’s wedding band and a necklace Koster got as an anniversary gift, and in court, Koster says the teen spat at her to intimidate her from claiming restitution. 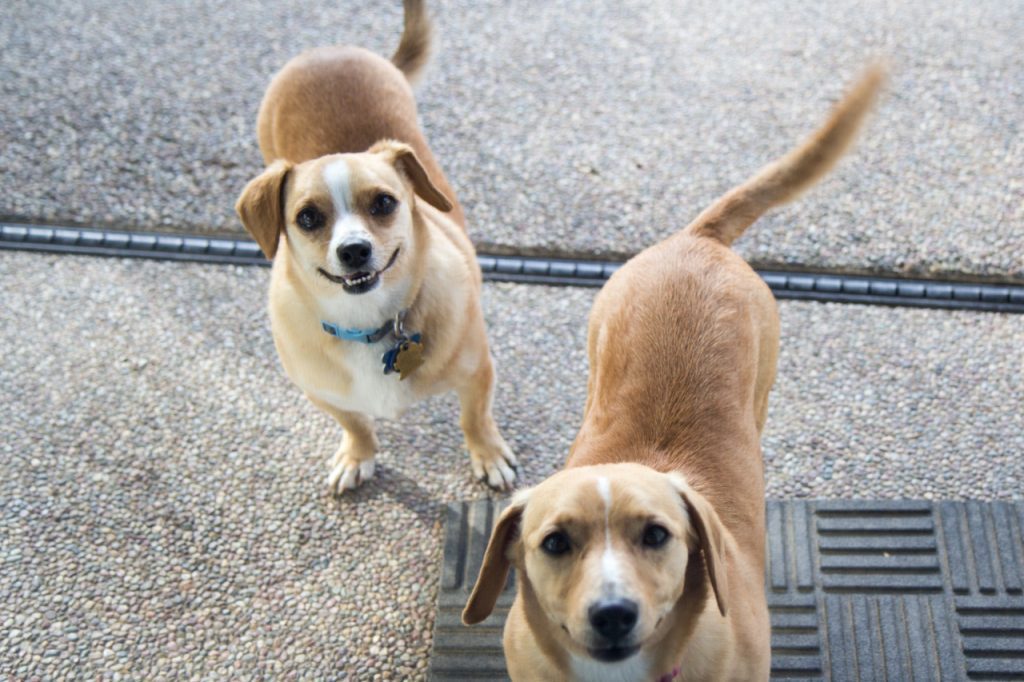 Sueann Koster adopted Dorothy and Toto as guard dogs after her home was burglarized. The cost of spaying and neutering was covered by restitution. Photo: Myles Bess/Youth Radio

“Well he did not realize that the more he did that, the more I was determined.” said Koster. “You know, ‘You little punk. You’re not going to intimidate me.'”

Koster won $2600 restitution for the stolen jewelry, and another $6000 for things like mileage, lost wages, and the cost of new security upgrades to her home — including the cost of spaying and neutering her new watch dogs Dorothy and Toto.  The offender still owes Koster about $1000 dollars in interest but has otherwise paid the restitution in full.

Payment is rare. There are no statewide statistics on juvenile restitution, but Youth Radio collected numbers from three of California’s largest counties and found that less than 30% of restitution amounts are paid.

“I think that people recognize there are certain dollar amounts that are not going to be paid at all, ever,” said Roger Chan, who runs the East Bay Children’s Law Offices in Oakland. Juvenile law, said Chan, is about reform, giving young people a chance to start over. However, Chan argues that restitution too often gets in the way because it saddles kids with unreasonably high debt.

“If you order such a huge amount of restitution to a young person who has no ability to pay it, how meaningful is that as a consequence,” asked Chan. “Is that really an effective way for the young person to be rehabilitated and is that really beneficial to victims?” 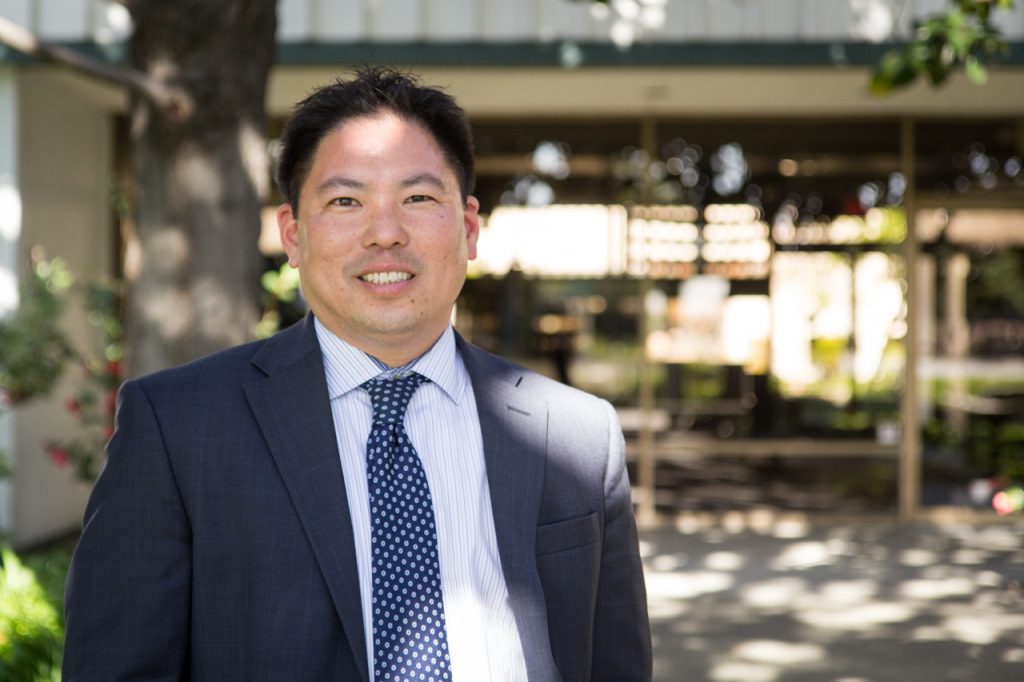 Chan is trying to change California’s law to let judges consider a kid’s ability to pay. It’s not just for the benefit of young offenders. Chan says it’s for victims too, because when restitution sums are realistic, he says victims are more likely to get paid.

To say that juvenile restitution is complicated is an understatement. It’s a process that wrestles with two competing philosophies around the idea of justice: justice for victims who have the right to be paid for their losses — even when the offender spends time in jail — and justice for juvenile offenders, who need to be held accountable but also allowed to move on from their crimes, and from the system.

Double Charged is a special investigation into the U.S. juvenile justice system, produced by Youth Radio.

What Is It Like to Age Out of Foster Care During the COVID-19 Pandemic? 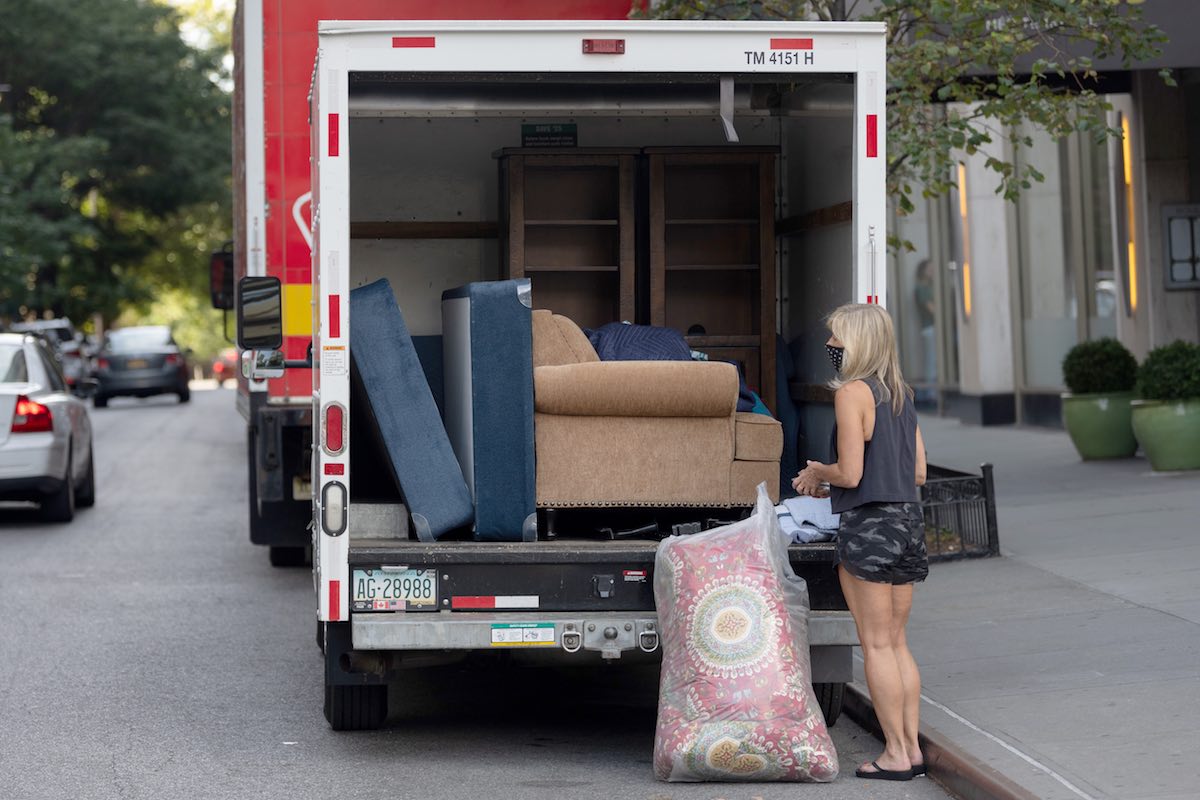 California Is on Fire 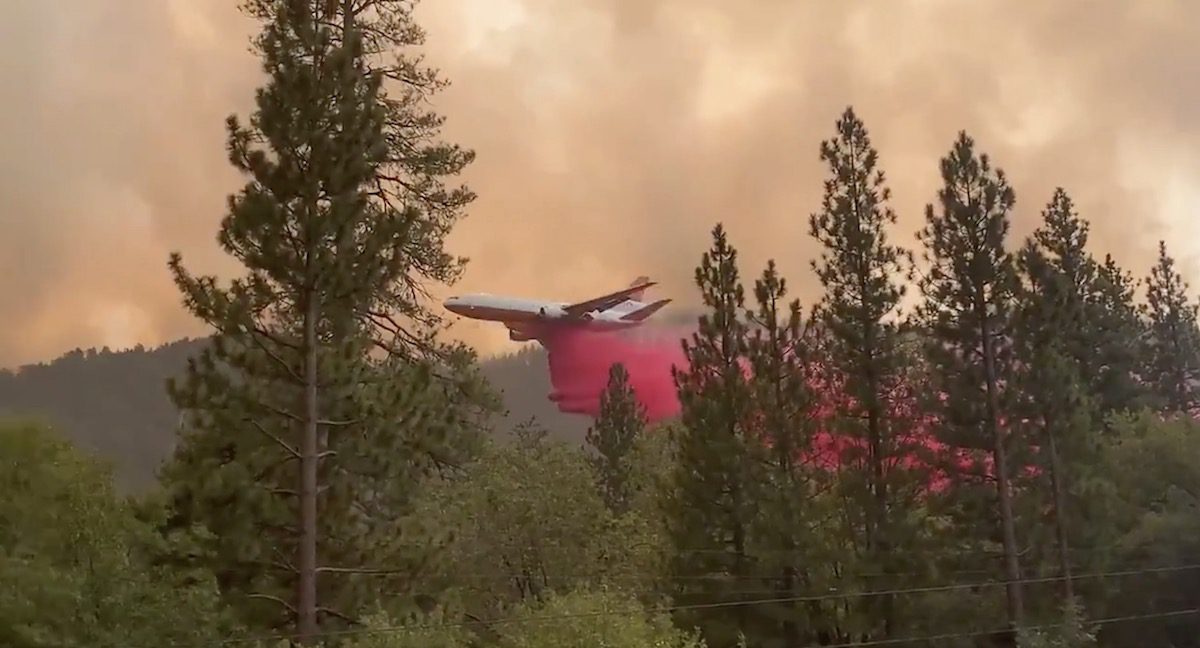