Throughout the COVID-19 pandemic and civil unrest of the year, the news cycle has been spiraling with content but election coverage has dominated over the past few months.

As voters head to the polls to decide whether President Donald Trump will get four more years, or if Joe Biden will change the political spectrum, all candidates are making their final push for support in the final hours of voting.

YR Media asked young voters, “What drove you to the polls today?”

Most voting locations in the state are closed, but all Spalding County polls are open until 9 p.m. local time after computers went down earlier.

Near Ebenezer Baptist Church in Atlanta, Georgia, Jordan Bogle, a first-time presidential voter and junior at Oglethorpe University majoring in Politics and Communications, couldn’t hide his excitement as a voter.

“I’m super passionate about what’s at stake in this election, especially for young voters, there’s so much on the line. It’s imperative that we get everyone out to vote,” he said.

The DACA program is a critical issue for him because “just the fact that they’re living in fear of deportation with this election literally makes me sick and I have to do something about it.”

Students on the campus of the Atlanta University Center which houses three historically Black colleges and universities — Clark Atlanta University, Morehouse College and Spelman College — voted at Morehouse’s Archer Hall and sounded off on a myriad of talking points they want made a priority for the next presidential administration.

Kendal Reed’s number one concern is “abortion rights … making sure women have the right over their bodies.” She also sounded the alarm about the affordability of getting a higher education and more support for HBCU students.

Racial unrest and police brutality was at the top of Khai Simms mind during the campaign season. “I voted early to make sure my vote was secured and that I didn’t have any problems today, and to just avoid the lines and everything,” said Simms, who also said environmental issues were important.

Oakland Residents Opted For ‘Ceremonial’ Voting Instead of Early Voting

Voters at Oakland Technical High School and the Alameda County Courthouse preferred to vote on Election Day, and wanted to stress personal accountability during their civic duty.

Although early voting options were available, Rosie, 26, said she’s at low risk in terms of COVID-19 because she’s been staying at home and practices social distancing. She felt comfortable voting in-person without putting anyone at risk.

“I like voting in person, it feels ceremonial to me,” she said. “Here in California, voting in the presidential election is obviously important but a lot of the measures that are on the California ballot and the local races in Oakland are really what brought me here today.”

First-time voter Lemar Key said research and accountability brought him to the polls.

“I’m busy so early voting just didn’t happen, also I wanted to take a little time to look at the measures and see what resonated with me,” The 26-year-old said.

It was a family affair for 24-year-old Jasmine Bledsoe.

“I came out here today to really ensure that my voting counted and it mattered. There’s been a lot of rumors going around that voting early wasn’t going to count and all this and that, so I really wanted to just come out here, today with my family to put that vote in,” she said, adding, “If justice is to be served in our country, why not come to the place where justice is handled? The courthouse.”

In Lafayette Park, directly north of the White House, young voters talked about what their process of voting has looked like, why they’re taking to the streets in D.C. and what issues are most imperative to them during this election.

Tsega Afessa, Bella Royer, and Audrey Ledford said they all voted ahead of time by mail.

Afessa said the important issues are “environmental issues, criminal justice reform. Social justice issues in general are for me, paramount to economics and our policies around taxes and things like that.”

Both Afessa and Ledford attested being anxious about voting by mail but were able to submit their ballots, Afessa by going home to drop off the ballot in a drop box and Ledford by giving her mom the ballot when she visited her daughter in D.C.

Royer, who relocated from Oregon, said “It’s a state that’s been all vote-by-mail for years. So all I had to do was change my address when I moved here and I got my ballot sent to me and then I mailed it back and I confirmed and it’s been received.”

Morris was in the park Tuesday because they were “here when they tear-gassed the folks at Lafayette Park in June … So I figured I’d come and see what’s happening and I’m thinking about coming out later tonight so I was kind of gonna gauge how violent it seemed.”

Voters outside of the University of Michigan in Ann Arbor talked about issues important to them during this Presidential election as well as the ways in which they voted.

Keely S., 25, said COVID-safety and gender issues are at the top of her list. Early voting wasn’t convenient for her because of her class schedule, but she “did an absentee ballot.”

Sophia, a 20-year-old junior at the university said the process went smoothly and the lines were short. This is her first time voting in a presidential election and said “reproductive rights and climate change are my two biggest issues.”

RELATED:
Voter Registration is already higher for the 2020 election than days before the 2016 election 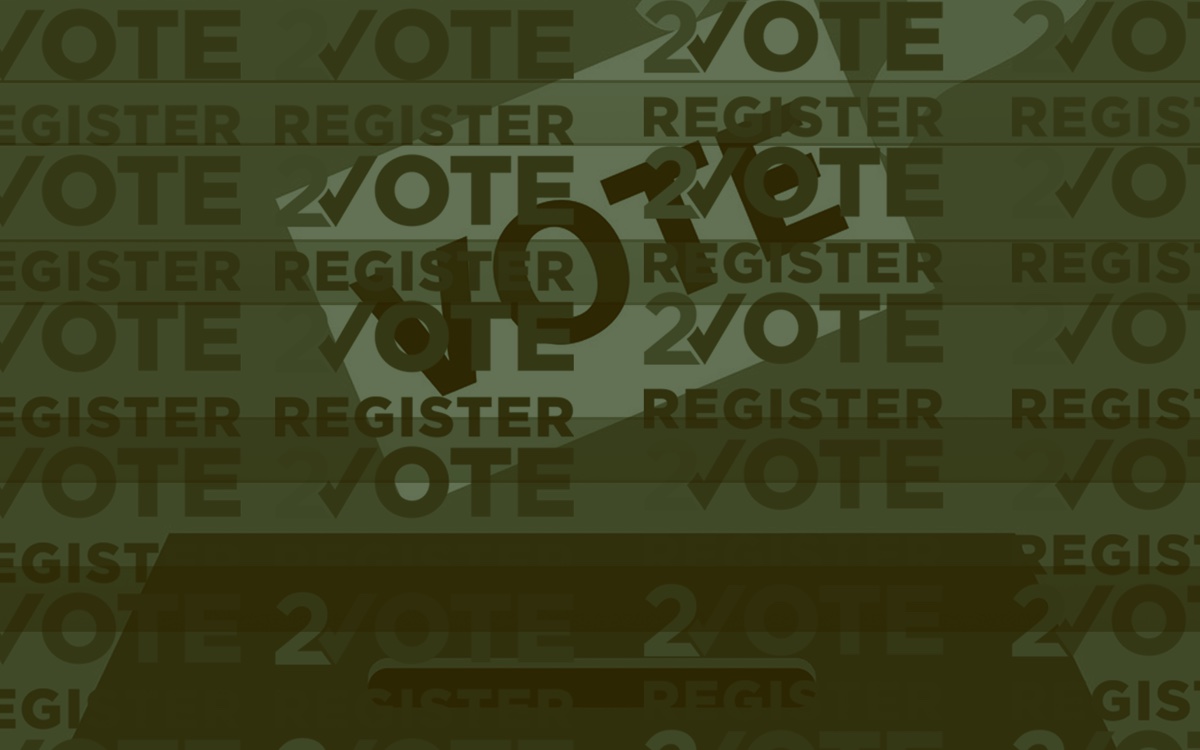 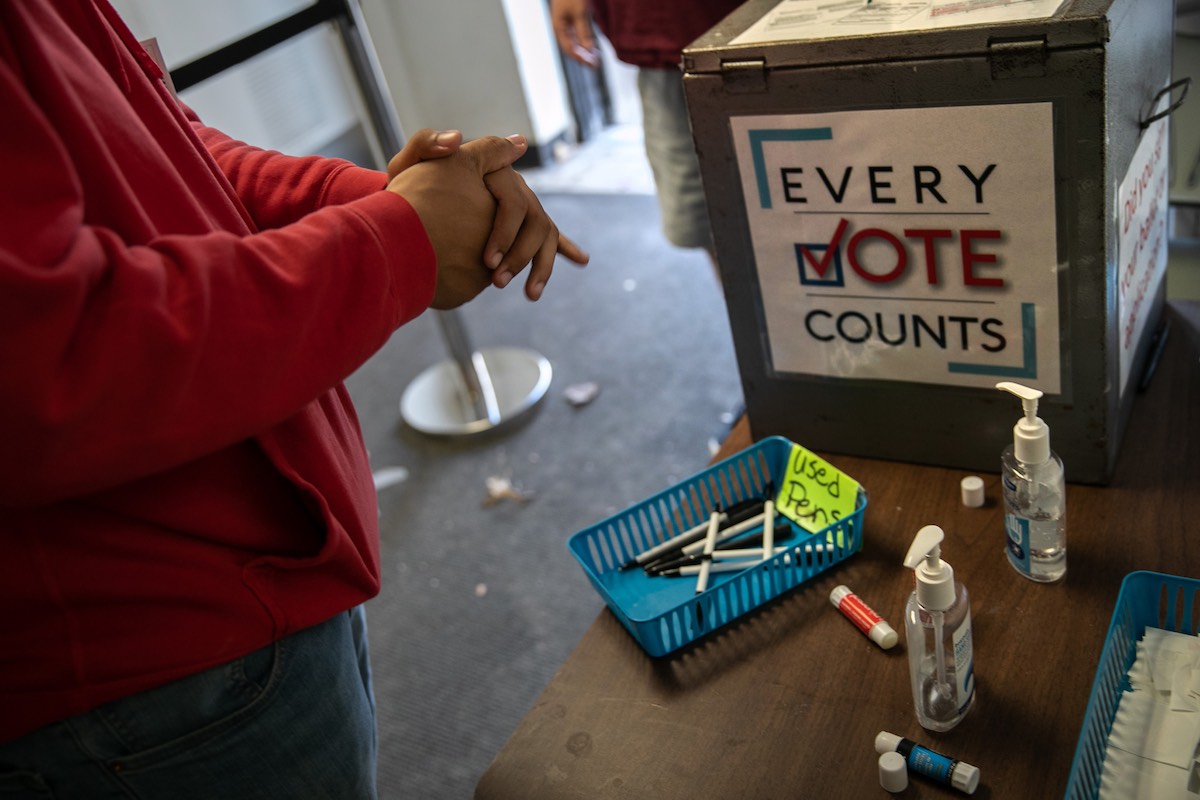 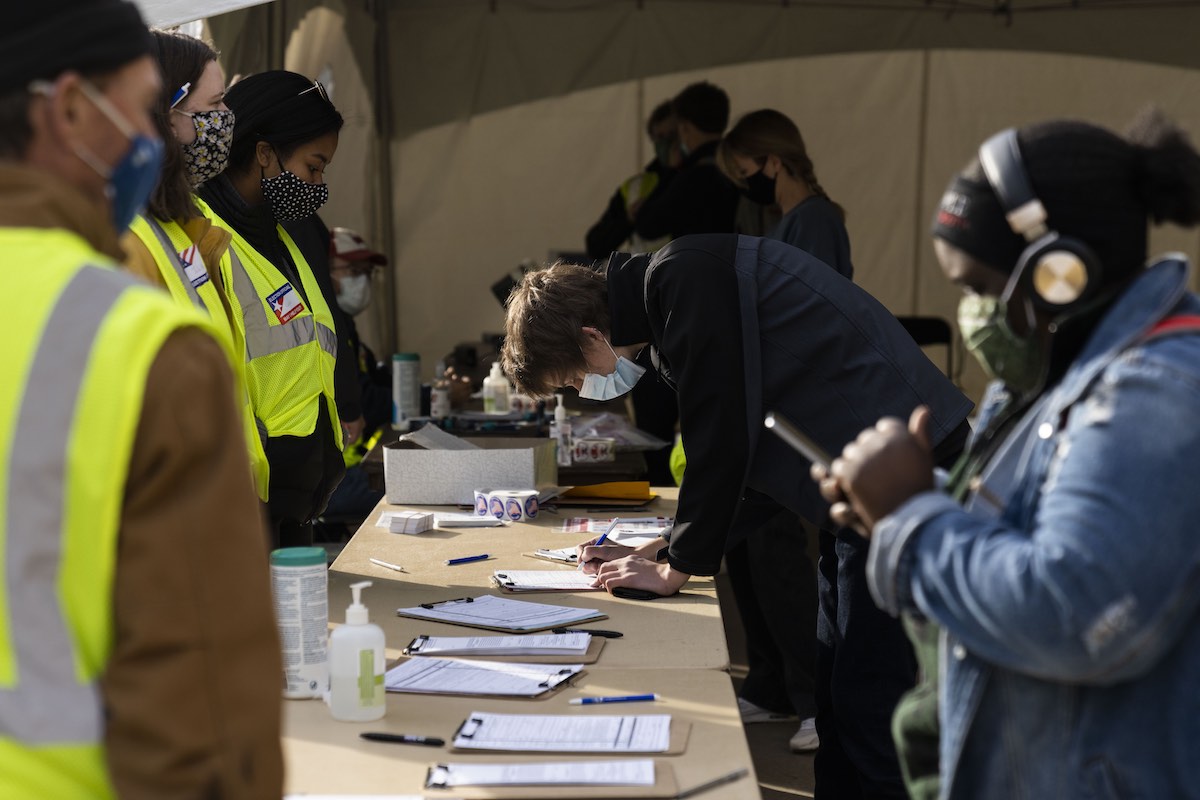