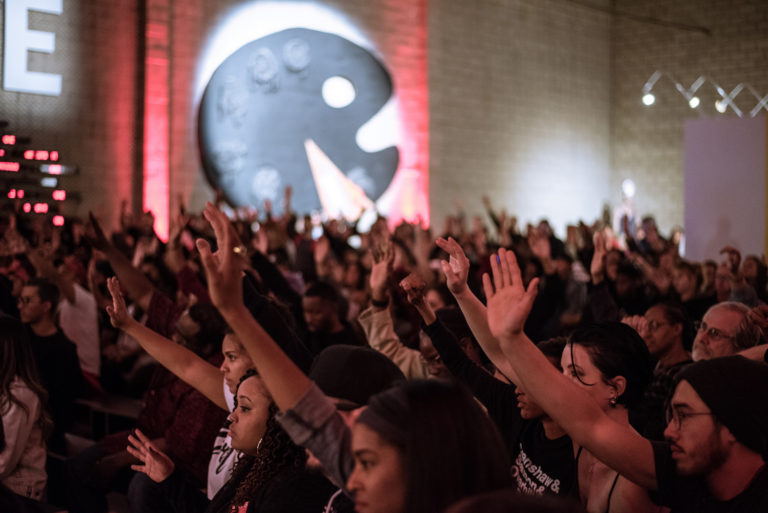 Last month, the hushed tones of people analyzing art filled a labyrinth-style gallery in a downtown Los Angeles warehouse. Heads tilted to find hidden writing and details in paintings of Black and brown folks in painful and joyous situations.

A booming echo of ceramic plates smashing against a wall punctuated conversations in the gallery. The artistic plate destruction was a part of an installation where people wrote words like “patriarchy” and “oppression” on dishes before shattering them.

This art installation was one of the main attractions of the first “Into Action” social justice festival held in Chinatown. Hundreds of families, friends, and solo patrons filled the warehouse gallery, and an “impact hub,” a smaller warehouse a few feet away from the main gallery.

The goal of the art was to inspire people to think deeply about issues like homelessness and White supremacy. People of color and other minority groups have used artistic expression as a refuge from the violence and crushing weight of racism and poverty. Presenters from organizations like the American Civil Liberties Union (ACLU) and the Poor People’s Campaign (PPC) sought to turn the emotion caused by the provocative art displays into actions that will contribute to the uplift of underserved communities.

The main goal of the festival was to encourage people to act and prepare folks to leave the event ready to commit to a social justice cause.

Economic inequality was a major theme in the event’s art displays and panel discussions, and activists with the Poor People’s Campaign (PPC) put the plight of low income folks as the focal point of their installation. PPC staff brought a mule wagon (a mule drawn wagon complete with wooden wheels and a linen top) to the Impact Hub as a reminder of the historical struggles facing folks who live in poverty.

The mule wagon became a symbol of the national campaign inspired by Martin Luther King Jr.’s 1968 movement to bring together “poor people from across the country for a new march on Washington.”

PPC staff set up a replica of the mule wagon that was used during the original caravan to protest gross economic inequality in the United States. The wagon held pots, canned foods, and other essentials that people took with them as they marched from Mississippi to the nation’s capital. Festival goers could also watch a video inside the wagon about work the PPC is currently doing.

Kait Ziegler chairs the PPC’s California steering committee, and said that touring the mule wagon from state to state is necessary to ensure that low-income people are at the forefront of PPC’s message. She says PPC does this by “making sure that impacted folks are a part of the creative voices.”

The necessity of working directly with underserved communities was also emphasized during a “Know Your Rights” workshop, which featured activists from Black Lives Matter and the ACLU.

“It’s about taking the art and making it meaningful, making it matter,” said Felecia “FeLove” Leneé, program director for Compassionate ARTS, the group that brought the panelists together.

Compassionate ARTS is a branch of Compassionate California, a statewide initiative to “foster the fundamental principles of universal justice and respect.” Leneé and her staff displayed tall cardboard lampposts that had civilian’s rights regarding filming the police painted on them. Leneé said these pieces were special because they were an opportunity to bring “cops into a conversation that they normally wouldn’t join,” Leneé said.

Panelist Jasmine Adbullah, founder of Black Lives Matter in Pasadena, also spoke about the use of art as a tool to dispel popular stereotypes of activists as “angry, violent folks.”

“It’s imperative that we get out there, and we show the beauty and the joy of activism,” Abdullah said.

She is adamant that attendees become “activated” and continue participating in social justice movements after the art and revelry of the festival ends.

“What we have to do as Black and brown people is build momentum,” Abdullah said. “In these spaces, it’s our duty to call these people out. We’re not doing a justice to our people if we don’t.”

Click here to see highlights from the Into Action Festival. 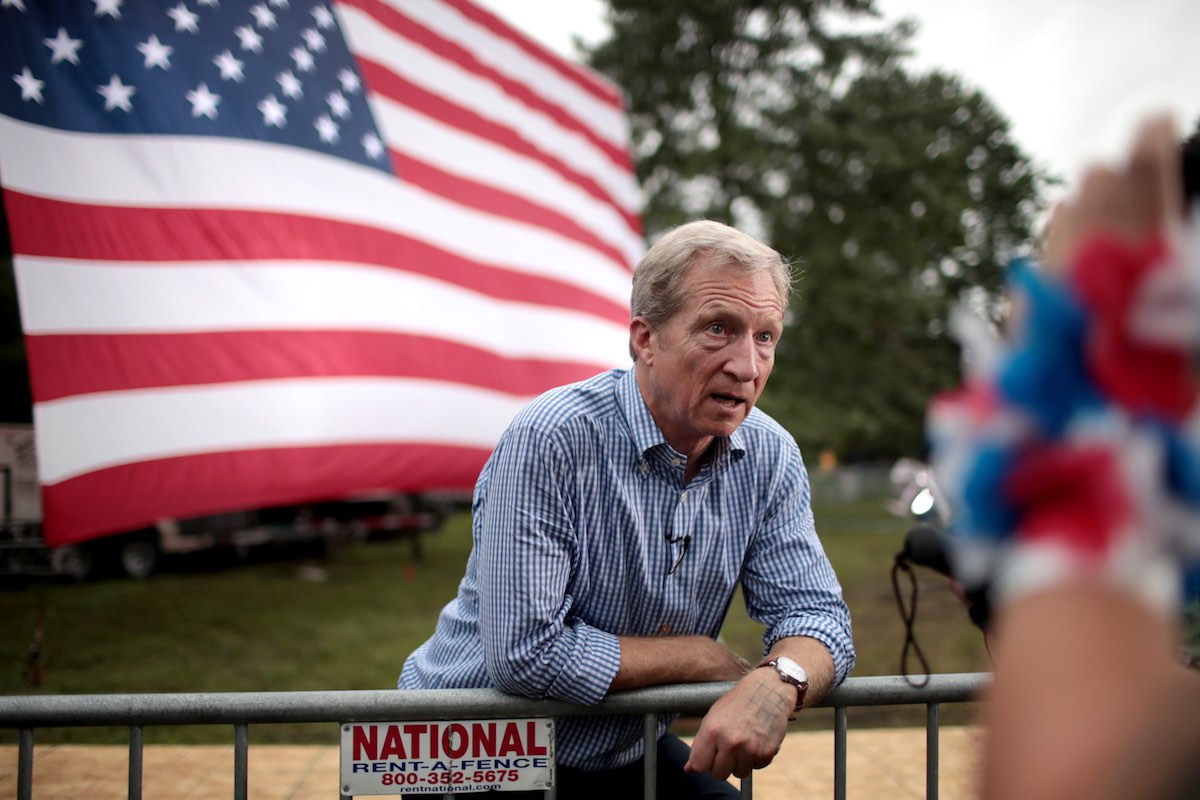