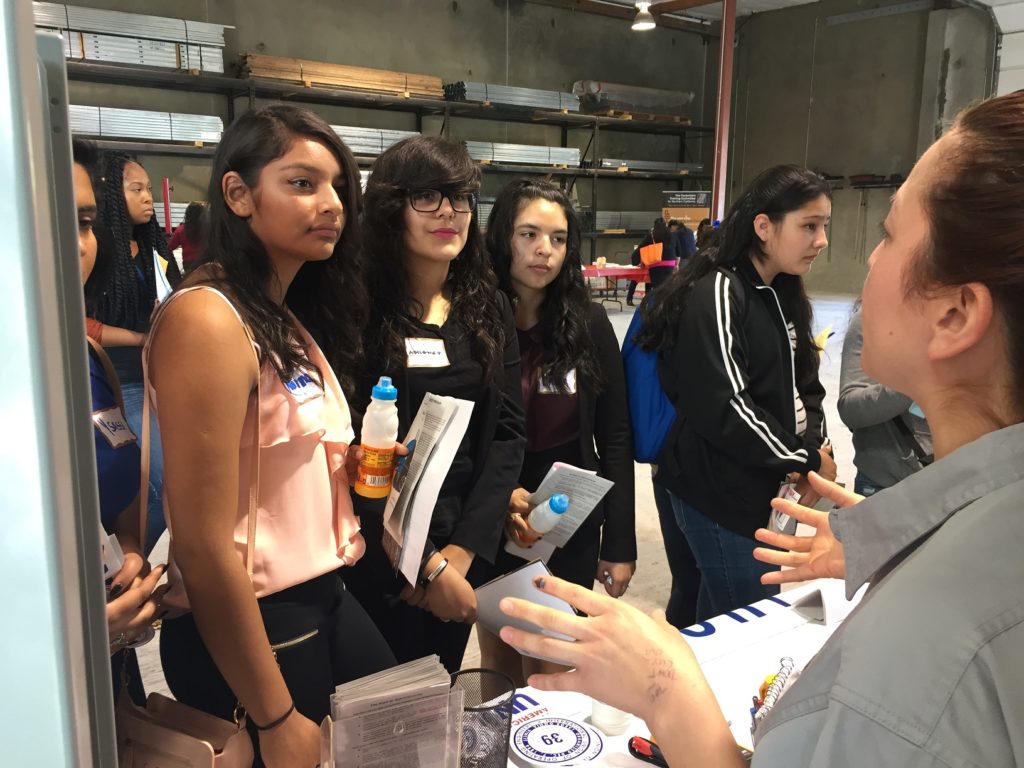 As sexual harassment revelations break out across the country, #MeToo continues to be in the headlines. But what’s at stake for young women entering the workplace? Youth Radio’s Nina Roehl spoke with Malinda Tuazon, an investigator at the Equal Employment Opportunity Commission which is the federal agency that enforces the laws that prohibit discrimination in the workplace, about advice she has for young women.

This interview has been lightly edited for clarity and length.

Nina Roehl: Legally, how are people protected against sexual harassment in the workplace?

NR: I’m a young woman at one of my first jobs here at Youth Radio, and I’m going to be entering the workforce, so what advice do you have for young women who may be sexually harassed at work?

MT: One of the things that I always recommend to people is if you feel like you’re being harassed or in any other way discriminated against, take really good notes and keep a journal of what happens. This can be what someone says to you, what day it was, what time it was, and if there were any witnesses.

I think it’s really important for people to understand that a person does not have to be a victim of sexual harassment themselves to report it or even do something about it. [It’s important to] do something to either stop it or engage the person who’s being subjected to it. Ask, “Is there something you would like me to do to help you?” We always recommend if you’re going to be an active bystander, you should get the consent of the person who has been the victim of sexual harassment before you talk with management or Human Resources. Otherwise,  encourage the person to talk with H.R. management themselves.  But I always recommend young people to report these incidents– if not just for themselves, but to try and prevent it from happening to other people in the future.

NR: Personally, I think it’s really inspiring to see all these people step forward using #MeToo, but are there consequences or retaliations when coming forward in such a public way?

MT: I can certainly imagine the social consequences of people coming forward and in a public way. In the workplace, people who complain about sexual harassment get protected from retaliation. That’s not to say that they won’t be retaliated against but if they are, they can file to start an investigation. Depending on how strong the evidence is that links the complaints to the action, then it’s likely that we would find retaliation, discrimination, and a violation of the laws that we enforce.

NR: What is the process like once you come forward with a sexual harassment report? What does it entail?

MT: Under the law, when an employer gets a complaint of sexual harassment, they are required to respond promptly and adequately to ensure that the sexual harassment stops and doesn’t occur again. Oftentimes if you’re going to your employer, they’ll either take the complaint directly or refer you to Human Resources.

So, sometimes an employer will do an investigation regarding the sexual harassment, or they will just interview the person who was harassed and maybe the alleged harasser. Sometimes they will issue some discipline or they will just talk to the alleged harasser about their behavior, assuming it will stop from there. If a person wants to come to our agency and file a charge of discrimination, you have to do it within 300 days of the most recent incident of harassment.

NR: Is there anything else you would like to add?

MT: One of the communities that [the Equal Employment Opportunity Commission] is really reaching out to is immigrant communities. In immigrant communities, youth often are the conduit of knowledge and information for their families. So, it’s really important for youth to know about a lot of these laws, because even if they’re not the ones who are being discriminated against or harassed or sexually harassed, one of their parents could be. So, this is great legal information they can bring to their family.