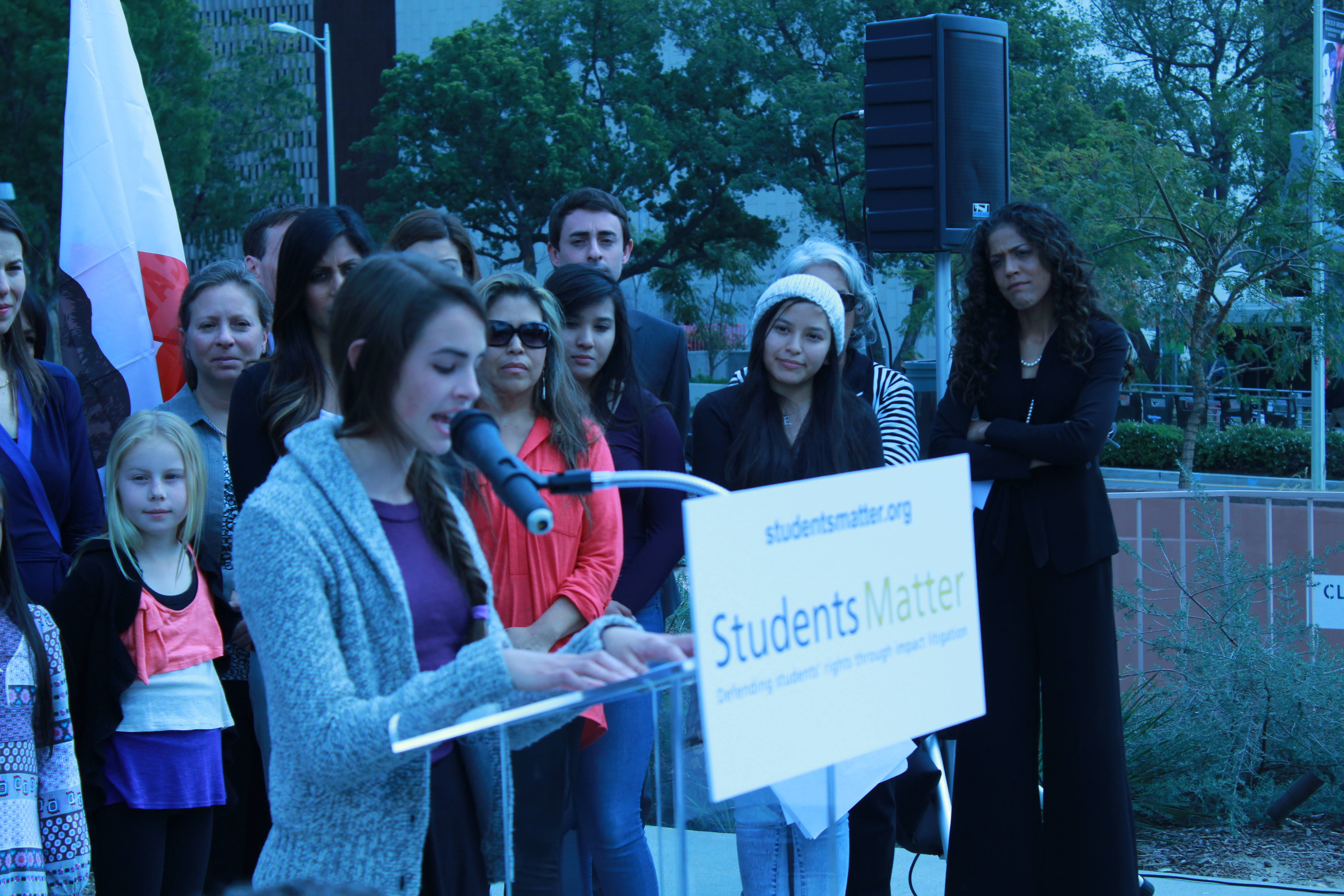 The next few months will be anxious ones for advocates and opponents of tenure for public school teachers in California. A landmark lawsuit over the issue, Vergara v. California, came down to one final day of arguments in March. Nine student plaintiffs from around the state testified that tenure hurts students, while teachers testified that it’s an important job protection.

Many of the student plaintiffs traveled to Los Angeles for closing remarks, from fourth grader Clara Campbell, whose head barely cleared the back of the courtroom bench, to Brandon DeBose Jr., a high school senior.

During recess DeBose and some of his fellow plaintiffs gathered around the court’s cafeteria lunch tables. They all agreed on one thing that could improve their schools. “I think the number one thing that I would want to change is (to have) teachers who genuinely care about your education,” said Raylene Monterroza.

Elizabeth Vergara nodded. “I’d do the same: have better teachers.”

Both students have horror stories about bad teachers, like one that let kids smoke pot and another who called Latino students “housecleaners” and “cholos.” The case zeroes in on the ease with which teachers get tenure and how hard it is to get rid of the worst ones. But after more than a year of coaching from a high power legal team, these students echo their lawyers’ talking points.

Brandon DeBose Jr. attends Skyline High School in the hills overlooking Oakland, where his classmates are also critical of some of their teachers, but are more willing to share the blame.

Students also say sometimes it’s on the administration to provide support to struggling teachers, and conduct more comprehensive assessments of teachers that include student input. Because, as Skyline student Dacobi Anderson explained, administrators aren’t getting the whole story. “For instance, like a teacher could put up on a different attitude, like they’re frontin’ when an administrator or someone of authority over them is in the classroom, but as soon as that administrator leaves they go back to the same old habit,” he said.

Kids see things administrators don’t. That’s the idea that drives the research of Harvard Economist Ronald Ferguson, who’s been studying students’ ability to assess their own teachers. According to Ferguson, “the student surveys are perhaps the most reliable measure of what goes on in a classroom.” 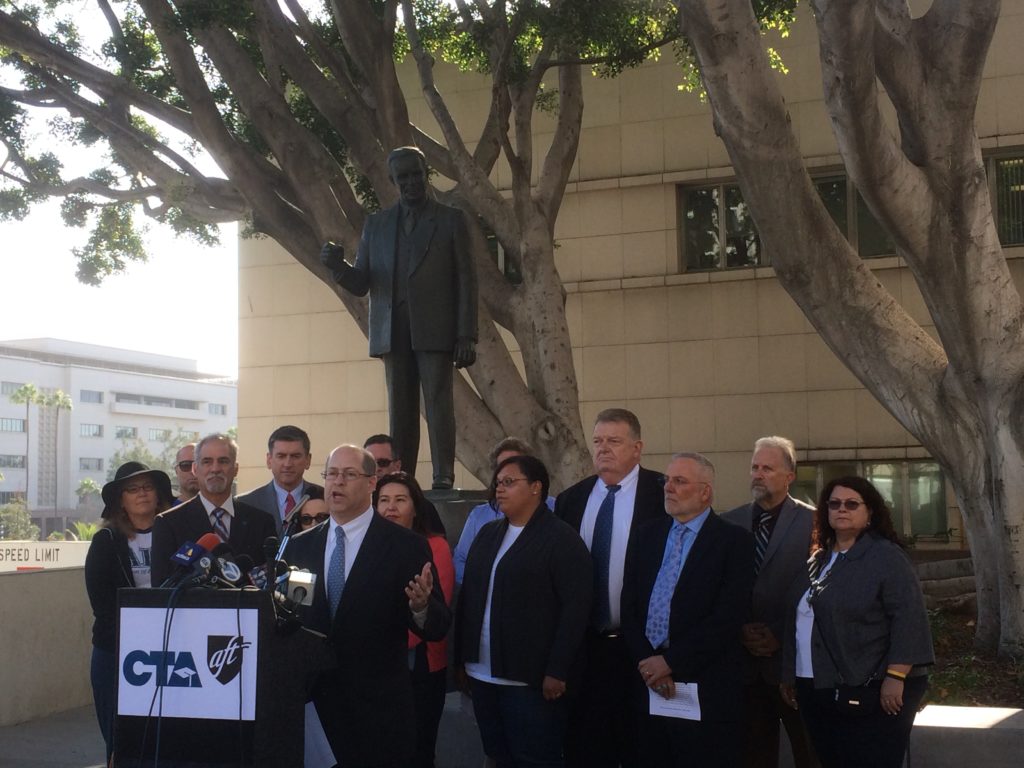 Ferguson said student input should be included when measuring teachers’ ability. This doesn’t happen in California public schools, but kids like Julian Hamiliton are eager for the chance to grade their teachers. “A good teacher keeps a student up, keeps him positive and makes sure they’re on their game.” He contrasted this with a “bad” teacher, who “puts you on an island and hopes that you survive.”

Dave Orphal, a former teacher’s union rep who is tenured at Skyline, said we already have a way of dealing with bad teachers. “The reality is that there’s a process by which I can be released for unprofessional conduct that takes a couple of years.”

For him, the Vergara lawsuit misses the real issue. “We’re losing so many great teachers before they become as great as they could be because of the lack of support,” he said. “Somehow the solution to that is making it easier to fire more teachers?”

According to industry analysis, nearly half of all new teachers nationwide will leave the profession in their first five years of teaching. Second year social studies teacher at Skyline, Amanda Doamaral, is in that crucial period. “This year is a lot better than last year. Last year was really rough, you know, first year teachers are just trying to figure it out,” she said.

In addition to the steep learning curve, teachers in California can lose their jobs without warning or cause for their first two years. This coming fall, at the start of Doamaral’s third year, she will have earned the benefit of tenure. “You can take more risks with students if you know your principal is not just going to walk in and fire you,” she said. “I’m sure I would think about going on field trips.”

But to the main backer of this case, wealthy Silicon Valley businessman and charter school proponent, Dave Welch, too many grossly ineffective teachers hide behind tenure laws. “I would say its clear that these laws seriously do hurt children,” Welch said, “and they hurt a large number of children hundreds of thousands of children a year are impacted by teachers in this system that are ineffective at their job.”

The issue of teacher tenure in California public schools is now up to a judge– a decision is expected this summer.