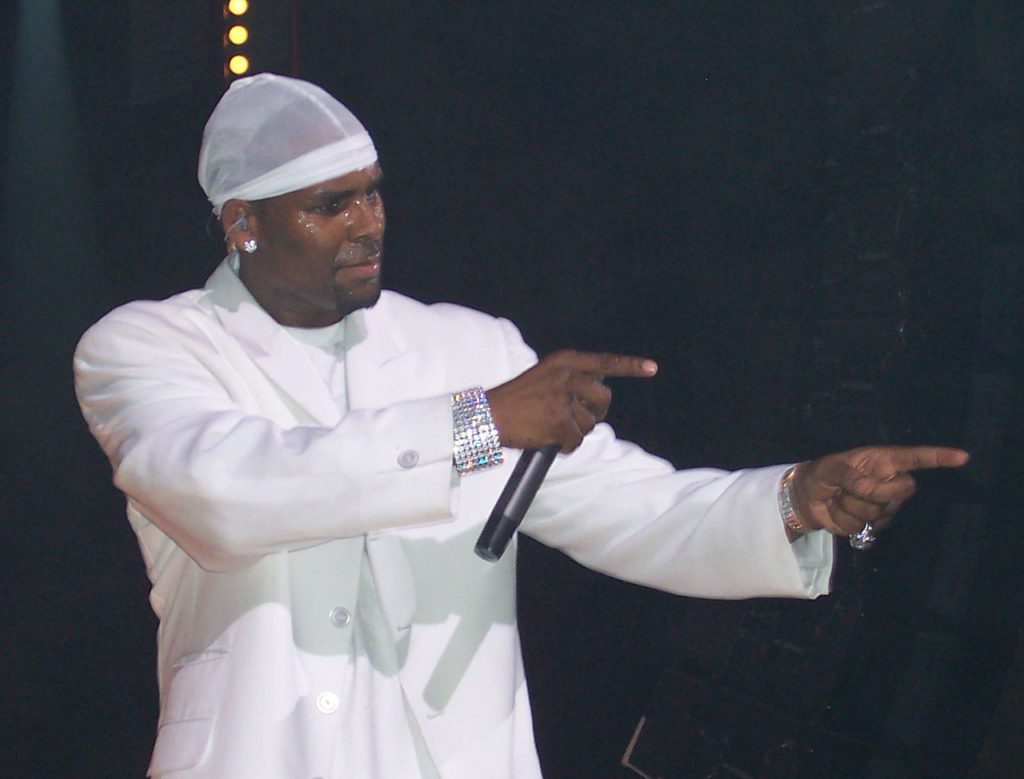 By now, we all know about the latest chapter in R. Kelly’s sexual deviancy, this time captured in Buzzfeed. In the article, several parents allege that Kelly brainwashed their daughters, controlling their lives, preventing them from talking to their families and running some sort of sex “cult.” That’s pretty awful stuff by itself, but what makes the story even more damning in my mind, is that this isn’t even the first time the author, Jim DeRogatis, has presented with details of R Kelly’s ghoulish actions.

But this isn’t a post to condemn R. Kelly. You don’t need me for that when his actions speak for themselves. I want to talk about why we are OK  with our celebrities using their fame to harm others.

R. Kelly’s career has spanned decades, and public knowledge of his many instances of manipulation of women has followed him for the majority of it. This is a man who married a 15-year-old Aaliyah in his late 20s, made sex tapes with underage women, the list goes on. Yet he’s shown that he can move past any and all lasting impact from these actions, the Ignition Remix is still a cultural touchstone, and in Oakland, a kid friendly R. Kelly singalong was planned until shortly after news broke of these latest allegations.

It’s understandable why we all like celebrities. Music/movies/TV shows/etc all take varying levels of importance in our lives, and we fall for the fake image of the creators of it. We invest countless hours into the art produced by celebrities and into the celebrities themselves, I know far too much about John Boyega and John Darnielle and I regret little about that.

However, this investment makes us defensive, we don’t want to believe that someone we’ve invested all this time in would say, hold six women across two cities in bondage and dictate every minute detail of their lives. And sure, there is little that you or I can do that will have much impact on the life of R. Kelly or the women that he’s tormented.  But you likely know people who have experienced some sort of sexual or relationship trauma of their own, and should take them into consideration when that Ignition Remix pops up.

People talk all the time that you should separate art from the person who made it. This often comes up around people like Woody Allen, Orson Scott Card, Roman Polanski, and of course, R. Kelly. Personally, I find that at best lazy and at worst enabling terrible people to continue on their merry way. I don’t ask celebrities to be perfect, everyone is flawed and has their demons. I just ask that they not be, you know, sexual predators or dedicate themselves to making lives worse for marginalized people.

We can and should allow people to make mistakes, even tragic ones, yet the amount of music made by people who don’t actively target minors is more than enough for me not to care how good music made by sexual predators can purportedly be. Our lives are very short, there is no possibility to see all the good movies or hear all the good music. You would require several lifetimes to hear all the good R’n’B music that isn’t made by R. Kelly.

While some have talked about this being Kelly’s, “Cosby Moment”– the moment which finally seals the deal on him, I am less convinced. While I would love to be proven wrong, the odds just massively favor that he will be back. It’s cheaper and easier to “rehab” a star’s image than to make a new star. Mel Gibson is back in everyone’s good graces; Chris Brown never truly left; Casey Affleck’s punishment for sexually antagonizing two women was to rebrand himself as an Oscar-winner who shows up doing yearly attempts to be Jack Nicholson in Five Easy Pieces.

It’s not about these men redeeming themselves and changing, it’s cold economics. Which is of course, a tragedy; you should want R. Kelly to be rehabilitated for no other reason than wanting one less predator out there.