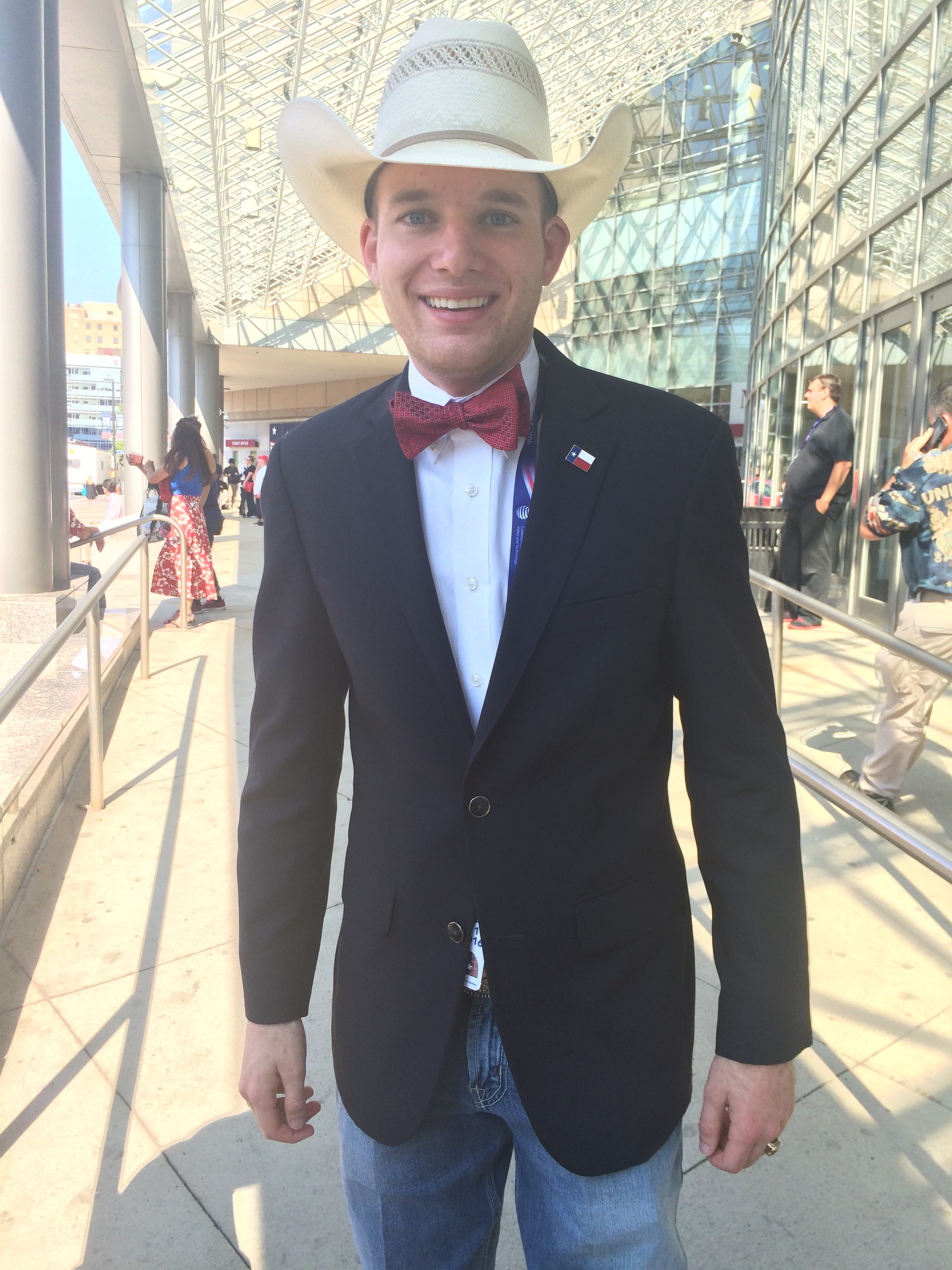 Colton Buckley is a Texas delegate and Log Cabin Republican.

I’m young and queer, and it’s hard for me to accept that there are politicians who want to pass legislation that would make big parts of my life illegal. It’s also hard to accept that there are gay people who would vote for these politicians. I’ve never met a gay conservative in the Bay Area, but I’m not in the Bay Area this week: I’m in Cleveland, covering the Republican National Convention for Youth Radio.

The president of the Log Cabin Republicans, Gregory T. Angelo, has called the 2016 Republican platform “the most anti-LGBT platform in the party’s 162-year history.” Yet that’s not enough to get the most well-known gay Republican group to abandon its party.

Log Cabin’s Colton Buckley, a 21-year-old GOP delegate from Gainesville, Texas, holds dear what are to him core Republican values. To Buckley, the Republican Party represents equality and the ideas of Abraham Lincoln. Though many in his party disagree that gay and transgender people are included in that vision, he insists the platform is an appeal to a disappearing minority of conservatives.

Buckley is the first gay Republican I’ve ever met. He struck me as a sincere guy with a deep sense of pride for his state and country, so much so that he wears his cowboy hat every day. He told me that most other Republicans he has met have supported his coming out — which he did in a big way.

After the shooting at the Pulse nightclub in Orlando, Fla., Buckley decided he couldn’t be silent about his sexuality anymore. He came out in a television interview on The Blaze, the conservative network founded by Glenn Beck.

“No longer was I the closeted elephant in the room,” Buckley says. “People at this convention and across the state of Texas shake my hand and pat me on the back and say, ‘What you did was just, and it’s opening the door for other people.’”

We talked about a variety of topics — I was surprised to hear about some of his more liberal positions on social issues, such as supporting drug decriminalization and prison reform. But most of Buckley’s views are completely in line with traditional Republican talking points: He’s a fan of low taxes and limited government. He told me his mother had him when she was 19, and he’s strongly pro-life. He carries a gun with him to defend himself against potential homophobic attacks.

For Buckley, the attack at Pulse was a defining moment where his support for LGBTQ rights intersected with his beliefs about terrorism. He says he and other gay conservatives who share his beliefs think that the United States should take a stronger position against Islamic extremism. It is this stance that divides those like Buckley from an LGBTQ community traditionally associated with liberal values.

Buckley represents a changing Republican Party, changes he believes must be embraced for the GOP to stay relevant to younger voters and future generations. It makes me optimistic to hear how well his sexuality has been received by other conservatives. Even if I don’t agree with some of his policy positions, by making a safe space for gay, lesbian, bisexual and transgender Republicans, he’s doing a great service for the future of his party.