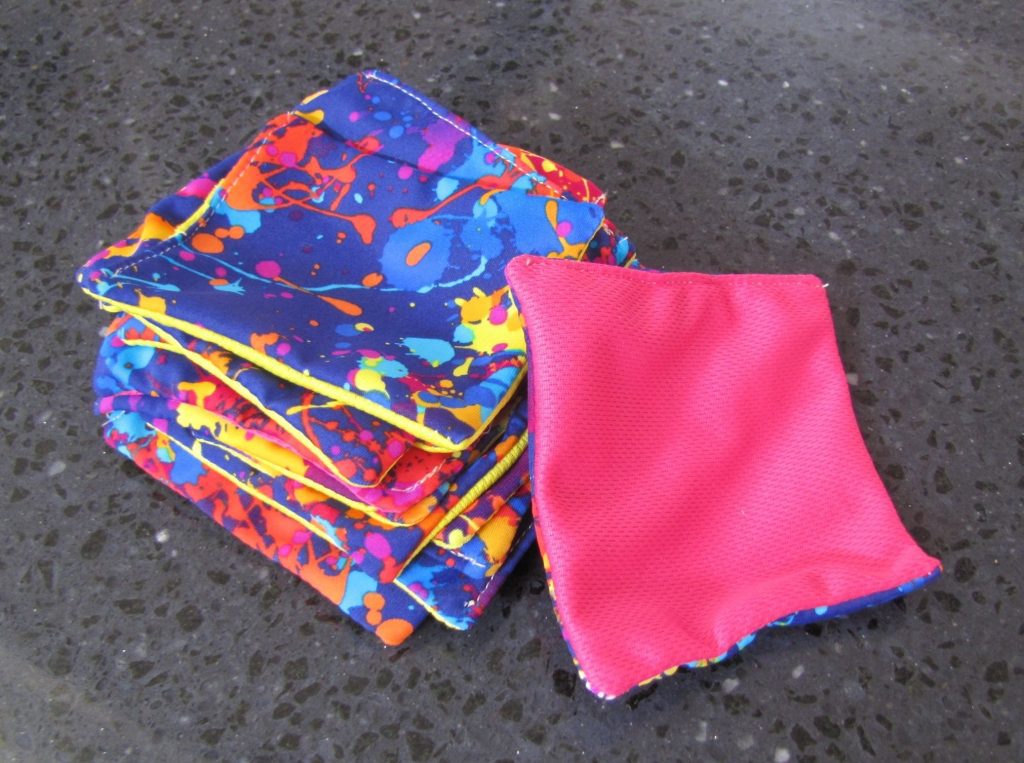 Back in high school, Jasmine Adams developed a little trick while she was doing her makeup. Little did she know it would lead her to win a national contest for young entrepreneurs.

“I grew up as a swimmer and I used to just have a lot of swimsuits laying around my room,” Adams said. “So when I used to do my makeup every morning, I would mess it up sometimes, and one day the swimsuit just happened to be the closest thing lying there. So I just grabbed it and tried to wipe off my hands on it and then wipe off the makeup and it worked really well.”

Adams continued to use her swimsuits to fix her cosmetic mishaps until she finally decided to cut up her older ones and stitch them together into pocket-sized pieces. This is the foundation of her business, Smudgies: double-sided cloths made from swimsuit-like material.

But a business takes more than an idea: it takes a plan. That’s what Adams had to come up with as part of what she thought was an ordinary entrepreneurship class. As it turns out, the class was sponsored by NFTE, the Network for Teaching Entrepreneurship. In a class of five girls and three boys, Adams created that business plan and a presentation she would go on to present in front of investors at a local college.

“I was not happy at all about it,” Adams said. “I wanted to drop the class because I hated public speaking and it just didn’t sound like something that I wanted to do at all. [But] once I started going to the competitions, I found out that I actually kind of enjoyed it. It gave me a lot more confidence; it made me really want to pursue the business a lot more.”

Before she knew it, Adams placed first at the regional competition and second in the state, both taking place at the College of Charleston. This led to an invitation to nationals where she presented Smudgies.

After going for several rounds of presentations and questioning, she won the $10,000 first place prize.

“[I was] really shocked, honestly,” Adams said. “Throughout the day, it was just running through my head, like ‘I can’t believe that this has all happened.’ It was pretty overwhelming actually. But I was just really grateful for NFTE and for all the opportunities and for all the people who helped me get there.”

Adams now attends the University of Dallas where she plans on majoring in business and English alongside improving her startup company. Moving away from her home in Charleston, South Carolina, Adams connected with Angel Factory in Dallas to manufacture Smudgies on a larger scale and ship them off nationwide.

It’s a far cry from how she started: with only an old sewing machine and a pile of worn swimsuits.

“The hardest part [about making them] was using the sewing machine at home. It was just my parents old sewing machine they’ve had for decades,” Adams said. “So it would break every five that I would try and make.”

While those days are behind her, Adams still packages the Smudgies herself. Things have changed a bit since she switched to mass production: there are fewer styles than when she was still making them at home, but she is happy with the quality of the product.

In the next few years, Adams plans on recruiting other students to help package and get more of her designs into the factory production. She hopes to expand the product line and find other uses for the fabric, eventually selling the company at some point, thinking it may catch the eye of makeup companies.

If nothing else, the journey has been educational.

“Having a business has actually been really helpful because when I take my business classes like accounting, I have really good real-world examples that I can apply and I can definitely then use what I’m learning in my classes to help me run the business.”

Not bad for an idea that started with a makeup mishap.