Donate Now
Sign outside 12 For Life factory in Carrollton, Georgia, where teens in danger of dropping out of high school are employed making copper wire for stores across the country. Photo: Joe Hirsch/Youth Radio
09.27.13 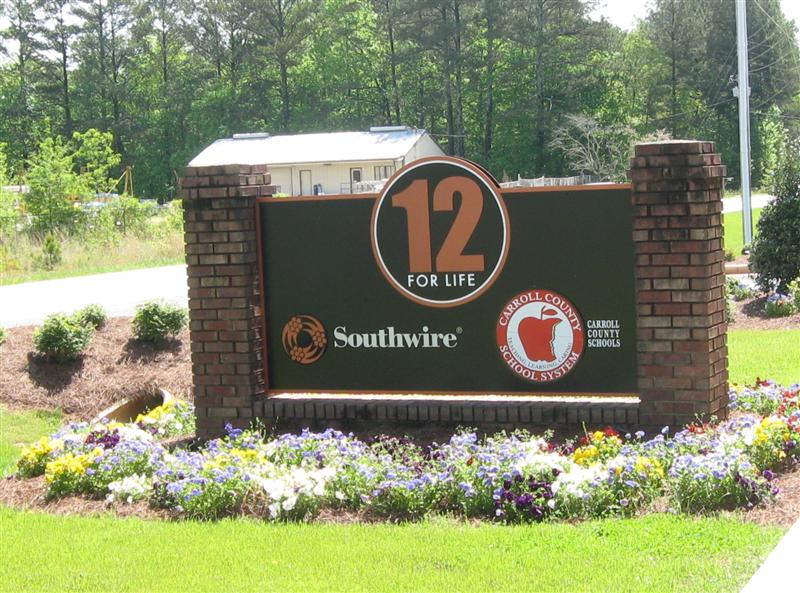 Sign outside 12 For Life factory in Carrollton, Georgia, where teens in danger of dropping out of high school are employed making copper wire for stores across the country. Photo: Joe Hirsch/Youth Radio

The 12 For Life factory in Carrollton, Georgia is filled with teenagers. It’s part of a company called Southwire, one of the country’s top manufacturers of electrical wire. On the factory floor, teens are standing at machines wearing goggles, ear plugs, and some even wear steel-toed boots. They wear t-shirts with local high school logos. They man huge, conveyor-like machines that wrap metal wire around over-sized wooden spools.

Deriek Foster is one of about 170 teens who work here. He’s a safety inspector. He’s 18 now, and started when he was a junior in high school.

“When I first got here you’d be pulling wire, making reels, or get on spool line which is an assembly line to make spools. There’s quite a few different things that you can do,” said Foster. 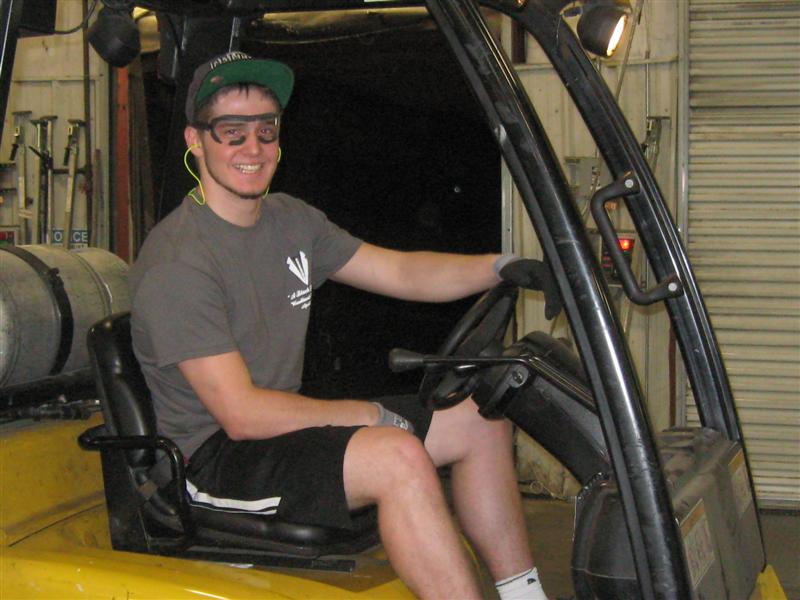 To get this job, Foster met some pretty unusual qualifications. Southwire Vice President Mike Wiggins listed them off.

Basically, students have to be at risk of dropping out of high school to land a job here. It’s all part of a program called “12 For Life.”  Southwire created it in 2007,  together with the local county school system, to try and improve the dropout rate and improve the lives of teens like Deriek Foster.

“I don’t like to make excuses but I had a lot of things going on at home,” said Foster. “I’m pretty sure I wouldn’t have finished high school. I’m pretty sure I’d probably be at home right now sleeping.”

Instead, while working here, he continued studying. He finished his junior and senior years, working and studying at school and at the factory. In fact, there are classrooms right in the middle of this 92 thousand square foot facility.

Medina Parrish is a shy 19 year-old. When I met her, she was trying to finish up her high school degree and learn skills she needed for her job at the factory. She was making eight bucks an hour, 75 cents more than Georgia’s minimum wage.

“I was able to get what we actually needed. It was kind of relaxing for my dad and me and my sisters. And so it kind of gave me an ease to look forward to the future,” she said.

When students achieve perfect attendance in school, they get small pay raises, or performance incentives. Wiggins explained, “We do things the county schools can’t do.”

So, what’s in it for the company?

“Being selfish, we put 12 For Life in place to help us assure that we had a workforce,” said Wiggins. 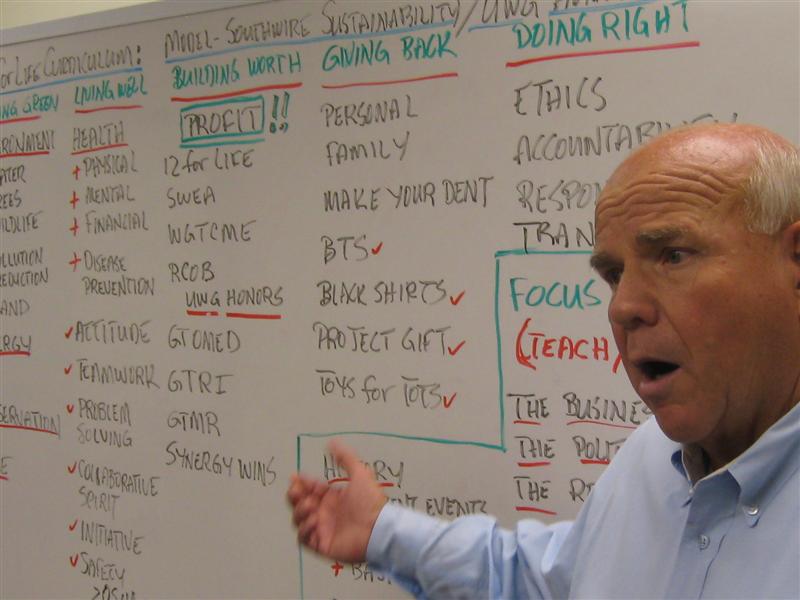 Tom Smith is a Professor of Education at Vanderbilt University. “I think you might have some concerns that the training would be so specific to the needs of a particular company, that those skills may not be portable to other companies,” he said.

Smith says programs like this need to get the balance right between vocational training and academic knowledge.

Still, he adds, Southwire is trying to solve a problem that stymies many schools, tend to deal with struggling students by simply holding them back, or making them repeat classes.

But this program worked for Deriek Foster. He has a good part-time job — not bad in a county that has an unemployment rate of more than ten percent. And he attends college now that he has a high school diploma.

“Being able to accomplish something that I didn’t know that I could do, tells me that I can do anything that I set my mind to. And I didn’t believe that for a long time, and now I do.”

County school officials say the high school graduation rate has gone up by 10 percent from six years ago, and they say the 12 For Life program is the reason.