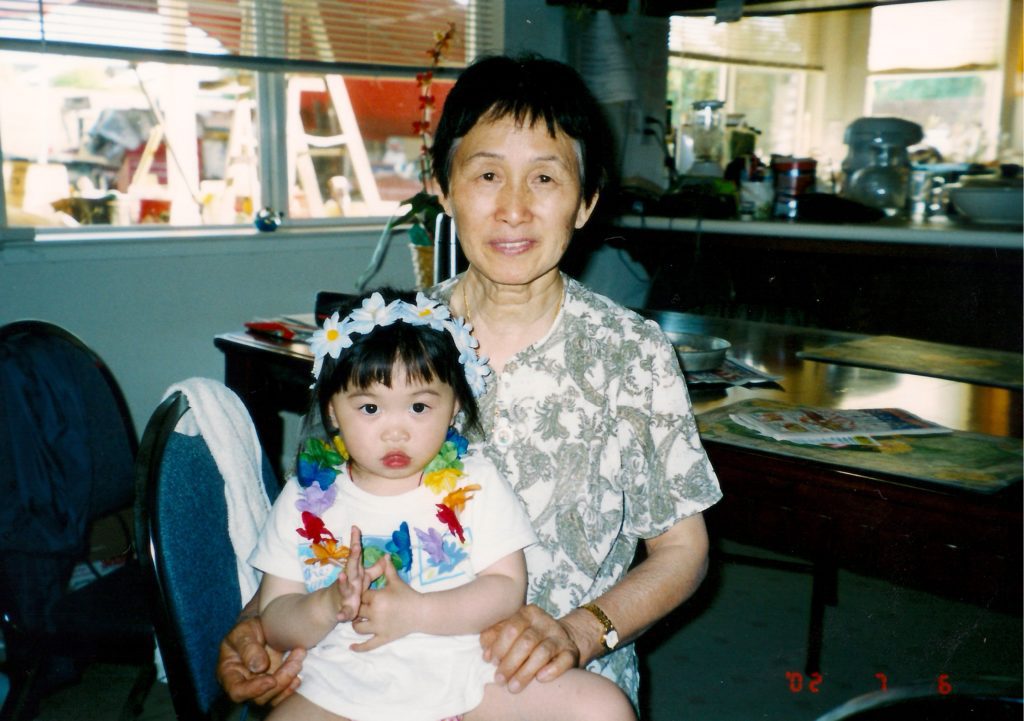 My grandparents opened a restaurant in 1989 in the corner of a small shopping plaza at the center of Madera, California. Since then, my grandma has opened up the lacy curtains to reveal the restaurant’s red interior and simple oriental lanterns every morning with a small smile and wrinkled hands. My mom and her sisters have fond memories of waiting tables, while my grandpa and grandma coaxed hot oil into woks and threw savory spices into the mix.

Stepping into my grandmother’s shoes, I discovered the amazing strength she had to start a life in America. Most people here don’t take time to appreciate living in a country known for its opportunity, but interviewing my grandma for my 10th grade oral history project made me realize the struggle it takes to reach the elusive American dream. It takes determination, hard work, and ambition, to transform a simple dream like finding a job into the achievement of opening up your own restaurant. With each generation craving more and more ambitious futures, it is important to realize the point from which all futures stem: for most Americans it begins with the need to find a job.

“Was it always your dream to open up a restaurant?” I asked my grandma.

“I just wanted to work,” she said. I couldn’t believe this. I had expected an explanation about a childhood fantasy. Instead, it was a matter-of-fact answer. It was the answer of someone who had come from a different world, where just having a job is a dream.

When I arrived at my grandma’s house that afternoon, several family members and I gathered in the small, cluttered homemade patio in her backyard, on chairs as old as me, 15. My mom helped translate between Cantonese and English. I was both excited and reluctant to interview her, but I knew I had to soon. In about an hour, she’d be cooking dinner for us, and nothing could distract her from that.

“What stories did you hear about [America]?” I asked.

“I didn’t know anything about it. I just came. How would I know what I would do [there]?” she said matter-of-factly.

Ida Tan Gong, 77, was born in Huadu, a small village in Southern China on the 5th of July, 1938. Her father died when she was young, leaving her mother struggling to make ends meet in a place where women, especially widows, were disrespected. Her mother lost most of their money and they were forced to become rice farmers. She met my grandpa through a matchmaker when she was 18, and soon learned at a young age her passion was cooking.

My grandma and grandpa continued to farm in their small village until my grandpa’s oldest brother, who had immigrated to America, told them that he could bring them over. They saved their money and in 1985 made the leap, arriving at the San Francisco airport ready to create a new life for themselves and their family.

“How did you feel when you first entered the U.S.?” I asked.

“I just wanted to work,” she replied, “You have nothing else to think about when you first come here.”

“Were you scared though?” My grandma shook her head as if in disbelief.

“No, why would I be scared?” She entered the U.S. believing it would be filled with skyscrapers, like in China’s big cities. Instead she saw “American houses [that] looked so small. Like a box.” In direct translation, she said they were like “pigeon houses.”

When I asked, “What did you think was interesting [about America]?” she answered: “Nothing.”

I was again amused by her honesty, though slightly in disbelief. How could you come to a completely different world and not think anything was fascinating? I soon realized that she probably had too much on her mind when she first arrived to let this massive change settle in. The only thing she could appreciate was that “the air was good.”

“Did you have any regrets about moving to America?” I asked.

“No. Everyone wanted to come to America. It’s always hard at first, but China was so poor, it was for the better.” However, she did say she “missed everything about [China].” When I wanted to ask my grandma if she had ever been frustrated with not being able to understand English, my mom didn’t even bother to translate: “Of course,” she said.

“Do you know what the American dream is?” I said after a moment. Then, she gave me the longest answer she had given in the whole interview.

“Do you think you have succeeded in accomplishing [the American Dream]?” I asked. She looked at her daughters and her husband and then me, contemplating the question, then finally said, “Yes.”

The normal gossip resumed around the patio as I slinked into the house. I watched my grandmother through the dusty window. At first I was relieved it was over, but soon I was happy she had shared so much with me. I know my dream will be much different from my grandmother’s, because I will not have to breathe air polluted by thousands. I will not have to go to sleep hungry at night. I will not have to live in a world where work is all I know and have to think about. I will be forever thankful that my grandmother has given this to me. I have been given a generous head start.