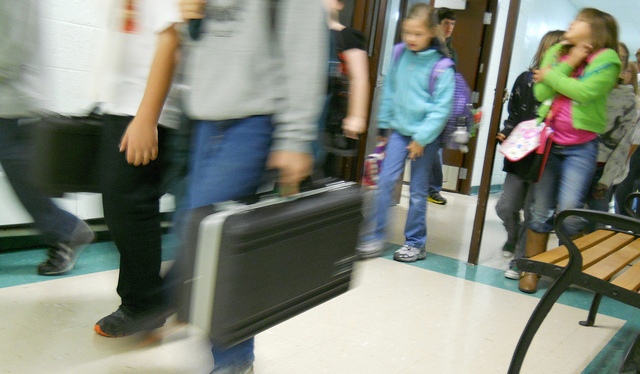 California is in the process of revising its school accountability system. Schools are traditionally measured by a number rating called the Academic Performance Index (API). Currently, the API is determined solely by state standardized test scores. Now, the California Department of Education is changing that formula.

Soon, test scores will only make up 60 percent of a school’s rating. The other 40 percent has yet to be determined. Public meetings begin this week all over the state, to get feedback about how schools should be measured.

Youth Radio’s Sophie Varon goes to Berkeley High School in Berkeley, CA. Her school’s API is 734 (out of 1000). For her, it was hard to believe that her school’s measurement was based on standardized tests, because she says many of her peers use testing week as a time to relax.Advocacy groups are pushing for the new API to address a variety of other measures, such as chronic absence, suspension rates, student physical fitness and graduation rates.

“What I find interesting is how I’m just learning how important this score is now,” she said. “A friend of mine last year filled in her scantron for the STAR tests with pictures of hearts, Christmas trees and whatever else came to mind… As far as an individual’s future goes, the standardized testing does not determine whether a person can succeed or fail. The results don’t show up on a high school transcript, and colleges aren’t able to see them in the admission process,” she added.

She thinks that school safety should be included in the new formula. “If a school does a great job at making its students feel comfortable and secure, then they should be rewarded with a higher API and as a result, more funding,” she said. “In light of recent events including the Newtown shooting… I believe that school safety is a concern that is especially relevant to this generation that deserves a unique and well-thought out plan,” she added.

Youth Radio’s Jahlil Jackson had never heard of the API, but he found it encouraging that schools take measurement seriously. “The API can be somewhat of a positive weapon… If there’s any preventative measure that can be taken to [ensure] a good API, schools will take it,” said Jackson.

But he had one question: “Why does is take a [rating] like the API in order for there to be more of a concern for more kids to succeed? After all, school was designed for success… There should be preventative measures taken prior to a student’s failure,” he said.