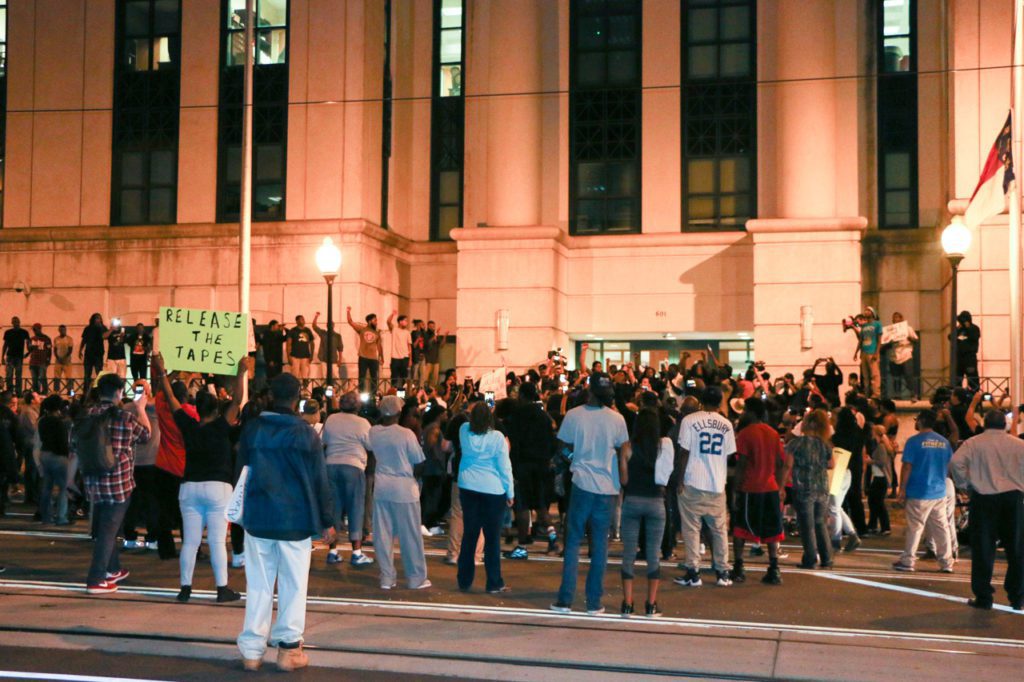 On Wednesday night, a peaceful protest over the killing of Keith Lamont Scott by a police officer in Charlotte, North Carolina turned not-so peaceful as protesters clashed with police. One protester was shot and later died of his injuries.

We spoke with Jessicah Kean, director of programming at Breathe INK in Charlotte, North Carolina, who attended the protest. Here are excerpts from our conversation.

Youth Radio: Okay so tell me about what happened last night, where did you go and what was going on?

Jessicah Kean: We started at Marshall Park and it was a youth-oriented protest organized by the million youth March of Charlotte. I would say probably about a thousand people would Gather By The Park and it was very very calm and very very peaceful from Marshall Park we marched up to the Charlotte-Mecklenburg police station and we gathered around the steps of the police station. 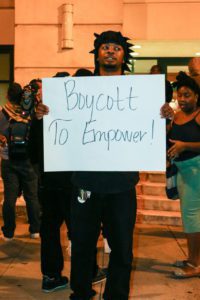 JK: It was very emotional. People were upset, and people were chanting things like “Black lives matter,” “Stop killing us,” “No justice no peace.” But overall it was very very calm [at first]. There were small children there. Everybody felt safe. It was well contained, I guess, and even when we got to the police station and the police came out to take American flag off the flagpole everything was still very very calm.

YR: And then when did things start to change? Obviously I mean things got intense.

JK: It did and it all happened so fast. So what happened was we were standing around chanting, and people were talking, and it was very calm. And then a group of police officers drove up in a truck with barricades and they asked the protesters to come down off the steps in front of the building, and they complied without issue. And [the officers] put up their barricades and then they drove down towards the epicenter. Shortly after that, a matter of minutes later, police officers came pouring out of the building and more drove up in head to toe riot gear, and they went down towards the epicenter, and the tone immediately changed. Everybody was scared. People started coming from the direction of the epicenter, kind of pouring out that area, and then ten minutes later, if that much, we were hearing that someone had been shot.

YR: What were people’s reactions when you heard that?

YR: Were you scared?

JK: I wasn’t scared at first because everything was so peaceful. I felt like everything was going to be ok at the end, though it was terrifying. It really was and to know that you’re out there in that situation and there’s literally nothing that you can do to improve your odds. It was really scary.

YR: What kind of stuff were you hearing from young folks that are trying to process this?